Michael Todd Landis, an Assistant Professor of History at Tarleton State University specializing in the intersection of slavery and politics in the 19th century United States, is the author of Northern Men with Southern Loyalties: The Democratic Party and the Sectional Crisis (Cornell, 2014). 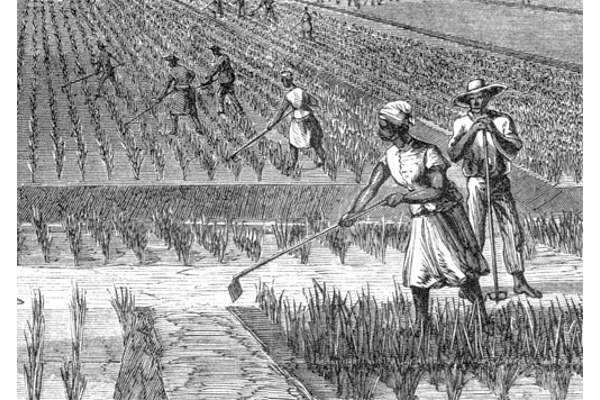 Let’s face it: a new generation of scholarship has changed the way we understand American history, particularly slavery, capitalism, and the Civil War. Our language should change as well. The old labels and terms handed down to us from the conservative scholars of the early to mid-twentieth century no longer reflect the best evidence and arguments. The tired terms served either to reassure worried Americans in a Cold War world, or uphold a white supremacist, sexist interpretation of the past. The Cold War is over, and we must reject faulty frameworks and phrases. We no longer call the Civil War “The War Between the States,” nor do we refer to women’s rights activists as “suffragettes,” nor do we call African-Americans “Negroes.” Language has changed before, and I propose that it should change again. 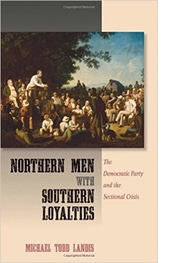 Legal historian Paul Finkelman (Albany Law) has made a compelling case against the label “compromise” to describe the legislative packages that avoided disunion in the antebellum era.1 In particular, Finkelman has dissected and analyzed the deals struck in 1850. Instead of the “Compromise of 1850,” which implies that both North and South gave and received equally in the bargains over slavery, the legislation should be called the “Appeasement of 1850.” Appeasement more accurately describes the uneven nature of the agreement. In 1849 and 1850, white Southerners in Congress made demands and issued threats concerning the spread and protection of slavery, and, as in 1820 and 1833, Northerners acquiesced: the slave states obtained almost everything they demanded, including an obnoxious Fugitive Slave Law, enlarged Texas border, payment of Texas debts, potential spread of slavery into new western territories, the protection of the slave trade in Washington, DC, and the renunciation of congressional authority over slavery. The free states, in turn, received almost nothing (California was permitted to enter as a free state, but residents had already voted against slavery). Hardly a compromise!

Likewise, scholar Edward Baptist (Cornell) has provided new terms with which to speak about slavery. In his 2014 book The Half Has Never Been Told: Slavery and the Making of American Capitalism (Basic Books), he rejects “plantations” (a term pregnant with false memory and romantic myths) in favor of “labor camps”; instead of “slave-owners” (which seems to legitimate and rationalize the ownership of human beings), he uses “enslavers.” Small changes with big implications. These far more accurate and appropriate terms serve his argument well, as he re-examines the role of unfree labor in the rise of the United States as an economic powerhouse and its place in the global economy. In order to tear down old myths, he eschews the old language.

I suggest we follow the lead of Finkelman and Baptist and alter our language for the Civil War. Specifically, let us drop the word “Union” when describing the United States side of the conflagration, as in “Union troops” versus “Confederate troops.” Instead of “Union,” we should say “United States.” By employing “Union” instead of “United States,” we are indirectly supporting the Confederate view of secession wherein the nation of the United States collapsed, having been built on a “sandy foundation” (according to rebel Vice President Alexander Stephens). In reality, however, the United States never ceased to exist. The Constitution continued to operate normally; elections were held; Congress, the presidency, and the courts functioned; diplomacy was conducted; taxes were collected; crimes were punished; etc. Yes, there was a massive, murderous rebellion in at least a dozen states, but that did not mean that the United States disappeared. The dichotomy of “Union v. Confederacy” is no longer acceptable language; its usage lends credibility to the Confederate experiment and undermines the legitimacy of the United States as a political entity. The United States of America fought a brutal war against a highly organized and fiercely determined rebellion – it did not stop functioning or morph into something different. We can continue to debate the nature and existence of Confederate “nationalism,” but that discussion should not affect how we label the United States during the war.

Why should we continue to employ wording that is biased, false, or laden with myth? Compromise, plantation, slave-owners, Union v. Confederacy, etc.: these phrases and many others obscure rather than illuminate; they serve the interests of traditionalists or white supremacists; they do not accurately reflect our current understanding of phenomena, thus they should be abandoned and replaced. I call upon historians in all fields to reexamine their language and terminology. Let us be careful and deliberate with our wording; though we study the past, let us not be chained to it.

1 Paul Finkelman, “The Appeasement of 1850” in Congress and the Crises of the 1850s. Edited by Paul Finkelman and Donald Kennon (Athens: Ohio University Press, 2012).