Worried About Big Insurance Company Mergers? You Should Be.

Christy Ford Chapin is an assistant professor in the history department at the University of Maryland, Baltimore County (UMBC) as well as a visiting scholar at Johns Hopkins for the study of the History of Capitalism. She is the author of Ensuring America's Health: The Public Creation of the Corporate Health Care System (Cambridge University Press). 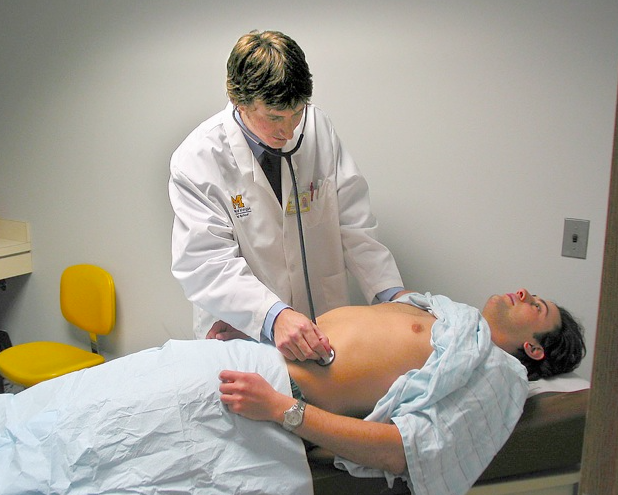 Health insurance companies participating in state exchanges – from Oregon and Tennessee to Minnesota and New Mexico – are requesting premium rate hikes of between 15 and 50 percent.  Additionally, the insurance industry is experiencing a wave of merger activity:  Aetna and Humana as well as Anthem and Cigna plan to consolidate.  The American Medical Association (AMA), which represents physicians, has condemned these mergers.

So just how do these health care developments fit together?

AMA leaders spent decades attacking health care financing experiments that they believed would evolve into corporations.   They worried that doctors would be pulled into large bureaucratic organizations under the supervision of non-physicians.  Consequently, AMA officials fought both health insurance and group practice – any market form that might develop into a corporation.  For example, they worked to shut down multi-specialty physician groups that underwrote their own insurance by having patients pay them a set monthly fee in return for unlimited health care.  AMA leaders also opposed medical plans managed by labor unions, consumer cooperatives, businesses, and African American and ethnic fraternal associations.

Doctors who participated in these plans faced AMA retribution: they often lost their medical licenses or hospital admitting privileges.  Nor was the Journal of the American Medical Association shy about threatening doctors.  One editorial warned that the physician who defied association authority “jeopardizes his entire future … and sacrifices the medical birthright for which he has already paid six or seven years of his life.”

Then, during the 1930s, political pressure forced AMA heads to change their approach to the marketplace.   When federal policymakers began considering health care reform, physician leaders decided to defeat their proposals by upholding the private market as superior to government-managed medicine.  To sustain this argument, they endorsed health insurance, but it was a very particular form of insurance.  After surveying numerous financing arrangements, they chose to ignore existing options and instead formulated the “insurance company model.”

Commercial insurers were wary of the AMA’s financially perilous economic model.  Under the insurance company model, doctors retained the right to practice medicine without supervision.  They also charged insurers for each and every service or procedure delivered to policyholders (fee-for-service compensation). Alternative arrangements usually reimbursed physicians on a salary, per-patient, or profit-percentage basis – in other words, in a way that obliged doctors to conserve financial resources.  But the AMA had ruled out those plans.

Insurers begrudgingly agreed to the AMA’s design in order to help defeat nationalized medicine and because they intended to restrict coverage to minimum-benefit policies for healthy subscribers.  In 1945, health insurance looked very different than it does today.  Less than a quarter of the population owned coverage.  And policies usually paid only between 60 and 80 percent of hospital costs in cases of accident or serious disease.

Politicians – on both the left and right – believed that the insurance company model was too expensive and incapable of providing mass coverage or generous benefits.

Recurring attempts to reform health care – under Presidents Roosevelt, Truman, Eisenhower, and Kennedy – pushed insurers and physicians into a close alliance.  They reasoned that the only way to stop federal intervention in health care was by radically expanding the insurance company model in ways that would allow them to declare “free enterprise” superior to any proposed government program. So between 1945 and 1965, insurers and physicians raced to develop coverage, growing policyholder numbers from less than a quarter of citizens to approximately 80 percent of the population.  They also remade the health insurance product to cover most costs associated with medical care, including physician visits and diagnostic procedures.

To summarize the health care system’s grand irony: persistent efforts to reform what almost everyone recognized as a faulty financial model, embedded that very configuration – the insurance company model – into the national framework.

Meanwhile, the insurance company model rapidly drove up health care costs.  Doctors and hospitals had monetary incentive to provide as much expensive care as possible.

To constrain costs, insurance companies began gradually regulating physician work.  At first, insurers simply requested that doctors refrain from oversupplying care.  But by the end of the 1950s, insurers were coding physician reimbursement forms to track diagnosis categories, treatment practices, and average charges.  They introduced limitations on physician services.  For example, new rules required doctors to obtain insurance company approval before admitting patients to the hospital.  Insurers also oversaw the establishment of utilization review committees.  AMA medical societies and hospitals hosted these committees to monitor doctors’ care and identify where practitioners padded fees or ran up the bill by ordering unnecessary tests and procedures.  Soon, review committees were comparing physician care to standardized treatment blueprints generated by insurance companies.  Little by little, physicians were pulled into the very corporate arrangements that they had hoped to avoid.

In 1965, politicians realized the century’s most significant health care reform with Medicare, a program to supply senior citizens with insurance.

However, Medicare incorporated the insurance company model.  Policymakers no longer believed that they could remove the insurance company model: the health care system’s entire institutional structure had developed to support it.  So Medicare included the same financing arrangements, operational routines, and cost containment measures that doctors and insurers had already created.  Policymakers also appointed insurance companies to administer Medicare, to act as intermediaries between the government and health care providers.

Thus, like Medicare, the ACA adopted the insurance company model.

What does this mean for health care consumers?   As insurance companies attempt to contain costs, they will acquire more influence over what your care looks like.  Insurance company mergers will concentrate the market power of medicine’s financiers relative to disparate hospital chains and physician practices.  Insurers will implement additional cost control procedures, including increasingly detailed guidelines – not only for physicians to follow when treating medical conditions, but also for patients to follow to demonstrate that they are adequately maintaining their health.  As insurers demand that doctors abandon fee-for-service reimbursements in exchange for per-patient (capitation) fees, physicians will have incentives to ration care.  Waiting times for medical services will grow.

Concern about rising premium prices will compel federal officials to partner with insurers to further rein in physician and hospital autonomy.  For example, the Independent Payment Advisory Board (IPAB), which was created along with the ACA, will begin designating which services will and will not be covered for various population groups.  While these lists will be unpopular with the public, they will be necessary to dampen health care spending.

The public is suffering from health care reform fatigue.  Nevertheless, given rising costs and likely debates regarding available services, additional legislation is almost certain – whether Democrats or Republicans occupy the White House and Congress.

The question is whether these reforms will reorganize the market away from corporate control and insurance company power or continue applying band-aids to an incurably wounded beast.