What Led this Historian to Write a Novel About Indians and Slavery?

Tiya Miles is the Mary Henrietta Graham Distinguished University Professor at the University of Michigan, where she teaches in the departments of American Culture, Afroamerican & African Studies, and History. She is the author of "Ties That Bind: The Story of an Afro-Cherokee Family in Slavery and Freedom" (University of California Press, 2005, 2015), "The House on Diamond Hill: A Cherokee Plantation Story" (University of North Carolina Press, 2010), "Tales from the Haunted South: Dark Tourism and Memories of Slavery from the Civil War Era" (University of North Carolina Press, 2015), and "The Cherokee Rose: A Novel of Gardens and Ghosts" (John F. Blair Publisher, 2015). She is grateful to Martha Jones, Greg Dowd, David Agruss, and Susan Kollin, whose comments on The Cherokee Rose inspired this piece. 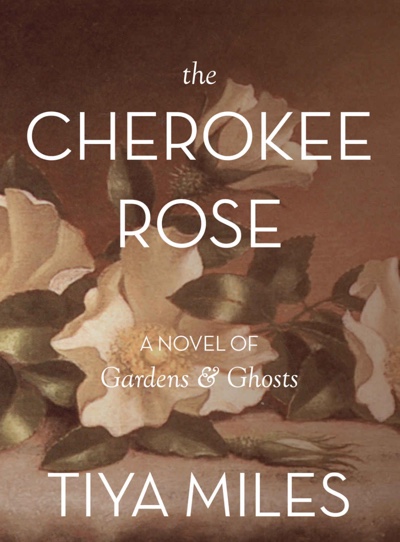 “Historians do not love their documents.” These words spoken by an esteemed historian hit me like a blow as I sat beside him at a posh, downtown restaurant. I was a graduate student on the first campus interview of my career, vying for a tenure-track position in a History department at a Big Ten university. The senior historian, a faculty member in the department assessing me, was leveling a criticism in response to the job talk I had delivered earlier that day. I’m sure that I stuttered a weak reply, feeling like an imposter who, after seven years of graduate school, had finally been found out. I worried for weeks after the visit, replaying the scene of that apparently fateful job talk in my head.

The centerpiece of my talk had been an analysis of a primary source uncovered during my dissertation research on slavery in the Cherokee Nation. The source was a petition dictated by a man named Shoe Boots, a famous Cherokee warrior who appealed to the Cherokee National Council in 1824 to secure the freedom of his two daughters and son. His children were categorized as slaves because they were the offspring of Shoe Boots and Doll, an African American woman whom he owned as property.

Shoe Boots had purchased Doll when she was an adolescent and carried on a long-term sexual relationship with her. His written appeal demonstrated his conviction that his Afro-Native children should be free Cherokee citizens. At the same time, the disparaging way in which Shoe Boots described Doll in the document revealed anti-black prejudice in the Cherokee populace. Shoe Boots’s relationship with an African American woman was unacceptable in Cherokee country, where slavery was sanctioned by law and where Cherokee leaders were engaged in a national project to demonstrate their level of “civilization” and thereby prevent forced removal from their homelands. U.S. officials measured Indian civilization by degree of proximity to white American values and practices, including large scale agriculture, fixed gender roles, and chattel slavery based on racial difference. The Cherokee Council members, many of whom were slaveholders themselves, approved Shoe Boots’s request due to his high social status. However, they admonished him to stop producing children with a slave. Shoe Boots did not attempt to free Doll, who was treated with disdain by both Shoe Boots and the council members in the written record.

While introducing my analysis of Shoe Boots’s petition, I uttered these, apparently, sloppy words: “I love this document.” And I did love the document -- because it was the first treasure I had found in the archives on my subject matter, because it identified a mixed-race family that had been so difficult to trace, and because it pulled back the curtain on the intimate as well as political dynamics of race and slavery in the nineteenth-century Native South. The document was a paper gemstone, wonderful to find, but distressing for what it revealed: black slavery was systematic in the Cherokee Nation, and black women were vulnerable to abuse in all pockets of the South – including the Indian country that so many contemporary African Americans imagine was a safe haven for runaway slaves. I prized that document with a pained and tender ferocity, and so I unconsciously used the word “love” in my job talk. It was only later, over dinner, that I learned of my error.

The critical historian had explicitly stated something I had intuited as an American Studies graduate student working to learn the methods of historical inquiry: the historian does not deal in feeling. In expressing this tenet, he had done nothing more than the historical profession does writ large – disciplined a younger scholar and policed the boundaries of the field. He is not alone in the view that historical work should be drained of emotion and that scholars must guard against getting too close to our subjects. Even historians with a humanities orientation aim for something like objective distance that derives from a broad compilation of data and a logical analysis of evidence. Emotion seems to have no place in historical discovery and argumentation and is held suspect for clouding our interpretations.

But I had always experienced a range of emotional reactions to what I read in the archives. Moreover, emotion – the painful awareness of black people’s subjugation tethered to a compulsion to look for answers -- had led me to the academy. During my training, and especially after being reprimanded at the dinner table, I attempted to bury those emotions, to store them away in order to avoid contaminating the rational work of analysis. I felt deeply about my material, in both affective and political ways, but there was no legitimate means for expressing this in the pursuit of scholarship. So the feelings sat there, piling up -- and sometimes spilling over. I cried the first time I read about a Cherokee whipping a black bondsperson, not only for the corrosion of humanity wrought by slavery and colonialism, but also for my own lost innocence. I did not know that other scholars did this too, until I was past tenure and saw a colleague who also studies slavery cry. When I watched her wipe her eyes during a panel while discussing the brutality meted out against enslaved people, I felt more connected to her as a human being, and through her, more connected to the nineteenth-century woman she was describing. I realized that the emotion historians stockpile may have something to offer us as well as our readers and students. Rather than locking away our feelings at the things we uncover in the archives, we might be able to use those feelings as connectors, as bridges, that enable an essential skill, and indeed, value, in the study and teaching of history: empathy.

I recognized then that emotion was not necessarily a useless or even dangerous byproduct of historical research, but rather, a key for unlocking greater openness and understanding about people’s lives in the past, lives that were, after all, shaped as much by human emotion as by societal structures and the disembodied forces of historical change. I wanted, then, to explore and share my research on slavery and race in the Native American South in the form of a novel, a genre that operates in the affective realm. I hoped to uncork and repurpose the range of emotions I had experienced over years of research, as well as feelings I had heard expressed by other history-seekers: genealogists, tribal members, history “buffs,” and community organizers whom I had met in the archives and at conferences. I wanted to imagine the historical figures that had emerged in my research as the emotional actors they were – something I had been unable to do when adhering strictly to the documentary evidence that undergirded my academic publications. And I wanted to connect more intimately with readers of my past work, many of them descendants of enslaved people owned by Native Americans, who tended to engage me around questions of genealogy, identity, and racial equity, rather than questions of evidence and argument.

My desire to channel emotion and seek a closer connection with readers over the terrain of a difficult history led me to write The Cherokee Rose: A Novel of Gardens and Ghosts. I hoped to convey a different dimension of plantation slavery in the Cherokee Nation that included the texture of emotional life (fear, shame, rage, love), as well as the unexpected turns of human relationships. I also wanted to capture an aspect of contemporary experience in which we live through and for history -- imagining, drawing on, and sometimes romanticizing aspects of the past in order to build individual and collective identities.

The Cherokee Rose is a novel about the importance of the past to three women’s lives in the present. The main characters -- a wealthy African American interior designer from Atlanta, a biracial (black-white) journalist from Minneapolis, and a Native American (Creek-Cherokee) tribal historian from Oklahoma -- all take different routes to the same place. Their paths converge at a plantation called The Cherokee Rose, which once belonged to Cherokee slaveholders. There, an old garden and rediscovered missionary diary hold secrets of the past that lead the main characters to see not only what they have in common across differences of race, class, cultural affiliation and sexual orientation, but also what they have in common with the black, native, and white women who once fought for freedom on that land. After facing one another and the revelations of history, the main characters emerge stronger, ready to face their futures and protect the place and people they have come to love. In writing this fictional account based on my historical research, I hoped to offer readers a satisfying yet challenging way of exploring our ties to one another as well as our ties to the past in the intertwined realms of thought and feeling.