Why Historians Should Demand the Redskins Change Their Name

James Loewen is a sociologist and historian and author of "Lies My Teacher Told Me." 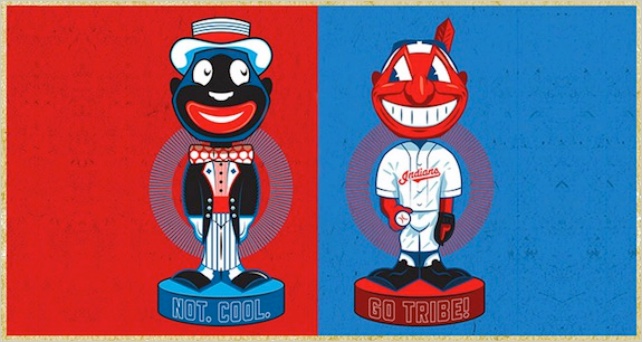 "The Organization of American Historians hereby adds its voice to the growing demands by Native American organizations, our sister disciplines, and conscientious people of all ethnic backgrounds, to change the name and logo of the Washington "Redskins."

As the nation’s leading organization of scholars of U.S. history, we know that history is often relevant to the present. We suggest that the following reasons, among others, show that this change is overdue.

● According to historian Alden Vaughan, “the first reported use of [“redskins”] appears in a [1699] passage about Indian assaults on frontier settlements.” From the early eighteenth century on, as violence between Native and European Americans increased, Vaughan shows that white Americans increasingly believed American Indians to be inferior and increasingly emphasized their skin as “red” rather than “white.” “[N]ot until the nineteenth century did red become the universally accepted color label for American Indians," he writes; thereafter “redskin” became increasingly pejorative and all Natives were increasingly lumped together as unassimilable.1

● The Sept. 24, 1863, Winona Daily Republican, in the polarized aftermath of the Dakota War of 1862 in Minnesota, provides an example of the relationship of “redskin” to periods of conflict and to the infamous practice of paying bounties for bodies or pieces of Native people: “The state reward for dead Indians has been increased to $200 for every red-skin sent to Purgatory.”

● History shows that most sports teams that use Native American mascots, symbols, and names today chose to do so during the Nadir of race relations (1890-c.1940). This era was marked by the nadir of Native Americans (in terms of demography, cultural survivals, etc.); the apex of the "Improved Order of Red Men" (a fraternal organization that did not allow American Indians to be members);2 and the rise of eugenics (a “science” that rationalized Native defeat as genetically ordained and appropriate). The appropriation of Native mascots and names reflects the intense racism of that era.

● The predecessor of the Washington NFL franchise, then in Boston, adopted "Redskins" as its name and logo during the Nadir. It did not select the name to honor Native Americans or a specific Native individual (as they have sometimes claimed). On the contrary, that man was German American, not Native at all,and that team was owned by George Marshall, the most racist owner in the entire NFL, a man who had to be coerced by the federal government to accept a black player after all other teams had desegregated. Marshall then created the “Indian-garbed” Redskins Marching Band, which like the "Improved Order of Red Men" featured no Indian members. He also commissioned “Hail to the Redskins,” which included verses “sung in mock Indian dialect,” according to historian J. Gordon Hylton.3

● Historians know that during the Nadir “redskins” acquired international usage, again negatively; Hitler, for example, said, about Russians, “There's only one duty: to Germanize this country by the immigration of Germans, and to look upon the natives as Redskins."4

● Historians recognize that the Native as mascot imperfectly depicts a Plains Indian, a culture that arose around 1680 and was ended two centuries later as the Nadir set in. This implies to non-Indians that Natives no longer exist. Of course, Natives did persevere, but no twentieth or twenty-first century Indian has ever served as a mascot, because such a person might wear a business suit or hard hat or clerical collar, depending upon his/her job. As historian Richard White writes, "[White Americans] … don't take [Indian peoples] seriously; we don't credit them with the capacity to make changes”; using 19th century Indian images as mascots exemplifies this problem. Legal scholar Naomi Mezey calls using Native Americans as sports mascots “the most recent manifestation of a long tradition of whites playing Indian, a form of play that tells us much more about whites than Indians. Indian mascots are generally invented by whites.”5

● Even if the NFL team attempted to control their own fans and imagery so as to be historically accurate and culturally appropriate, which they don't, they could have no impact on opponents' fans, leading to absurd images, chants like "scalp the Redskins," etc.6

● Historians know that the fact that other ethnic groups also get used as mascots does not legitimize “Redskins,” because the situations are not parallel. Irish Americans are a sizable portion of the students and staff at Notre Dame and could end "Fighting Irish" at will. So are Norwegian Americans in Minnesota, vis-à-vis the “Vikings.” Not so with Redskins. Native Americans form no significant part of the constituency of the Washington NFL franchise and have no influence over its name.

● Social science research shows consistent negative impacts on Native children from the appropriation of Natives as mascots. Such historical documents as the video "In Whose Honor" show the negative impact on Native families from much less odious uses of Natives as mascots than “Redskins.” As a result, various state agencies such as the Michigan and Oregon State Boards of Education, have banned Native mascots and names, including “Redskins.”7

● It is true that some Native Americans do not feel offended by the name, symbol, or use of Natives as mascots. However, as historians we recognize that rank-and-file persons often lag their leaders.8 The National Congress of American Indians first came out against “Redskins” in 1968. More than 50 other Native organizations have expressed opposition since. For at least twenty years, Native American newspapers have run an illustration of sports pennants as a “centerfold”: “Atlanta Niggers,” “NYC Kikes,” “Chicago Polacks,” and “Washington Redskins.” Entire tribes/nations, especially in the East, have come out against the name, including the Penobscots, Oneidas, Saginaw Chippewas, and others. As 50 members of the U.S. Senate, from both parties, wrote a year ago in a letter to NFL Commissioner Goodell, “Indian Country has spoken clearly on this issue.”9

● Standard dictionaries have for years recognized "redskin" as pejorative.10 No one uses it as a term of respect or even a neutral noun. We do not say, for example, that there are two "redskins" in Congress; we say "American Indians" or "Native Americans." Various news media, including The New Republic, Slate, Portland Oregonian, and Seattle Times, have stopped using “Redskins” for the Washington team, viewing the term as pejorative.

● Historians know that all colleges that used the term “Redskins” have given it up, some decades ago, many owing to Native American protest. So have most high schools. In 2005, the National Collegiate Athletic Association (NCAA), which represents almost all major American universities, banned the general appropriation of Natives as mascots without the specific agreement of the tribe or nation involved; “Redskins" could never be defended in such a manner.11

On Feb. 7, 2013, the National Museum of the American Indian held a daylong symposium on the history and current use of Native people, names, and images as sports mascots. Above is the illustration they used for the conference. Said Kevin Gover, head of the museum, speaking first at the conference, “We need to bring out the history.”

Indeed, we, the Organization of American Historians, do. This resolution is a start.