How Diamonds Destroyed a People

South African writer Stan Winer is author of the book “Between the Lies: Rise of the Media-Military-Industrial Complex,” published in London by Southern Universities Press, 2004. His website is www.truth-hertz.net.

At the outskirts of the small South African town of Kimberley lies the biggest human-made hole in the world, unimaginatively referred to by the locals as “The Big Hole.” It is a popular tourist attraction. Yet few visitors to this heritage site recognize that, on a deeper level of meaning, it symbolizes the very nadir of colonial depravity. It is a metaphor for the gaping hole that exists in the public awareness of past events that have shaped the tortuous history of southern Africa. But that might possibly be about to change.

Student activists at the University of Cape Town in South Africa have launched a belated campaign to remove a statue that for many years has dominated the entrance to the university’s main campus. It is statue honoring the British arch-imperialist Cecil John Rhodes, former prime minister of the Cape Colony, billionaire mining magnate, architect of apartheid fascism, and an historical figure closely associated with Kimberley and its Big Hole. 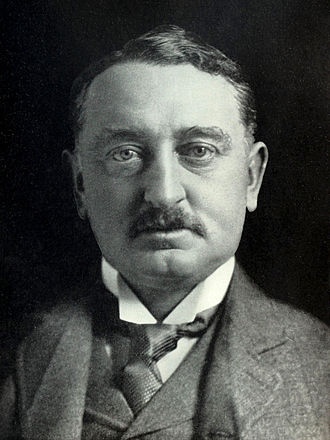 Twenty-five years after the abolition of apartheid, and much to the chagrin of conservative, historically illiterate and mainly English-speaking white South Africans who still venerate Rhodes, the student campaign has succeeded in opening a wider, national and often rancorous public debate about the merits of removing or retaining onerous public symbols of the apartheid era.

It remains to be seen if the disputed removal or retention of apartheid symbols will advance or retard significantly the broader politics of remembering and forgetting in the country. But one thing is certain: the Big Hole will remain for a very long time to come.

So what’s the Big Hole?

Its hidden history can be traced back to around the year 1800. That was when a mixed-race group of about 600 disaffected migrants, calling themselves Griquas and led by a former slave, trekked away from the Cape Colony, crossed the Orange River frontier, and settled in a deserted region which they named Griqualand.

It is a dry, dusty, desolate place, yielding just enough spring water to sustain human and animal habitation. When the Griquas first settled here, they thought no one else would covet this inhospitable place. They would at last be free from the depredations of colonialism. Or so they thought. But that was before a discovery was made: the world’s richest deposit of diamonds.

Britain seized the Cape colony from the Dutch during the Napoleonic wars in Europe, to prevent French ships from using the port of Cape Town. The colony subsequently became a permanent British possession. Then, in June 1871, a white prospector announced the discovery of an 83.50 carat (16.7 g) diamond at the place now known as Kimberley, so named after Earl Kimberley, the British Secretary of State for the Colonies. The site of this discovery just happened to be within Griqua territory, but fortune hunters never did bother to raise any question with the Griquas as to ownership of the mining rights.

Just a few days earlier, the British colonial secretary, in a dispatch dated May 18, 1871, had already authorized the British High Commissioner in Cape Town to “extend the British territory in South Africa” by annexing Griqualand. It seems unlikely that the close timing of these two events was purely coincidental.

The site of the Kimberley diamond discovery was on a small hill sitting astride a number of extinct volcanic pipes — tube-shaped tunnels that once carried molten rock to the surface from deep in the earth. In this case, the molten rock contained diamonds. The small hill was soon replaced by the Big Hole as fortune hunters from all over southern Africa and from Europe, America and Australia fought over claims, while at the same time remaining united in the common purpose of being the masters of black labor.

Seven hundred individual claims or plots of ground containing a little more than 893 square feet were marked off and taken possession of. Thirty thousand black laborers toiled away in that confined space, but were themselves prohibited from owning claims or dealing in diamonds. They were subjected to constant body searches and restricted to their huts and tents by nighttime curfew. Any dark-skinned person in the vicinity who could not prove he was employed as a servant or laborer was declared a vagrant and subjected to flogging.

The deeper the miners dug, the greater the danger was of cave-ins and flooding. Still, there was no shortage of cheap labor. Boers had by this time also emigrated from the Cape Colony and occupied the traditional lands of local African tribes in the neighboring territories where, after a succession of violent frontier wars, the Boers established their republics of Free State and Transvaal. The pastoral tribesmen, dispossessed of pasturage for their herds of cattle and sheep, had no option but to sell their labor for a pittance or face starvation. This was slavery in all but name, despite slavery’s official abolition in 1834.

Griqua leader Nicolaas Waterboer, through a legal advocate, had during all this time been importuning the British colonial authorities at the Cape to respect Griqualand’s sovereign independence and its ownership of the land upon which the diamond field was situated. To no avail. Finally, in May 1878 an armed rebellion broke out. The lightly armed Griquas were no match for colonial troops armed with cannon and breach-loading rifles. A massacre ensued, with the colonial forces suffering only nine fatalities. It signaled the beginning of the end of the Griqua nation. Most of the survivors migrated several hundred miles to the northwest, settling ultimately in South West Africa (now Namibia).

To this day, the rebellion and its causes are conspicuously absent from textbooks on South African history. This is not entirely surprising. As George Orwell once put it: “The most effective way to destroy people is to deny and obliterate their own understanding of their history.” But if you search diligently through private collections of archival material, you will find it recorded in the journals of Christian missionaries stationed in Griqualand at the time.

All the while, hills of sifted earth continued to rise around the evolving Big Hole, in tandem with the rapid growth of the adjacent, ramshackle town of Kimberly. When the British traveler and writer Anthony Trollope visited the place in 1877, he observed: "An uglier place I do not know how to imagine." A different type of Briton who would not find the place at all unattractive was Cecil John Rhodes.

With financing provided by the Rothschild dynasty in 1887, Rhodes started buying up individual claims at the Kimberley site, amalgamating them into what became De Beers Consolidated Mines, the world’s richest diamond mining conglomerate, of which Rhodes was the director. Three years later, Rhodes entered politics and became the seventh prime minister of the Cape Colony. In that capacity he also became the principal architect of apartheid by virtue of implementing a range of racist policies including the removal of dark-skinned people from the Cape voters roll.

Meanwhile, back in Kimberley, De Beers was flourishing. Rhodes, having accrued a vast personal fortune from it, then founded his British South Africa Company in 1890. A 700-strong mercenary force recruited by the company and calling itself a “Pioneer Column”, departed from Kimberley to occupy what would later become the British colony of Rhodesia, as Rhodes modestly named it after himself.

Armed with breach-loading rifles and five Maxim machine guns capable of firing 500 rounds a minute, the objective of the “pioneers” was to search for gold and precious stones, each “pioneer” having been promised 3,000 acres of land and 15 mining claims in return for his service. Their invasion precipitated a series of bloody wars with local Matabele and Ndebele tribes before they were bludgeoned into eventual submission with the help of regular British troops who intervened to “protect British lives.” Rhodes put it rather more bluntly: “I prefer land to niggers.”

Rhodes’s private army never did discover gold or diamonds in Rhodesia (now Zimbabwe), so they turned their attention southwards, towards the Boer Republic of Transvaal, where they planned to seize the Johannesburg gold fields. Boer commandos ambushed the raiders en route, killing a number of them and forcing the remainder to surrender. The incident strained relations irreparably between Britain and the Boers, and a full-scale war was soon to follow, in which many thousands would die on both sides.

Mining operations at the Big Hole were abandoned eventually in the 1930s, when the diamond-bearing geological pipe was finally depleted. Still, the DeBeers cartel today retains a virtual monopoly dominating every aspect of the international diamond industry. It operates open-pit, underground, large-scale alluvial, coastal and deep sea mining operations not only in Africa and Canada, and also the cutting, polishing, setting into jewelry, pricing and selling of diamonds in 28 countries around the world.

The concept of “blood” or “conflict diamonds” came about in 2003, in reference to the brutal, diamond-funded wars of the 1990s in Sierra Leone and West Africa. Yet as the historical record shows, Rhodes’s diamond-fuelled dream of empire served to finance and precipitate devastating conflicts in Africa long before the term “blood diamonds” became fashionable in humanitarian and Hollywood circles.

Bizarrely, the United Nations initiative established in 2003 to curb the sale of blood diamonds is called the Kimberley Process Certification Scheme — Kimberley supposedly being the international benchmark for ethical behavior in determining if a diamond is “blood” or clean.