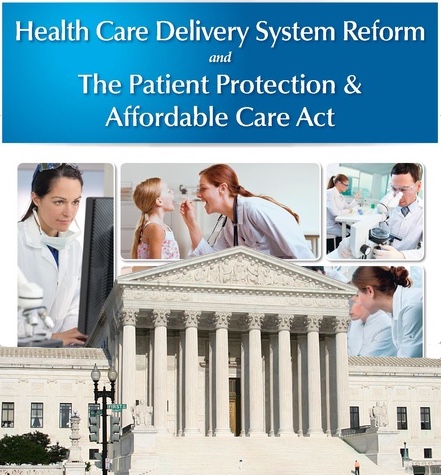 In a few months the U.S. Supreme Court will decide the fate of the Affordable Care Act, also known as Obamacare. In recent weeks news reports about the case have focused mostly on the constitutional and legal issues and questions raised by the Supreme Court’s justices. The media have given very little consideration to the possibility that a ruling against the Affordable Care Act in King v. Burwell could deliver the most powerful blow to the Supreme Court’s reputation since the infamous 1857 decision, Dred Scott v. Sandford.

The Supreme Court came under severe public condemnation in 1857 for taking a partisan stand in what was essentially a political dispute. Related outcries will likely be heard in 2015 if justices appointed by Republican presidents appear to deliver a party-oriented judgment on Obamacare. Critics of the Dred Scott decision viewed the case not in isolation but as the latest in a long train of irritations concerning slavery. In a related way progressives are likely to view a ruling against Obamacare as yet another provocation by the Court’s conservative majority. The Dred Scott decision was enormously controversial because it had the potential to shake up American society. If the present-day Court rules against Obamacare, the consequences may also be momentous. A decision that rules out federal subsidies for insurance in many states could throw the nation’s health care system into chaos.

Critics of the Supreme Court’s 1857 decision said the Dred Scott case was not just about Constitutional technicalities; it was essentially about politics. The ruling favored the Democrats’ position on slavery in the territories. In a related way if the Court rules in support of challenges to health insurance subsidies, Democrats will charge that conservative justices embraced flimsy legal arguments in order to justify conclusions favored by many Republicans.

The Dred Scott case certainly had the appearance of partisan intervention. Before 1857, Americans had become sharply divided on questions related to the extension of slavery into new territories, regions that someday could qualify for statehood. Chief Justice Roger Taney and other southerners on the Supreme Court took a position that appeared to undermine the recently created Republican Party (many Republicans were bitterly opposed to slavery’s expansion into the territories). In a politically-charged decision, a majority of justices ruled that blacks, slave and free, were not citizens of the United States. The Court also declared Missouri Compromise of 1820 unconstitutional, a judgment that seemed to permit slavery in all of the nation’s territories. A decision against Obamacare will not have implications as momentous as the Dred Scott case (some historians point to the 1857 ruling as a major factor in divisions that produced the Civil War), but a negative decision would provoke severe criticism of the Court for partisan intervention. King v. Burwell cannot achieve the notoriety of Dred Scott v. Sandford, but it could damage the Court’s image as the revered guardian of the Constitution.

The Dred Scott decision was controversial because it occurred against a background of decades-long agitation over slavery. From the 1830s to the 1850s, American politics had been rocked by disputes about slavery, including fights over abolitionist agitation, disagreements about dealing with fugitive slaves, and disputes about the place of slave property in the territories. Against that backdrop, the bold ruling in Dred Scott v. Sandford s created a political bombshell.

King v. Burwell could have a related effect. It follows several decisions by the Supreme Court that outraged progressives. Two are especially notable. In Gore v. Bush (2000) a conservative majority ruled 5-4 in a manner that gave the presidential election to George W. Bush and the Republican Party. In Citizens United v. Federal Elections Commission (2010), a 5-4 majority produced another victory hailed by conservatives. The Court viewed political spending as a form of political speech. Progressives objected, claiming the decision would make politicians more susceptible to the corrupting influences of money. These are just two among several cases in recent years in which the justices divided along conservative/progressive lines.

Many legal experts were surprised to learn that justices of the Supreme Court chose to review the current challenge to the Affordable Care Act. King v. Burwell did not appear to merit the Court’s intervention, experts concluded. The challengers focused especially on four words in the Act – “established by the state” – claiming the language did not permit subsidies for citizens in states that did not set up health insurance exchanges. The challengers were taking those four words out of context, protested the experts, for it was abundantly clear in the Act’s hundreds of pages that the law’s creators wanted to make subsidies available for all qualifying citizens in every state. The rationale for statutory review did not look strong, argued New York Times legal affairs columnist Linda Greenhouse. King v. Burwell looked, instead, like “a naked power grab by conservative justices who two years ago just missed killing the Affordable Care Act in its cradle, before it fully took effect.”

While a decision in favor of the challengers could lead to the collapse of Obamacare, the Supreme Court’s decision in the Dred Scott case had broader implications. The 1857 ruling was enormously controversial because it had the potential to upend American society and politics. For years, attitudes had been growing in the North that favored the interests of African Americans. The Court’s ruling clashed with that sentiment. Opinion had also been building in favor of limitations on slavery’s extension into the West. But in the Dred Scott case the Supreme Court appeared to open the doors for slavery’s broad expansion. Republicans made political capital of fearful reactions in the northern states. They warned of a growing “slave power” that could nationalize slavery and force free whites to compete for jobs everywhere against black slaves. The justices who ruled against Dred Scott may have believed their decision would help put the divisive slavery issue to rest. But the true effect of their decision was to create greater sectional strife.

A decision against Obamacare could also unsettle U.S. society and politics. Progressives warn that a negative judgment will create a “death spiral” for Obamacare, leaving eight or nine million Americans without subsidized health insurance. Citizens who do not receive subsidies will also feel an impact. A RAND Corporation study suggests that premiums for individuals without subsidies will climb by about 47%, because rising costs will force many young and healthy Americans out of insurance pools. Hospitals, and doctors will take a powerful financial hit, too, and states will suffer because Obamacare pours billions of federal dollars into local economies.

After listening to the justices’ questions during recent deliberations, some reporters speculated that Chief Justice John G. Roberts or Justice Anthony Kennedy will reject the plaintiff’s arguments and conclude in ways that save Obamacare. Past experiences in Court-watching suggest, however, that the justices’ questions do not always reveal the position they take when rendering an opinion. The fate of Obamacare and the trust and prestige of the U.S. Supreme Court still hang on the opinions of a few justices.

The reputation of the Supreme Court is a precious asset. The Court’s revered status is closely associated with the American people’s veneration for their Constitution and their strong commitment to the rule of law. Over the years, most justices have recognized the significance of that goodwill. They resisted making judgments that poured fuel on the fires of political conflict. Sometimes they made controversial decisions, as in the 1954 case that led to desegregated schools and in the 1973 case that gave women rights in the decision to have an abortion. But those judgments gave expression to ideas that had achieved widespread public support.

On some occasions, however, justices threw caution to the winds, most notably in the Dred Scott case. The 1857 decision is broadly recognized as one of the most egregious mistakes ever made by members of the high court. A bad ruling in King v. Burwell cannot match the evil of Dred Scott, but it could damage the Court’s reputation at a time when it has already slipped to a dangerous low. If the Court wrecks the Affordable Care Act primarily on the basis of four words in the statute, critics will view some of its members as politicians in robes rather than esteemed, independent-minded jurists. It would be unfortunate if some justices put the Court’s honored status at risk in 2015 when they decide the case of King v. Burwell.