The Day Lincoln Was Supposed to be Kidnapped

Michael Schein is a writer, attorney, and former professor of American Legal History. He is the author of “John Surratt: The Lincoln Assassin Who Got Away” (History Publishing Co., release April 14, 2015), as well as two historical novels, Bones Beneath Our Feet (Bennett & Hastings 2011), and Just Deceits: A Historical Courtroom Mystery (Bennett & Hastings 2008). His web site is michaelschein.com and he is on Twitter @michael_schein. 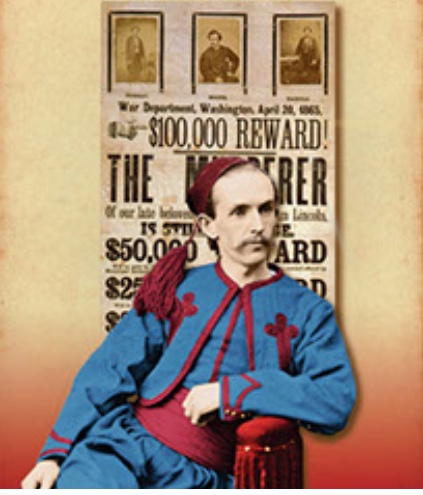 It is well known that on Good Friday, April 14, 1865, John Wilkes Booth fatally shot Abraham Lincoln. What is less well known is that this was probably not the first attempt made by Booth and his gang against Lincoln. Most notable was an attempted kidnapping in mid-March. 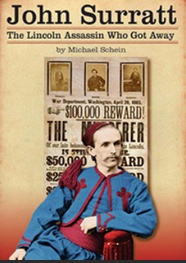 It was about March 17 that Booth and his primary co-conspirator, John H. Surratt, Jr., received word that Lincoln was planning to attend a production of the play Still Waters Run Deep at Campbell Hospital near the Old Soldier’s Home on the Seventh Street Road at the outskirts of Washington. Unlike Ford’s Theatre, this was a pretty good spot for a kidnapping because the road was relatively isolated and close to Maryland. Although the conspirators only received word about three-quarters of an hour prior to the appointed time, Surratt later recounted that, “so perfect was our communication that we were instantly in our saddles on the way to the hospital.” The “we” to whom Surratt refers was the inner circle of conspirators – Booth, Surratt, Lewis Powell alias Paine, George Atzerodt, and David Herold. They met up in front of Mrs. Surratt’s boardinghouse in Washington, and all but Herold galloped off towards Campbell Hospital at about two o’clock. Herold was dispatched to pick up Booth’s buggy and head for Surrattsville, carrying with him an arsenal of weapons that Booth had collected.

According to Atzerodt, “[t]he plan was to seize the coach of the President, Surratt to jump on the box, as he was considered the best driver, and make for ‘T.B.’ [the name of a small town in southern Maryland now known as Brandywine] by way of Long Old Fields, to the Potomac river in the vicinity of Nanjemoy Creek, where they had a boat waiting with men to carry over the party.” Somewhere en route they would meet up with Herold and switch to Booth’s buggy, which was well equipped with food and firepower. Thus, it was John Surratt who was chosen as the man to actually commandeer the President’s carriage, and to drive the President to a boat that he had purchased with Atzerodt’s help and Booth’s money back in January. Meanwhile, Mrs. Surratt sat home weeping, and skipped dinner.

The efforts of the conspirators were in vain. Either their intelligence was faulty or at the last minute Lincoln changed his plans. Either way, he did not attend the play at Campbell Hospital. The conspirators feared that a last minute change in plans meant that the Federals were on to them. According to Surratt’s friend and roommate, Louis Weichmann, a frightened Surratt burst into their room at Mrs. Surratt’s around half past six that night, booted and spurred and armed with a Sharp’s four-barreled revolver. “Weichmann, my prospects are gone; my hopes blasted,” he said. Ten minutes later Powell rushed into the room, his face flushed with excitement. When Powell pulled up his waistcoat, Weichmann noticed a large revolver on his hip. Booth came in next, and marched about the room two or three times flicking the riding crop in his hand. At a signal from Booth, the three men went up to the attic to confer. Then they left the house.

Meanwhile, “Herold hung around the [Surrattsville] tavern for a while but nobody showed up with Lincoln a prisoner.” So Herold headed towards T.B., where he arrived at the hotel of John C. Thompson about eight o’clock that night. Herold needed help hauling a trunk into the barroom. This was Booth’s trunk, heavy with two carbines, a couple of double-barrel shotguns, a pistol, a knife, a sword, rope and a wrench. Herold claimed he was going duck hunting. He asked whether John Surratt had come by, and let it be known that Surratt was expected. The next morning, most likely March 18, Herold had breakfast, shot off his pistols into the air, then started back towards Surrattsville.

Surratt and Atzerodt had fled Washington and were headed towards T.B. to find Herold. The three met up on the road between T.B. and Surrattsville. According to the testimony of John M. Lloyd, Mrs. Surratt’s tenant at Surratt’s Tavern, the three men came in, took a drink, and started playing cards. Then Surratt called Lloyd into the front parlor, where he had Booth’s carbines laid out on the sofa, along with a cartridge box, coiled rope and a monkey wrench. The monkey wrench was to be used to remove the wheels from Lincoln’s carriage, so that it could be more easily ferried across the Potomac, and the rope was to be stretched across the road to break the pursuit of any cavalry that might follow.

Surratt insisted that Lloyd hide the carbines in the house. Lloyd claims he objected and had to be persuaded by Surratt, but more likely he was a willing participant. Surratt, who had grown up in that house, knew just the place. He led Lloyd upstairs with the carbines to a sealed attic off the storeroom where the butt ends of the ceiling joists above the dining room were exposed above the attached kitchen. Surratt slipped the carbines between the joists. There they stayed, until about midnight on the night of the assassination, when Booth and Herold came to call for them. One of these same carbines was in Booth’s hands when he was shot by Boston Corbett at Garrett’s barn in Maryland.

His work done, Surratt headed back to Washington, arriving in time to use two guest passes to Ford’s Theatre, signed by John Wilkes Booth. Surratt invited Weichmann to accompany him. They met up with Atzerodt, Herold, and a fellow lodger named Holohan, at the theatre. On that historic night they witnessed Booth’s last performance. Booth played Pescara, Duke of Alva, in The Apostate. In the words of the New York Times, Pescara “fills the centre of the picture, dealing out destruction to all who cross his path, gloating over the contrivance of new cruelties, and reveling in the accumulation of horrors which form the substance of the play.” Years later, Weichmann claimed that he was still haunted by the “malevolent expression of [Booth’s] distorted countenance, the fierce glare and ugly roll of his eyes, which seemed ready to burst from their sockets as he seized his victim by the hair and, placing her on the wheel, exclaimed, ‘Now behold Pescara’s masterpiece!’” Powerful though it was, Booth’s next time on that stage would be even more dramatic.