Valentines Day and the Bible 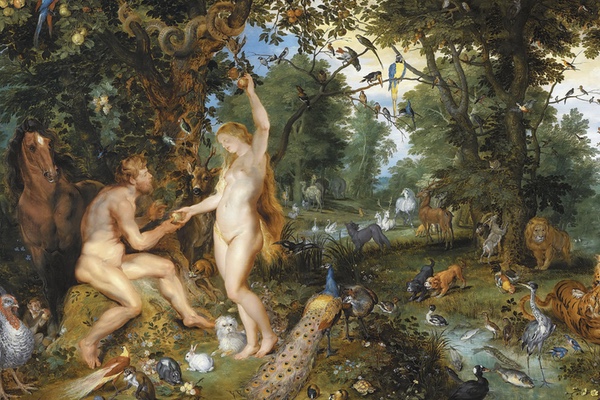 This love song appears in the middle of the Garden of Eden story of Genesis 2-3, one of the most unusual creation stories from antiquity. Most creation stories from the ancient Near East emphasize that humans were created from the outset to reproduce. Even Genesis 1, the chapter that precedes the Garden of Eden story, presents God as creating humans and then commanding them to “be fruitful and multiply.” In an ancient agricultural world where survival required producing children, this emphasis on reproductive sex was the norm. 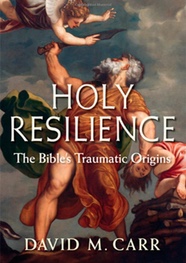 The Garden of Eden story, found in Genesis 2-3 is different. It starts with an account of how God created men and women to be “one flesh” with no mention of having children. God creates the first “human” out of the ground (Gen 2:9). Though typical translations often say that this first “human” was a “man,” s/he This is not explicitly designated as male or female, but just “the human” (ha-adam in Hebrew). Soon God observes that “it is not good for the human to be alone, I will make a helper corresponding to him.” (2:18) Then the story says that God created the animals and the birds out of the ground too, bringing each one to the human to be named. But, the story asserts, “no helper corresponding to the human” was to be found among these animals.

So God tries another approach, puts the human into a “deep sleep,” and “builds” a woman out of a rib taken from the first human’s own body. When the human awakes, he utters the words quoted above, the first speech attributed to a human being in the Bible (Gen 2:23).

This is the time! Bone of my bones, flesh of my flesh.

“This is the time!” represents the human’s happy celebration that God finally got it right this time, no animal, no bird, a ‘woman.’ This ‘woman’ is the first being that God has made who truly “corresponds to him,” and he is smitten. He sings, either to God or himself (interestingly, not to the woman herself!) an ancient biblical precursor to a contemporary Valentine. The “human” of the story’s beginning is now clearly a “man,” deeply connected to his partner/helper, the “woman.”

The love theme continues in the story’s conclusion, which says, “this is why a man leaves his father and his mother and embraces his wife and they become one flesh.” (2:24) Nothing here is said about children, quite a contrast to many other ancient creation myths. For the Garden of Eden story, “becoming one flesh” is not first and foremost about having children. Instead, human sexual connection results from God’s concern about the loneliness of the first human and God’s provision of a helper that truly “corresponds to him.”

To be sure, there are things in this text that are hardly a Valentine to women: the fact that woman comes second in this story of creation and is valued only as an equal “helper” to the first (hu)man, the fact that the woman is accused of being the first instigator of eating the forbidden fruit (Gen 3:1-6), and the fact that the story goes on to have God pronounce that she and her descendants will suffer around childbirth and be “ruled by” their husbands (Gen 3:16). Feminist interpreters, such as Phyllis Trible (God and the Rhetoric of Sexuality) have offered new takes on these aspects of the story, arguing, for example, that God’s original intention was for full equality between men and women, an equality tragically broken by the eating (by woman and man) of fruit. Still, historically sensitive interpreters must recognize ways this Genesis 2-3 story, even with its emphasis on male-female equality, also reflects the dynamics of its ancient, patriarchal culture.

Today people celebrate Valentines Day in a different world, affirming loves that would not fit the focus on sex and reproduction found in typical ancient creation stories. The celebration of human love in Genesis 2, apart from any emphasis on reproduction, turns out to be remarkably forward looking. It is an ancient recognition that it is not good “for the human to be alone” and depicts the first human breaking into speech, for the first time, to celebrate the wonder of a partner who truly “corresponded to him.”