Thomas Jefferson, Sally Hemings, and the Pesky Argument from Character 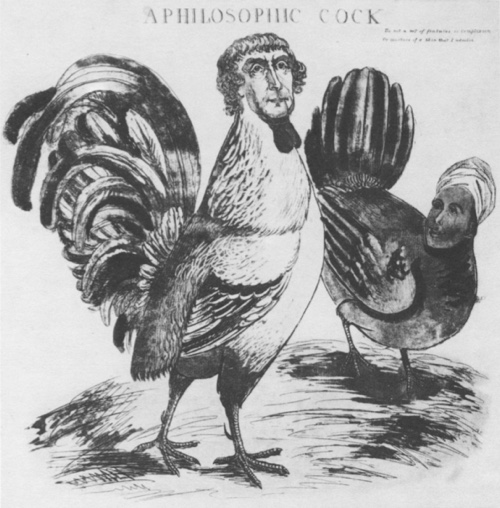 It is generally conceded today by most Jeffersonian scholars that Thomas Jefferson had a lengthy affair with slave Sally Hemings and that that liaison resulted in numerous children. It is also generally conceded that Annette Gordon-Reed is the world’s foremost authority on the nature, or at least, probable nature of that liaison. That is a queer state of affairs, for there is scant historical evidence that implicates Jefferson—which mostly reduces to a published 1873 testimony that is not without flaws by Madison Hemings in which he confesses, among other things, to be the son of Thomas Jefferson—and all we know biologically is that Sally’s son Eston has the Jefferson Y-chromosome. That makes Jefferson a candidate for paternity—perhaps the most likely candidate—but being the most likely candidate does not necessarily make it probable that Jefferson is Madison’s or Eston’s father, or the father of any of Sally Hemings’s other children, which is generally assumed. (In one roll of a pair of fair dice, seven is the most probable of all possible numerical outcomes yet seven is not probable—viz., there is merely a 0.167 chance of it occurring.) So how is it that Gordon-Reed has so much to say on the nature of the liaison between Jefferson and Sally Hemings, if there is no cogent evidence for that liaison?

The story begins with Gordon-Reed’s Thomas Jefferson and Sally Hemings: An Intimate Affair (1997). That book was motivated much by granddaughter Ellen Wayles Randolph’s statement apropos of Thomas Jefferson’s involvement with Hemings in a letter to Joseph Coolidge. Randolph writes: “I ask is it likely that so fond, so anxious a father … [would] have selected the female attendant of his own pure children to become his paramour! The thing will not bear telling. There are things, after all, as moral impossibilities.” Gordon-Reed’s book is a reply to Randolph’s statements to the effect that her grandfather’s moral intemerateness cannot be called into question. It can, avers Gordon-Reed. Why?

For some scholars Jefferson’s fastidiousness, his attachment to reason and rationality, his zeal for exactitude, his obsession with orderliness, all signal that he was without a real capacity for romantic involvement or sexual passion. What one makes of the fact that an individual possesses some or all of these characteristics is a function of one’s own values and experiences and, of course, one’s personal view of what it takes to be sexual or romantic. People who are compulsive about making lists have no interests in sex or romance. People who hold their emotions severely in check have no interest in sex or romance. People who are extremely clean have no interest in sex or romance. None of this follows. It is not even remotely a fact that a person who possesses all of these traits—even in abundance—is without sexual passion or romantic yearnings.

Gordon-Reed’s is a strange argument. If she is attacking the Freudian front, which today is easily assailable, she gets wrong Freud and neo-Freudians. They do not argue that inordinately fastidious, rational, exacting, and orderly persons are “without sexual passion or romantic yearnings,” but only that their sexual passion is sublimated—viz., channeled into fastidiousness, rationality, exactitude, and orderliness. Yet Gordon-Reed’s argument attempts more. It essays to be a coup de grâce, which leaves no room for any appeal to psychological states or dispositions in an effort to vindicate Jefferson of involvement with Hemings. Character is too complex for simple psychological assessment, thus, no psychology-based argument from character will vindicate Jefferson. That leaves wide open the possibility of a liaison.

Gordon-Reed’s argument, if assumed cogent, has remarkable consequences for the discipline of “behavioral” psychology. The putative correlations that such psychologists purport to have established between psychological dispositions are contrived, hokey. Thus, anything, it seems, goes—even the possibility of a liaison between Jefferson and Hemings.

Yet Gordon-Reed in her 1997 book appears to be saying something more bewildering than merely that there can be no science of behavioral psychology, because of the tenuous linkage of psychological dispositions. Sexual behavior, she appears to be claiming, is itself not a psychical disposition and it is not linked with psychical dispositions. Consider her statement, “What one makes of the fact that an individual possesses some or all of these characteristics is a function of one’s own values and experiences and, of course, one’s personal view of what it takes to be sexual or romantic.” With some allowance for quibbling, she appears to be saying that values, experiences, and personal views are not psychological dispositions, and thus, they are not the province of psychologists. That she corrects the behavioral psychologists and that she takes it upon herself to show in later works not merely that a liaison between Jefferson and Hemings is probable, but that it did happen, argue strongly that she believes it is the province of historians, not psychologists, to disclose a figure’s values, experiences, and personal views.

Fast forward to the 1998 DNA study, which found a chromosomal match between Sally’s son Eston and Jefferson. The scientists behind the study argued that the best explanation—the “simplest”—was that Jefferson was the father of Eston and the likely father of Sally’s other children. Having disclosed the chromosomal match between Jefferson and Eston Hemings, why did they take themselves fit authorities to adjudge Thomas Jefferson’s paternity, when they must have been aware that there were many others with the Jefferson Y-chromosome? That is a difficult question to answer.

Further “confirmatory” evidence came with the Thomas Jefferson Memorial Foundation’s (TJMF) 2000 study of the evidence concerning Jefferson’s possible paternity. Reviewing the evidence, committee members agreed with the scientists behind the DNA study, though it is unclear just how they arrived at a scholarly “consensus,” given the scarcity and ambiguity of evidence at their disposal. Evidence of some duplicity exists in the 2001 “Report of the Scholar’s Commission,” in which scholars, reviewing the evidence, came to a consensus contradictory to the TJMF's finding —Jefferson was very likely not the father of Eston Hemings or any of the Hemings’s children.

With the patronage of the DNA study and squarely behind the TJMF’s verdict, which incriminated Jefferson apropos of paternity of Sally Hemings’s children, Gordon-Reed in places in The Hemingses of Monticello (2008) and in subsequent talks and interviews treats Jefferson’s involvement with Hemings as a fait accompli. She goes on with gasconade to describe in detail the particulars of that liaison—a lengthy, loving, mutually fulfilling, and on-the-quiet affair between, not master and slave, but equals. Many questions are skirted, as if irrelevant. Why would Jefferson fall hopeless in love with someone who was likely illiterate and not much more than a mere child when the two presumably got involved in France? Why would he, with such profuse love for Hemings, urge his daughters and their husbands to live with them at Monticello? Why would he, were he carrying on a decades-long relationship with Hemings, allow for numerous visitors on a weekly basis at Monticello? Would not he wish for privacy? Moreover, how could he conceal so perfectly such an affair for over three decades? Furthermore, why did Madison Hemings wait till 1783 to announce to the world that he was the son of Thomas Jefferson? Again, why were Madison’s siblings throughout their life quiet concerning the liaison?

Let us now scroll backward to Thomas Jefferson and Sally Hemings. Must we conclude, in agreement with Gordon-Reed, that “none of this follows”—i.e., that psychologists, who forge generalizations concerning human behavior based on decades of observations and apply them to new cases, are nonadept judges of a person’s character, and that only historians, presumably adept at ferreting out the particulars of a person’s life, are uniquely qualified to judge a figure’s personality?

Not in the least. It simply does not follow that “none of this follows.” There are correlations between psychological dispositions and such correlations are reliable, though not inviolable, predictors of a person’s behavior. Those correlations, however, are matters for those who study human behavior, not for historians, to determine, even though historians, through the unique sort of digging that they do, can contribute considerably to our apprehension of the behavioral tendencies of key historical figures.

Thus, if “none of this follows” itself does not follow, we then cannot with a few glib, seductive phrases, merely vilipend the work of behavioral psychologists in order to advance a thesis.

We thus return to where we began: the pesky argument from character, which must be addressed, not dismissed, by historians.