Europeans Need to Reconsider the Lessons of the Great Depression

Barry Eichengreen is professor at the University of California, Berkeley and author of "Hall of Mirrors: The Great Depression, the Great Recession, and the Uses – and Misuses – of History" (Oxford 2015). 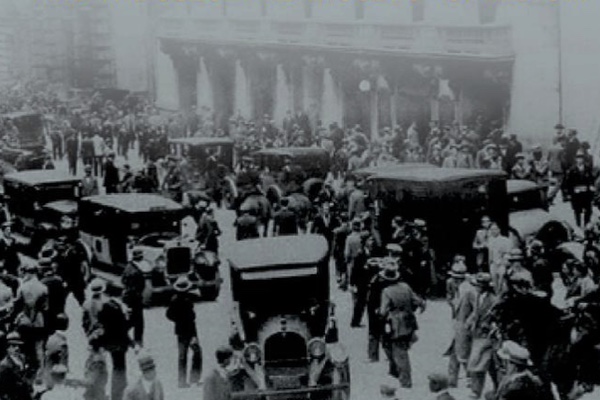 It’s hard to regard America’s recovery from the financial crisis of 2008-9 as a rousing success. But by two standards it is. First, the country’s performance is dramatically better than in the Great Depression of the 1930s. This comparison is stacked, of course, since that earlier episode was the great financial disaster of modern times. Still, it is an appropriate comparison, given how close we came to the kind of full-blown economic collapse experienced in the 1930s.

Second, America has recovered more successfully than the Euro Area. The production of goods and services in the U.S. is now fully 9 per cent above its 2008 level, not good, maybe, but not a disaster. In contrast, Euro Area GDP remains 2 per cent below its 2008 level. This too may be a low standard of comparison, but the contrast is striking nonetheless. 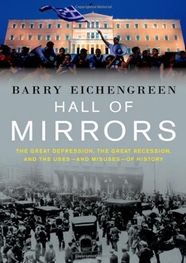 Yet these two observations rest uneasily with one another. The commonplace explanation for how we avoided another depression is that U.S. policy makers, from Ben Bernanke and Timothy Geithner on down, understood that 1930s history. Where the Federal Reserve, starting in 1929, had allowed money, prices and banks to collapse, the Bernanke Fed, its views shaped by that earlier experience, responded this time by massively expanding its balance sheet, avoiding that same catastrophic outcome.

Similarly, whereas little was done to strengthen the financial system between the Great Crash in 1929 and the final collapse of the banks in 1933, political leaders this time responded with the TARP to finance emergency liquidity injections and then with stress tests to force the banks to raise additional capital. Where there had been no attempt to substitute public spending for private spending in the Hoover years, President Obama and the Congress agreed to a $787 billion fiscal stimulus.

The beneficial impact of these policies can be exaggerated, and there has been no little exaggeration along the way. Still, there is no question that these responses helped the U.S. avoid another depression.

These policies reflect the long shadow of history. Milton Friedman’s view that the Fed’s dereliction caused the Great Depression was embraced by none other than Governor Bernanke, who at a 2002 event celebrating Friedman’s 90th birthday acknowledged, “Regarding the Great Depression. You’re right, we did it. We’re very sorry. But thanks to you we won’t do it again.”

Similarly, the Obama fiscal stimulus and Secretary Geithner’s bank stress tests were informed by distilled wisdom about the 1930s. Guidance came from both historical accounts of what went wrong and economic theories developed subsequently to explain the collapse and suggest policies to prevent another.

The paradox is that while Europe shared this history, it failed to respond in like fashion. The German slump of the early 1930s rivalled the U.S. slump in depth and duration. Germany and other central European countries endured banking and financial crises every bit as severe. European governments and central banks, like those of the U.S., were similarly inept in their efforts to contain the 1930s crisis.

Yet European policy makers after 2008 responded not by seeking to avoid the errors of the 1930s but, instead, by repeating them. A brief fiscal stimulus gave way after 2009 to unrelenting Hoover-like budgetary austerity. In 2011 the European Central Bank perversely raised interest rates. Not until 2014, fully six years into the crisis, did European officials organize proper stress tests of their banks.

Blaming the structure of the European Union is tempting but unconvincing. Lacking a federal structure, European states find it hard to mount a coordinated fiscal stimulus. But this did not prevent them from coordinating one-time stimulus measures in 2009 before turning then to policies of harsh fiscal austerity. It did not prevent the United Kingdom, despite not having adopted the euro and hence not being bound by its rules, from also embracing austerity in 2010.

The European Central Bank may have a restrictive mandate, limiting its freedom to purchase government securities and expand supplies of money and credit, but other European countries like Sweden, not having the euro, are not subject to similar constraints. Yet this did not prevent Sveriges Riksbank from also following restrictive policies that compounded problems of recession and deflation.

And it is not as if the history of the 1930s was neglected. In fact it was widely invoked across Europe.

But it was invoked to draw different conclusions and support different policies. For one thing, the context for that history was different. In Central Europe, the depression of the 1930s followed the inflation and debt crises of the 1920s and was seen as an outgrowth of those earlier historical events. When the history of the period was invoked, it seemingly implied that inflation and debts were the ultimate danger, even though it was recession and unemployment that posed the immediate threat. That the Greek crisis came along when it did, and that Greece had serious inflation and debt problems, only encouraged this selective reading of earlier historical evidence.

Second, there was the danger, as always, that the lessons of history would be cherry-picked by officials. The historical record was invoked selectively by politicians whose priority was to cut government spending. History is full of debt crises. The historical record may even contain one or two instances where sharp cuts in government spending did not precipitate or aggravate recessions. But the generality of these exceptional historical episodes was blown all out of proportion by those for whom crisis was simply a pretext to downsize the public sector.

This should not be surprising. Politicians invoke historical evidence as much to justify policies as to inform them. What is surprising is that historians did not do more to call the politicians to task.

Across Europe, anti-system parties of Left and Right are gaining political traction. That perverse policies and economic hard times feed political extremism is another important implication of the 1930s. It is still not too late for European policy makers – and historians – to get this lesson right.