Fewer South Africans believe Apartheid was a crime against humanity 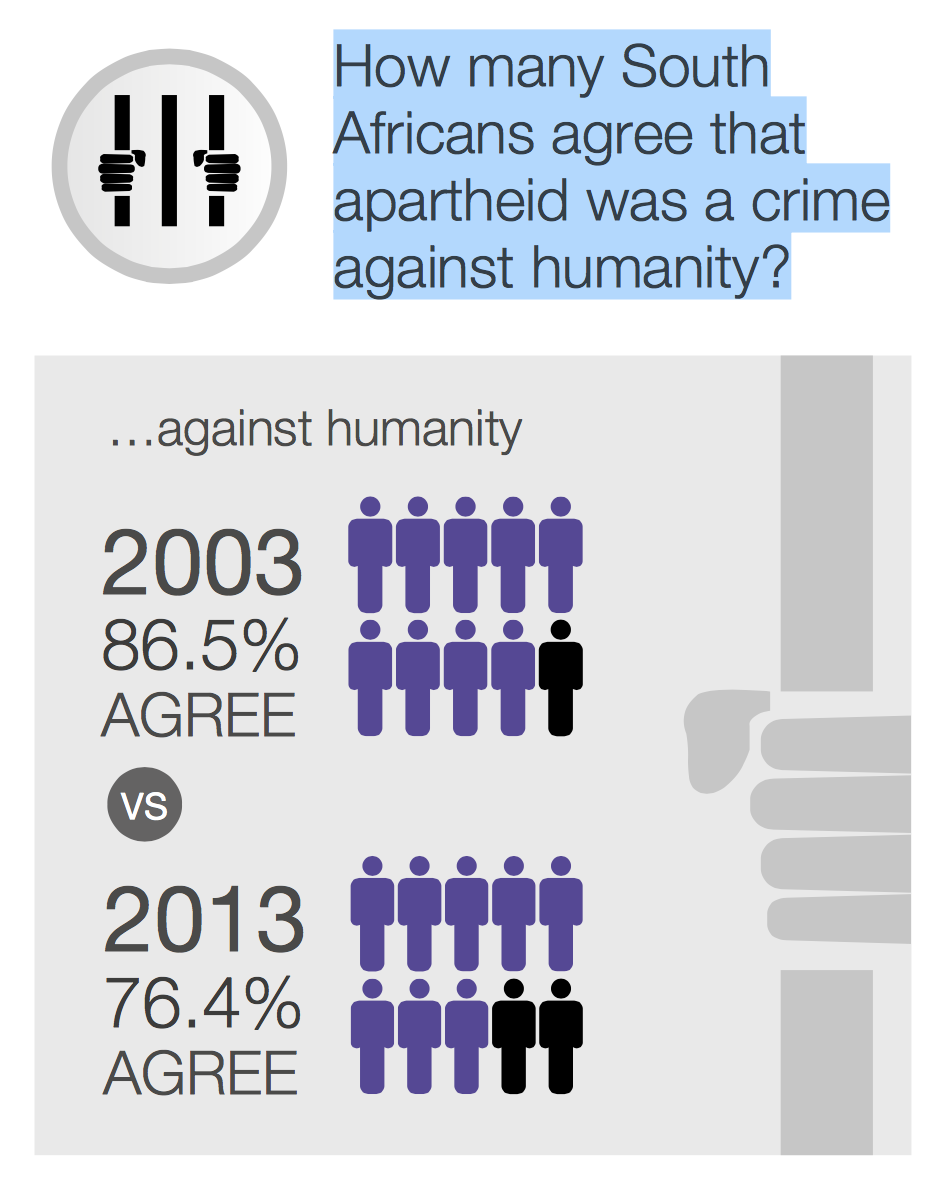 To assess South African memories of apartheid, four commonly recognised historical truths about the nature of apartheid are proposed and respondents are asked whether they agree with these statements:

Statements 1 and 2 were asked from 2003, and statements 3 and 4 were included in 2012. Figure 18 summarises the results of the percentage of South Africans who agreed with these statements between 2003 and 2013.

Related Link  If Apartheid is not a crime against humanity, what is?