The Politics of Thanksgiving Day

With family excitement building with the approach of Thanksgiving, you would never know November was Native American History Month. President Obama had publicly announced the month, but many more Americans will be paying attention to his announcement of Thanksgiving.

Thanksgiving remains the most treasured holiday in the United States, honored by the White House since Abraham Lincoln initiated the Holiday to rouse northern patriotism for a war that was not going well. 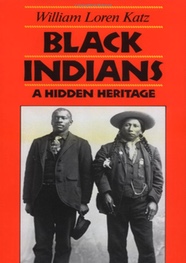 Thanksgiving has often served political ends. In 2003, in the current age of US Middle East invasions, President George Bush flew to Bagdad, Iraq to celebrate Thanksgiving Day with U.S. troops. He sought to rally the public behind an invasion based on lies. A host of photographers came along to snap him carrying a glazed turkey to eager soldiers. In three hours he flew home, and TV brought his act of solidarity and generosity to millions of US living rooms. But the turkey the President carried to Bagdad was never eaten. It was cardboard, a stage prop.

Thanksgiving 2003 had a lot in common with the first Thanksgiving Day. In 1620 149 English Pilgrims aboard the Mayflower landed at Plymouth and survived their first New England winter when Wampanoug people brought them corn, meat and other gifts, and taught them survival skills. In 1621 Governor William Bradford of Plymouth proclaimed a day of Thanksgiving – not for his Wampanoug saviors but his brave Pilgrims. Through resourcefulness and devotion to God his Christians had defeated hunger.

We are still asked to see Thanksgiving through the eyes of Governor Bradford. But Bradford’s fable is an early example of “Euro think” -- a concoction by Europeans that casts their conquest as heroic.

Bradford claims Native Americans were invited to the dinner. A seat at the table? Really? Since Pilgrims classified their nonwhite saviors as “infidels” and inferiors -- if invited at all, they were asked to provide and serve and not share the food.

“It was a fearful sight to see them frying in the fire and the streams of blood quenching the same and horrible was the stink and stench thereof. But the victory seemed a sweet sacrifice and they [the Pilgrim militia] gave praise thereof to God.”

Years later Pilgrim Reverend Increase Mather asked his congregation to celebrate the “victory” and thank God “that on this day we have sent six hundred heathen souls to hell.”

School and scholarly texts still honor Bradford. The 1993 edition of the Columbia Encyclopedia [P. 351] states of Bradford, “He maintained friendly relations with the Native Americans.” The scholarly Dictionary of American History [P. 77] said, “He was a firm, determined man and an excellent leader; kept relations with the Indians on friendly terms; tolerant toward newcomers and new religions….”

The Mayflower, renamed the Meijbloom (Dutch for Mayflower), continued to carve its place in history. It became one of the first ships to carry enslaved Africans to the Americas.

Thanksgiving Day celebrates not justice or equality but aggression and enslavement. It affirms the genocidal beliefs that destroyed millions of Native American people and their cultures from the Pilgrim landings to the 20th century.

Americans proudly count themselves among the earliest to fight for freedom and independence. On Thanksgiving Americans could honor the first freedom fighters of the Americas – those who resisted foreign invasion – but they were not Europeans, and they started long before 1776.

Long before Pilgrims landed at Plymouth thousands of enslaved Africans and Native Americans united to fight the European invaders and slavers. In the age of Columbus and the Spanish invasion they were led by Taino leaders such as Anacoana a woman poet who was captured at 29; and a man Hatuey who in 1511 led his 400 followers from Hispaniola to Cuba to warn of the foreigners, and the next year was captured. Anacoana and Hatuey were both burned at the stake.

Before the Mayflower, thousands of runaway Africans and Indians in northeast Brazil had begun to unite in the Republic of Palmaris, a three walled maroon fortress that enabled Genga Zumba’s 10,000 people of color to defeat Dutch and Portuguese armies. Palmares lasted until 1694, almost a hundred years.

These early nonwhite freedom fighters kept no written records, but some of their ideas about freedom, justice and equality found their way into a sacred parchment Americans celebrate each July 4th.

The traditional and logical way to celebrate freedom fighters has been to start with the earliest. Anacoana and Hatuey would tell us Columbus and the Pilgrims do not qualify for anything but condemnation.