What Can We Learn from History?

Robert Zaretsky teaches in the Department of Modern and Classical Languages and Honors College, University of Houston, and is author most recently of "Boswell's Enlightenment," to be published next spring by Harvard UP. 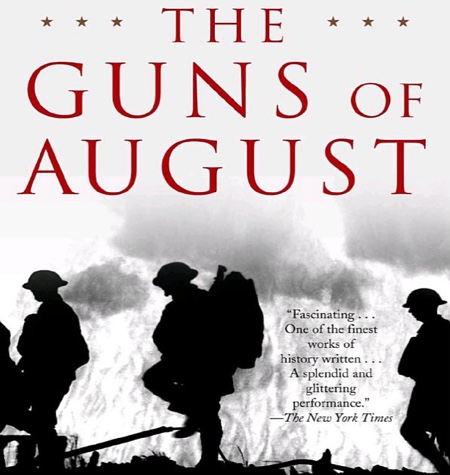 Rarely has history’s future seemed so grim—at least if you are among the endangered breed of professional historians. The dwindling percentage of history majors at American universities—according to the most recent figures, scarcely 2 percent of undergraduate degrees were awarded by history departments—inevitably weighs on the hiring of tenure-track historians. Despite a revitalized economy, the historical profession’s pulse remains faint: while American universities hired more than 1000 PhDs in 2007-2008, only 763 classifieds were placed in 2013. 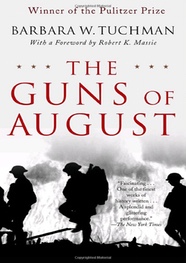 These statistics should, of course, make graduate programs reflect on the wisdom (and ethics) of churning out too many PhDs for too few positions. But they also prod us to reflect on the present state of the past. We find ourselves caught in a paradox: while academic historians grow increasingly marginalized, history itself grows increasingly popular. From mostly lowbrow fare on the History Channel—what we in the profession dismiss as the “Adolf and Eva” Channel—to middle and highbrow documentaries on PBS, Americans cannot have enough history. Commercial publishers, whose future also seems so dire, are betting on the past to save them: popular histories and biographies (a genre long shunned by most self-respecting academics) cover the tables of your local Barnes and Noble.

What are we to make of the past’s popularity? First, in an age where Heraclitus’ observation—the one thing that never changes is change itself—has never seemed more telling, the past has never seemed more compelling. It offers, we believe, stability and security—how can what has already happened ever change? Yet, while this fact will annoy “originalists” on the Supreme Court and talking heads on Fox, the past is always changing, largely because there is no such thing as the “past.” Instead, we tell and write stories—histories—about the past, accounts that change as surely as those who write them have changed from one generation to the next.

Second, the past, we’re told, offers lessons to those of us who live in the present. This is especially attractive today: as we all try to find our footing in the blood-dimmed tide of war and terrorism, history seems to offer us safe heights. We all know George Santayana’s chestnut—“Those who cannot remember the past are doomed to repeat it”—but we should also remember that Santayana was a philosopher and poet. If he had been a practicing historian he might have instead asked: “Which past are we remembering?” And given the necessarily unique nature of past events, he might also have asked what purpose there is in remembering any of these pasts in order to make sense of our current situation.

It might well be that those who do remember the past are doomed to repeat it. Consider the actions of European leaders on the eve of World War One, persuaded that the “July crisis,” sparked by the assassination of Archduke Francis Ferdinand, was no different from several earlier crises, from Morocco to the Balkans, which Europe nevertheless managed to resolve peacefully or contain locally. It was this specific past, one marked by diplomatic huddles and muddling through, that they remembered. The twenty million casualties and incalculable horrors and hardship that followed this particular act of remembering should give us pause. There may be good reason to prefer, as a rule of thumb, the historian A.J.P. Taylor’s quip: “We learn from past mistakes only to make new ones.”

Or, conversely, we go to the past for platitudes that parade as lessons. Take the recent USA Today survey that asked a number of public figures what they thought were the “lessons learned from WWI.” The three conclusions they offered were “Exhaust diplomacy before you use force,” “War is always unpredictable,” and “History should be remembered.” Rarely have lessons been so terribly trite, so demonstrably false or both. Doesn’t World War Two remind us of the costs of exhausting diplomacy before using force? Do we really need a war, when a family vacation will remind us of all that can go wrong with best-laid plans? Isn’t it redundant to urge us to remember history when history, unlike the past, is already a form of remembering?

If we cannot come up with better lessons, what good is the caste of professional historians? Understandably, Americans, be they parents or their children, expect a return on the money plowed into a history degree. As a result, they are disappointed, and rightly so, when all they get are monographs speaking only to specialists, and undergraduate courses reflecting these same parochial interests.

But for us to pretend the past is a guide for the perplexed—a how-to manual for avoiding past errors—is hardly better than for us to pretend disdain for popular expectations. However, we can offer something truer, though not as immediately satisfying to students and general readers. Like our colleagues in the social sciences, historians do not have predictive powers; unlike those colleagues, however, we do have narrative powers. Our stories about the past limn the many and complex paths we took to become who we now are. No less important, these stories have practical value, though not in the sense we usually associate with the word. They offer, in effect, exercises in political and moral judgment.

Since it is the centenary of World War One, why not consider the case of John Kennedy and the Cuban Missile Crisis. What is the relationship between these events? In 1962, just months before the October crisis, Kennedy read The Guns of August, the just published book by an earlier Harvard graduate, Barbara Tuchman. Deeply impressed by the book, Kennedy ordered copies be distributed to military officers. (Just how many read the book is not known, though it is a safe bet to say that Curtis LeMay, the Air Force Secretary who served as model for Jack D. Ripper in Stanley Kubrick’s “Dr. Strangelove,” was not among them.)

At the height of the crisis, Kennedy told his brother Robert Kennedy: “I am not going to follow a course which will allow anyone to write a comparable book about this time, The Missiles of October.” Other aides and advisors recalled that Kennedy often cited the book, particularly Tuchman’s quotation of German Chancellor Bethman-Hollweg. When asked how the war happened, the chancellor replied “Ah, if only one knew!” But Tuchman did know: the war, she argued, resulted from miscalculations and misperceptions on all sides, as well as from the pressure that military leaders (French and Russian no less than German and Austrian) placed on civilian leaders, all of whom foretold disaster if mobilization plans were not followed to the letter.

Yet, what is odd is that the Cuban Missile Crisis of 1962, in many ways, did not resemble the July Crisis of 1914. Whereas the July crisis involved two alliances at odds not only with one another, but also doubtful of the loyalty of their alliance partners, the October Crisis was instead a crisis between two nations—nations, moreover, endowed not with dreadnoughts and machine guns, but ICBMs and atomic warheads.

But such differences between the two events do not matter, if only because Tuchman did not offer an explicit “history lesson.” (She was to do that much later, to much less effect, in The March of Folly.) Instead, she offered a story in which discernment and prudence were sorely lacking on all sides. Tellingly, Kennedy told his brother and Ted Sorenson that The Guns of August had taught him that the greatest danger a political leader could run in time of crisis was “a mistake in judgment.” By “judgment,” he no doubt understood our capacity as human beings to draw fully on perception, emotion and reason to respond to new situations in all of their specificity. (When you think about it, what Aristotle called “proper judgment” in his Ethics is what President Obama meant when he warned “Don’t do stupid stuff.”)

Tuchman did not provide her readers with bullet points or mere analysis, all of which is thin beer for moral and political judgment. Instead, she understood that political and moral judgment requires experience, both one’s own and that of others, distilled into narrative. Her compelling story allowed JFK to reflect on the actions of Europe’s leaders in 1914, thus deepening and sharpening his own capacity for judgment. The Guns of August, for JFK, was less thinking in time, as the title of Ernest May and Richard Neustadt’s book on historical lessons suggests, but instead thinking in narrative. It was less the way in which Tuchman presented the facts from archival documents than the way in which she re-presented them in her own present that captured Kennedy’s attention.

Perhaps there was one other lesson, the most important and most elusive one, that Kennedy gleaned both from Tuchman as well as his own experience: no society, either in 1914 or 2014, no matter how much they believe the future is secure, is exempt from disaster. But, of course, this is a lesson that very rarely takes.