KC Johnson is a history professor at Brooklyn College and the City University of New York Graduate Center. He is the author, along with Stuart Taylor, of "Until Proven Innocent: Political Correctness and the Shameful Injustices of the Duke Lacrosse Rape Case."This post originally appeared on Minding the Campus. 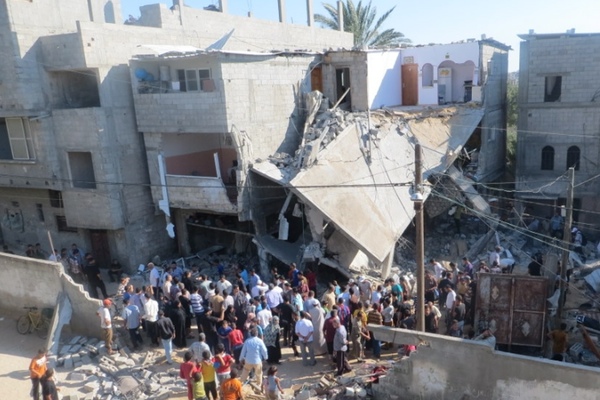 Apart from the Steven Salaita affair (best analyzed by Northwestern law professor Steven Lubet) and the occasional, if typical, borderline anti-Semitic comment from a member of Columbia’s Middle Eastern studies department, the summer has been surprisingly quiet, given events in the region, in academic denunciations of Israel. Until now. A group of 45 historians prepared a statement—subsequently co-signed by hundreds of other historians and people calling themselves historians—on events in Israel and Gaza.

Speaking as historians, the scholars’ letter raised three central points. First, it deplored the “ongoing attacks against civilians in Gaza and Israel.” Second, it condemned Israel for using disproportionate force, thereby “killing and wounding so many Palestinian children.” And third, it demanded that the United States suspend military aid to Israel, while Israel end any blockade of Gaza.

Historians, of course, have the same First Amendment rights as their fellow citizens. Yet the scholars’ letter went out of its way to affirm that the signatories were speaking as historians, not simply as citizens. This approach is odd given that many of the organizing signatories appear to have no academic specialty in U.S. foreign relations, Israeli history, or Palestinian history, the subjects of the petition. For example, Rutgers’ Temma Kaplan describes her scholarly interests as “women, gender and sexuality and their impact on political popular culture in Spain, Argentina, Chile, Mexico, South Africa, and the United States.” My former Brooklyn colleague, Renate Bridenthal, is a German historian whose work focused on German immigrants and women in Europe. NYU’s Rebecca Karl is a historian of modern China; her colleague Michelle Mitchell specializes in African-American history, especially of the Jim Crow era. No doubt these are all very intelligent people. But they seem to possess no more academic qualifications to comment on U.S. foreign policy or Israeli-Palestinian security relations than random people wandering Central Park.

But, the historians might object, their letter does deplore violence against Israeli citizens. A reader of their document, however, could be forgiven for doubting the sincerity of the scholars’ sentiments on this issue. After all, the signatories’ policy recommendations would dramatically increase the likelihood of innocent Israeli children perishing. Suspending U.S. military aid would eliminate, in part, funding for Iron Dome, which has saved the lives of thousands of Israeli citizens over the past two months. And allowing unfettered access to Gaza would provide an opening for Hamas’ patrons in Ankara, Doha, and (sometimes) Teheran to supply the terrorist regime with more, and more powerful, rockets—which could then be fired on an Israeli populace whose Iron Dome protection had been weakened by the military aid cutoff the historians demand.

Doubtless the historians would regret such an outcome. But they’re historians, who deal with the past, not the future.