John W. Johnson is a Professor of History at the University of Northern Iowa and the author of a number of books on American civil liberties. 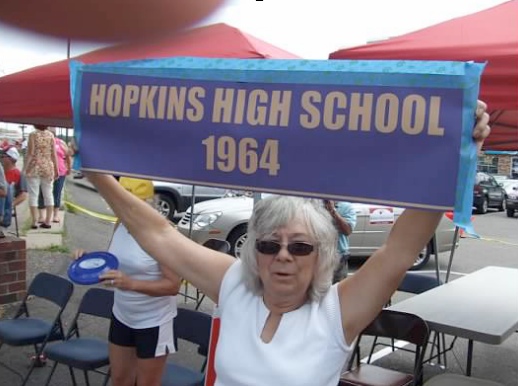 Last week I did something that many of you of a certain age have done: I went to my 50th high school reunion. Not a big deal, you say. Embrace it, avoid it. Take it, or leave it. So why write about it for HNN? Let me make the case.

As an academic historian, I have taught a course on recent U.S. history for most of my career. I begin with the Kennedy administration and conclude with the latest digital news stories. Thus, for a historian of the American past to go back for a 50th class reunion is a bit of a busman’s holiday. I didn’t return with the intention of combining business with pleasure, but that’s the way it turned out.

My school is Hopkins High, located in a western suburb of Minneapolis, Minnesota. Although not as upscale as some of the other Twin Cities suburbs, Hopkins was—and is--a comfortable bedroom community. My graduating class numbered just under 600; about 120 of whom, plus a couple dozen brave spouses, appeared for the reunion. The reunion activities were held in a multi-story, glass-box hotel, situated on what was likely farmland back in the sixties. Our school moniker was then “The Warriors.” Now, with a bow to political correctness, we are “The Royals.”

Fortunately, the organizers of the reunion did not overly structure the events of the weekend. That gave all of us plenty of time to reminisce and for me to ruminate about how the experiences of my cohort of baby boomers--all now in their late 60s--reflected or defied historical patterns of the last half century.

The first thing that hit me at the reunion was the absence of racial diversity. As one classmate noted, “there were more people of color among the foreign exchange students at Hopkins in the 60s than in the entire ‘regular’ student body.” As far as I could tell, there were no African Americans at the reunion, although there appeared to be a few spouses of Asian heritage. Following the reunion, some of us attended the traditional “Hopkins Raspberry Parade,” where a few racially-mixed high school student groups proudly marched. So things have changed a bit.

There was modest religious diversity in the 1960s at my high school: Hopkins was decidedly Protestant; but it also was about 15% Jewish. Outside of religious communities, almost no one in our high school years talked much about his or her faith. But at the reunion, some classmates shared accounts of personal spiritual journeys, mostly outside of mainstream religion.

Gay students were tightly closeted in the sixties at Hopkins High. Even today, my classmates professed knowledge of only a handful of gay members of the class.

A scant two months after the members of the class of ’64 received our diplomas, the Gulf of Tonkin incident sparked a greatly expanded American military presence in Southeast Asia. Most male ’64 Hopkins graduates who later attended college received several years of student deferments. Ultimately, only about 4 dozen of the 275 or so male students in my class served in the military during the Vietnam Era. Many of the other men in the class of ’64 took steps to avoid service.

The Women’s Movement had not yet materialized in Hopkins in the early 1960s. Although female classmates were well represented in such extra-curricular activities as music, theater and student government, athletics was a male bastion (with the support of female cheerleaders, of course). The debate team, of which I was a member, was predominantly male.

A majority of women in the class of ’64 attended college. Many later juggled children and careers. Women and men at the reunion recalled taking classes from several outstanding female teachers in the 1960s. Classmates noted that the options available to women today in many fields did not exist in the 1960s. Whereas many of the brightest women in the 1960s were teachers, today their daughters and grand-daughters gravitate towards careers in business, law, medicine and engineering. Hence, one classmate pondered, “Did the Women’s Movement, by offering increased career options for bright and ambitious women, have the unintended consequence of diminishing the post-1970 pool of quality public school teachers?”

There was little talk at the reunion of personal economic and professional achievements. A few classmates had amassed small fortunes, and some had received substantial recognition in their careers. But, in the 50 years since leaving high school we had all, in the words of one classmate, “taken some hits.” Most notable were health problems. Sadly, about 10% of my classmates are deceased: that’s slightly below the national mortality rate for our age group.

Divorce was the not-so-quiet elephant in the bars and meeting rooms at the reunion hotel. The rate of our class members’ marriage dissolutions probably surpassed the national average. I sat in on several conversations--at times awkward but often poignant--about marriages that didn’t work out.

The kind of bravado so evident in our high school years was virtually absent at the reunion. Members of the class of ’64 expressed more pride in the triumphs of their children and grand-children than in their own successes. The best stories I heard at the reunion were self-deprecating ones. 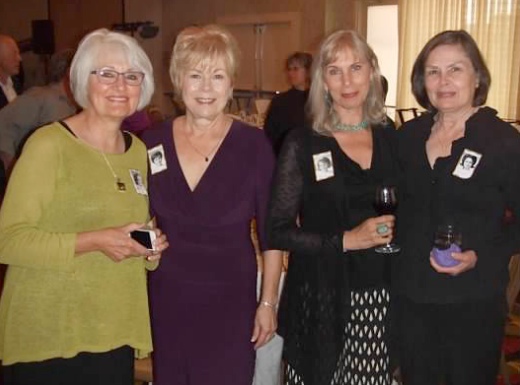 Speaking of stories, among the common themes in our conversations were the triumvirate of “sex, drugs, and rock and roll.” There was still talk—after all these years—as to who in our class was romantically linked to whom. We shared accounts of concerts and parties we had attended. Several classmates confessed to sampling a range of mind-altering substances—and lived to tell about it, occasionally in awkward conversations with their own children.

After sharing accounts of sundry hijinks, members of the class of ’64 ultimately got around to discussing the academic side of our high school years. We agreed that we were fortunate to have had parents who chose to settle in a community boasting progressive public education. At a propitious time in post-Sputnik America, we benefited from advanced classes, especially in math and science. We had dedicated and creative teachers who encouraged us to read widely and then mentored us in oral and written communication. And, as was common in the sixties, we engaged in friendly competition in homogeneously-grouped classrooms.

So, to conclude, what did I learn about recent U.S. History from my brief time with classmates in the old neighborhood. Three things stand out.

First of all, I came away struck by the lingering effects of the Vietnam War. Although most men from the Hopkins class of ’64 did not serve in the military, we recognized that the War and the draft altered the course of all our lives in one way or another. The 15 or so veterans at the dinner on the second night of the reunion were recognized and received respectful applause from the rest of us. Later that evening, male classmates—vets and draft avoiders alike—shared, without rancor, memories of a divisive time in American history.

Secondly, I was impressed by the interesting lives that the women in my class had made for themselves over the years. An anthology examining the successes and travails of middle class women from the 60s to the present could be assembled from the accounts of the women with whom I renewed acquaintances last weekend. One of the female members of my class, for example, spent a number of years as the road manager of a popular country/blues band. Her stories trumped those of class members who had gone on to corporate board rooms, high-powered law firms, or the halls of academe.

Finally, it occurred to me during my visit last week to the old environs that the members of Hopkins class of ’64 were allowed to learn, mature, and even blossom at a fortuitous place and time in American history. We were sheltered from the wider, changing world of the early 1960s. Income inequality in our high school existed, of course, but it didn’t seem that apparent. We had good teachers in a challenging but nurturing school system. And, at the risk of indulging in a final bit of sentimentality, the members of the Hopkins class of ’64 benefited from each other. Our class was blessed with an unplanned synergy and friendly rivalry. To paraphrase Henry Adams, our “accidental education” at this special time and place was worth more than all the carefully laid-out schemes of social engineers.

It was a pleasure last week to relive some of those times with the class of ’64.