Why Are Campus Administrators Making So Much Money? 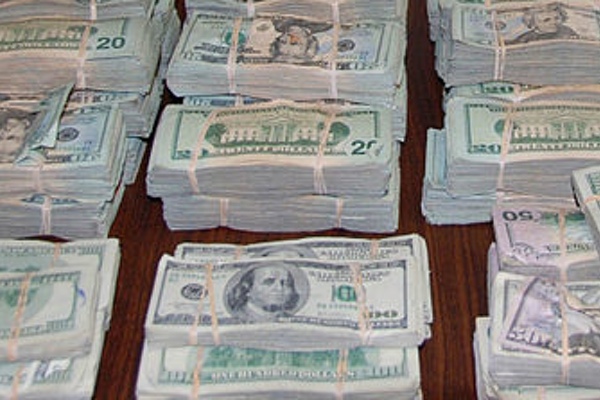 Americans committed to better living for bosses can take heart at the fact that college and university administrators—unlike their faculty (increasingly reduced to rootless adjuncts) and students (saddled with ever more debt)―are thriving.

In 2011, the last year for which figures are available, 42 private college and university presidents received more than a million dollars each for their work.  Robert Zimmer (University of Chicago) was the best-paid, at $3,358,723.  At public colleges and universities, nine top administrators garnered more than $1 million each in 2012-2013, with the best-paid, E. Gordon Gee (Ohio State University), receiving $6,057,615.

Since then, it’s likely that the number of millionaire campus presidents has increased, for their numbers have been growing rapidly.  Indeed, in 2012-13, the number of public university presidents receiving at least $1 million for their services more than doubled over the previous year.

In addition to their formal compensation, college and university presidents receive some very lavish perks.  These include not only free luxury cars and country club memberships, but free university housing.  James Milliken, the chancellor of the City University of New York, attended by some of the nation’s most impoverished students, lives rent-free in an $18,000 a month luxury apartment on Manhattan’s posh Upper East Side.  From 2000 to 2007, when Gordon Gee was chancellor at Vanderbilt University, he benefited from a $6 million renovation of the university mansion in which he and his wife resided.  According to a New York Times article, after Gee moved on to his multi-million dollar job at Ohio State, he was known for “the lavish lifestyle his job supports, including a rent-free mansion with an elevator, a pool and a tennis court and flights on private jets.”

The soaring incomes of campus administrators are paralleled by their soaring numbers.  Between 1993 and 2009, their numbers reportedly increased by 60 percent, to 230,000―ten times the rate of growth of the faculty.   According to a February 2014 report by the American Institutes for Research, between 1987 and 2012 the number of administrators at private universities doubled, while their numbers in central university system offices rose by a factor of 34.

A look at one university system is instructive.  Between 1975 and 2008, the total number of administrators at California State University rose 221 percent (from 3,800 to 12,183), compared to an increase in full-time faculty of less than 4 percent (from 11,614 to 12,019).  CSU thereby achieved the distinction (since then, rapidly fading) of having more administrators than full-time faculty members.

In Canada, where the situation is much the same, faculty members recently teamed up in groups of four to apply for an advertised position as president of the University of Alberta.  They explained that, “by job-sharing this position, we would be able to do a better job than any one person could do―and the salary is certainly ample enough to meet the needs of all four of us.”  A leader of their collective action told a reporter that it was designed to highlight “the disparity between the recent growth of university administration―both in terms of numbers of administrators and in terms of their salaries―and their rhetoric of austerity, which has resulted in program cuts, loss of tenure-track jobs, increasing numbers of poorly-paid, insecure sessionals [adjuncts], and skyrocketing tuition.”

Not surprisingly, the soaring income and numbers of administrators have led to their consuming an increasing share of the campus budget, thereby reducing the percentage spent on teaching and research.

Their rapidly-rising income reflects, in part, the fact that the boards of trustees of most higher educational institutions are dominated by businessmen, who, naturally, are accustomed to the outlandish incomes and perks of the corporate world.  Thus, for example, the board of trustees of New York University had no hesitation in giving university president John Sexton a $1 million loan to help build his lavish vacation home on Fire Island, despite the fact that he was already receiving $1.5 million per year from that university.  When the loan became a source of public controversy, the board chair responded indignantly:  “This is a guy who could readily make $25 million a year” in the private sector!

In addition, as boards of trustees are often less concerned about education than about money, they are dazzled by administrators who rake in large financial contributions.  Against the backdrop of drastically-reduced public funding for universities, attracting donations from the wealthy and their corporations―plus, of course, raising tuition and reducing faculty salaries―is considered particularly desirable behavior in a modern university administrator.  Thus, as a Wall Street Journal article noted, the nation’s top-paid administrator in 2013, Gordon Gee, was “a prolific fundraiser,” who oversaw an Ohio State fundraising campaign that, by the middle of that year, had “raised more than $1.5 billion.”  The priorities were also clear when it came to NYU’s John Sexton.  Although the faculty voted no confidence in him for his autocratic actions, the chair of the board of trustees retorted:  “Since he became president we’ve raised, I think, $4.7 billion in contributions.”  He added:  “We’re convinced there is no one who could be more effective than John, and I speak on behalf of a totally unanimous board.”

Thus, whatever the plight of faculty and students, these are boom times for campus administrators.