What the Present Chaos in Iraq Should Teach Us: It’s Time for a New U.S. Foreign Policy

Walter G. Moss is a professor emeritus of history at Eastern Michigan University. He is the author of A History of Russia, Vol. I and Vol. II and is a Contributing Editor of HNN 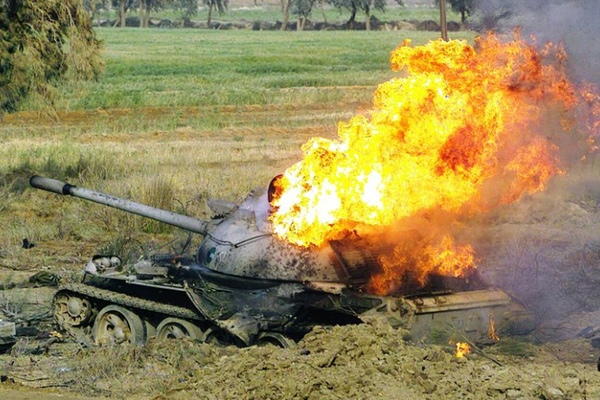 In mid-June former Vice President Dick Cheney and his daughter Liz wrote in The Wall Street Journal of “the black-clad ISIS [Islamic State in Iraq and Syria] jihadists’’ now taking over parts of Iraq. Besides faulting Obama for this development, the Cheneys added, “Rarely has a U.S. president been so wrong about so much at the expense of so many.”

In addition, President Obama’s major speech on foreign policy in late May at West Point, the release in June of former Secretary of State Hillary Clinton’s memoir Hard Choices, and the deterioration of U.S.-Russian relations resulting from the crisis in Ukraine, all make this an ideal time to rethink and debate U.S. foreign policy.

In a recent HNN essay I stated that our policies toward post-communist Russia were stale and unimaginative and needed rethinking and more creativity. Thus, a new approach was required, one grounded in “ethical realism,” as Anatol Lieven and John Hulsman defined the term in their 2006 book. Here I’ll extend that argument to our overall foreign policy, which in recent decades has too often been unwise.

The ethical realism mentioned above is based on the foreign policy ideas of Reinhold Niebuhr, Hans Morgenthau, and George Kennan. In a new Introduction (2008) to Niebuhr’s The Irony of American History (1952), Bacevich referred to it “as the most important book ever written on U.S. foreign policy,” and his own writings and comments (e.g., to Bill Moyers) make him a worthy follower of the earlier ethical realists.

The biggest failing of U.S. foreign policy according to these thinkers has been its arrogance, its lack of humility. Bacevich writes, “As prophet, Niebuhr warned that what he called . . . “our dreams of managing history”—dreams borne of a peculiar combination of arrogance, hypocrisy, and self-delusion—posed a large, potentially mortal threat to the United States. Today we ignore that warning at our peril.” Morgenthau and Kennan also emphasized humility. As Lieven and Hulsman write, “National humility, and the tolerance and patience that stem from it, were emphasized as essential virtues by all the ethical realists.”

But in the past half century the national humility called for by Niebuhr, Morgenthau, and Kennan has often been absent. In his The Arrogance of Power (1966) Senator William Fulbright warned, as did the three ethical realists, against our arrogance in Vietnam. On 19 March, 2003, the day the United States began its invasion of Iraq, Senator Robert Byrd once again accused us of it: “We flaunt our superpower status with arrogance. We treat UN Security Council members like ingrates who offend our princely dignity by lifting their heads from the carpet. Valuable alliances are split. After war has ended, the United States will have to rebuild much more than the country of Iraq. We will have to rebuild America’s image around the globe.” In Rumsfeld’s Wars: The Arrogance of Power (2008), scholar Dale R. Herspring, a conservative Republican, criticized President Bush’s secretary of defense for his arrogance. And both Bacevich and the authors of Ethical Realism also believed that the war on Iraq again displayed U.S. hubris.

Rumsfeld’s successor as secretary of defense, Robert Gates, has written of U.S. arrogance in another area—Russia.

From 1993 onward, the West, and particularly the United States, had badly underestimated the magnitude of Russian humiliation in losing the Cold War and then in the dissolution of the Soviet Union. . . . The arrogance, after the collapse, of American government officials, academicians, businessmen, and politicians in telling the Russians how to conduct their domestic and international affairs . . . had led to deep and long-term resentment and bitterness.

More recently some of our foreign policy actions relating to the Ukrainian crisis have smacked of a similar know-it-allness. The best example is the now infamous conversation of the hawkish Assistant Secretary of State for European and Eurasian Affairs Victoria Nuland, appointed by Hillary Clinton, with the U.S. ambassador to Ukraine.

Besides the need for national humility, the ethical realists mentioned above have emphasized several other characteristics they believe our foreign policy should embrace and which have often been lacking: knowledge of other countries’ history and culture, prudence, empathy, tolerance, and responsibility.

About knowledge, the authors of Ethical Realism write: “Not one of the senior civilian and military planners of America’s engagement in Vietnam could have passed a midterm freshman examination in modern Vietnamese history. The same type of criticism could be made of the planners of the Iraq War.”

About prudence, the two authors state that it “is the single most important ethical trait a state’s leader can possess in order to prepare for short-term crises and long-term historical decline.” Aristotle equated it with practical wisdom and believed that exercising it was the main obligation of a political leader (for more on wisdom and politics, see here). In his The Irony of American History Niebuhr often mentioned prudence and wisdom, and in another work he wrote that “the wisdom by which we deal with our fellowmen, either as comrades or competitors, is not so much an intellectual achievement as the fruit of . . . humility.”

Regarding empathy, Lieven and Hulsman quote Morgenthau, who wrote: “the political actor . . . must put himself into the other man’s shoes, look at the world and judge it as he does, anticipate in thought the way that he will feel and act under certain circumstances.”

Closely connected to empathy and humility is tolerance. Being able to imagine what others are going through and realizing our own imperfections makes us more tolerant of the views and actions of others. Tolerance, in turn, encourages negotiation and compromise. In Ethical Realism we read that “the first task of ethically responsible statesmen therefore is not to seek rapid ideological transformations, but to manage international relations in such a way that this continual negotiation contributes to a ‘community of reason.’ ”

We also read there that ethical realism embodies what Max Weber called an “ethic of responsibility, as opposed to the ethic of convictions. . . . Neither . . . can good intentions be a valid excuse if—as in the decision to go to war in Iraq—they are accompanied by gross recklessness, carelessness, and indifference to the range of possible consequences.”

Both Lieven and Bacevich believe that as compared to the George W. Bush administration, Obama’s has pursued a more capable, but still flawed, foreign policy. Lieven praised Obama for resetting relations with Russia after they reached a new post-Soviet low under Bush following the Russian-Georgian war of 2008, but he has more recently criticized the president’s dealings with Ukraine and Russia during the present Ukrainian crisis.

In his interview with Bill Moyers, Bacevich indicated that he thought Obama’s foreign policy, was “mediocre at best.” But the president had learned from Bush’s mistakes “that invading and occupying countries in the Islamic world is a pretty dumb idea. It leads to complications and enormous costs.” Yet, Bacevich faulted Obama for not going “beyond learning the negative lessons of the Bush era to coming up with a positive approach to the Islamic world.” And he added, “Were we able to broker a peace that created a sovereign, coherent, viable Palestinian state, that actually could be the one thing we could do that would seriously change the tenure of US relations with the people of the Islamic world. But that effort has failed.”

In fairness to the Obama administration, the president has displayed empathy for both the Israelis and Palestinian Arabs. In March 2013 in Jerusalem, for example, he urged Israelis to consider the Palestinians’ “right to self-determination and justice,” and he added, “Put yourself in their shoes, look at the world through their eyes.” But Lieven has pointed out that any two-state solution proposed by Obama is constrained by the overwhelmingly pro-Israeli sentiments of Congress.

Earlier this year Bacevich emphasized the continuities in U.S. foreign policy over the past two decades when he wrote of the “Bill-W.-Obama” era, which displayed an “expansive, militarized foreign policy.”

Part of the reason for the continuity was the influence of Robert Gates and Hillary Clinton. The first served as secretary of defense (after Rumsfeld) under George W. Bush and Obama (until 2011); and the second, after exercising some influence during her husband’s two terms and then becoming a senator, became Obama’s secretary of state (2009-2013). According to the memoirs of both, they worked closely together and often saw eye to eye. The recent words of neoconservative Robert Kagan (mentioned above) indicate just how hawkish she is: “I feel comfortable with her on foreign policy.” If elected president and “she pursues a policy which we think she will pursue,” he continued, “it’s something that might have been called neocon.”

President Obama’s recent West Point speech does not indicate much new thinking on foreign policy, and HNN has already posted several reactions to it (see, e.g., here and here). It certainly reflected a more cautious approach than that of his predecessor, but also contained lines such as “the United States is and remains the one indispensable nation. That has been true for the century past, and it will be true for the century to come.”

In an earlier essay I quoted a 2010 criticism of Obama’s foreign policy: “He instinctively gives the benefit of all doubts to those who embody a conservative perspective. He lacks the imagination and forcefulness to fashion his own conception of what a situation is, what it means and what the public need dictates in the way of policy action.” Leading contenders for the 2016 presidential election, including Hillary Clinton, also seem to embrace a stale—and even more arrogant—view of the U.S. role in the world.

Past thinkers like Niebuhr, Morgenthau, and Kennan, and present ones like Lieven, Hulsman, and Bacevich do not reflect any one ideological viewpoint, either on the Left or Right. Perhaps pragmatic ethical realists best describes them. Trying to figure out exactly what the United States should do in international situations is often complex and difficult, and we average citizens without expertise need to be sufficiently humble. But for guidance in Iraq and elsewhere I suggest we would be better off heeding the principles of the six individuals above rather than seeking it from our politicians.