Whatever You Think of Stokely Carmichael, You're Probably Wrong

Peniel E. Joseph is Professor of History at Tufts University and the author of the award-winning "Waiting Til the Midnight Hour," as well as editor of "The Black Power Movement" and "Neighborhood Rebels." His latest book is "Stokely: A Life" (Basic Books). 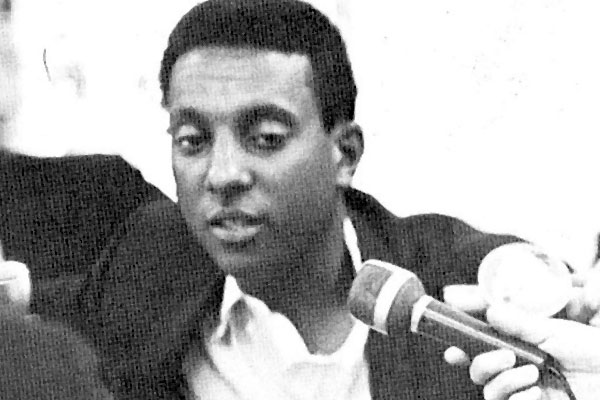 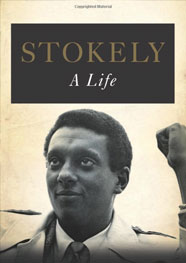 Carmichael is best remembered as the young firebrand who introduced the term Black Power to an unsuspecting nation in 1966. The popular narrative suggests that, in opening the Pandora's Box of racial separatism and grievances the term implied, Carmichael singlehandedly ushered in a mean season of race hatred, political divisions, and, ultimately, the end of Martin Luther King's beloved community. But Carmichael exemplified, to both grassroots organizers and everyday people, a fearless pursuit of racial and economic justice, one that inspired elite white college students and poor black sharecroppers to view him with admiration. In truth Carmichael defied political orthodoxies and ideologies even as his image became forever linked to racial revolution.

A decade spent researching a biography of Stokely Carmichael helped me to understand the man behind the myth.

Carmichael was neither a madman nor a saint. Larger than life, combative, telegenic and prone to angry outbursts and philosophical introspection, Carmichael resisted the popular urge to make his rough edges smooth. Just as quickly as he rocked the national stage with his lean silhouette, flashing eyes, mischievous smile, and handsome, baby faced celebrity, Stokely Carmichael later seemed to vanish into a self imposed African exile. Periodically, he returned stateside, renamed as Kwame Ture and preaching a philosophy of revolutionary pan-Africanism. Barack Obama himself, as a young college student at Columbia University, once listened in awe as Ture delivered a jaw-dropping speech railing against American injustice.

Born in 1941 in Port of Spain, Trinidad, Carmichael moved to New York City shortly before his eleventh birthday. Handsome, intelligent, and gregarious, he tested into Bronx Science High School and, despite being one of only a handful of black students, became the most popular student of his graduating class of 1960.

Stokely cut his teeth organizing garment workers under the tutelage of Future March On Washington organizer Bayard Rustin. Carmichael's politics were always deeply personal. He marched in pro-Israel rallies alongside Jewish classmates and set out to "solve the race question" while still in high school.

By the time a wave of sit in demonstrations galvanized the nation in the spring of 1960, Carmichael was ready. Over the next four years as a student at Howard University, Carmichael spent summers in Mississippi, birthdays in jail, and even testified before a civil rights commission on racial discrimination in the building trades, all while maintaining solid grades as a philosophy major.

Upon graduating from Howard University in 1964, Carmichael became a full time organizer in Mississippi. His efforts as part of SNCC's "Freedom Summer" recruited over a thousand volunteers to participate in an experiment in interracial democracy that challenged the Magnolia State's Jim Crow practices. Carmichael, who would become a sort of poster boy for Freedom Summer, served as the project director for Mississippi’s Second Congressional District. In this capacity he inspired, cajoled, and teased but always dazzled the interracial group of organizers under his direction.

White activists adored him and he returned their affection in kind. Shared willingness of physical risk in the face of danger transcended racial division on the movement's front lines.

Carmichael’s outsized personality and political fearlessness earned him admiration from colleagues, but most importantly their trust and respect. Organizing victories in Mississippi and Alabama (where he helped create the original Black Panther Party with local sharecroppers) buoyed his standing within SNCC enough to make him chairman, where he replaced the future Georgia Congressman John Lewis.

His tenure as SNCC chairman would last just one year but would be long enough to change the trajectory of American race relations. Carmichael’s call for “Black Power!” during a three week-long Freedom March in Mississippi gripped the national imagination like a fever dream. The controversies surrounding the term’s meaning only enhanced his standing among a new generation of militants.

Black Power’s shock value muffled some important nuances. Stokely’s personal friendship with King, a civil rights leader he admired deeply, fit outside conventional portraits of the era’s new racial militancy. So did Carmichael’s unwavering anti-war stance. Many found it hard to reconcile Stokely’s apocalyptic description of white racism and “smashing Western civilization” with the smiling young man who listened to Bob Dylan and counted New Left activists such as Tom Hayden as friends.

In 1968, a year where history’s pace seemed to accelerate at breakneck speed, Carmichael went from being Black Power’s telegenic rock star, one capable of headlining huge political rallies in support of imprisoned revolutionaries, to a self-imposed exile in Guinea, West Africa. There he became Kwame Ture, the indefatigable anti-imperialist who had, in his youth, been known as the hell raiser Stokely Carmichael. The boldest political activist of his generation gave way to the most stubborn. His dreams of African unity merged a call for revolutionary violence with romantic cultural appeals that seemed to ignore the continent’s unruly history and complex ethnic divisions. By the time of his death from prostate cancer in 1998, Ture was largely forgotten.

Stokely Carmichael’s DNA is as much a part of the civil rights era as of Black Power. His erasure from America’s collective memory is tragic in that it impoverishes our understanding of the most important movement in our national history. Carmichael, no less than activists such as King and Lewis, helped to transform American democracy in the 1960s, paving the way for political reverberations he could have scarcely imagined. There is, on this score, a delicious irony in the young Barack Obama’s view of Carmichael. Stokely’s activism opened up political doors and undreamed of opportunities for the “Joshua Generation,” although most of the credit has gone largely (and understandably) to King. Some of this is beginning to change. Last year, Mississippi erected a plaque commemorating Carmichael’s Black Power speech in Greenwood’s Broad Street Park as part of the state’s “Freedom Trail” markers. And playwright Robert Shenkkan’s brilliantly sprawling Broadway play about Lyndon Johnson and civil rights, “All The Way,” features the young Stokely as a prominent character.

Ultimately, Carmichael’s political example is important precisely because it offers us an unvarnished look at a struggle for racial and economic justice that, despite holidays and commemorations to martyred leaders, remains frustratingly incomplete. If Martin was the undisputed King of the black freedom struggle, Carmichael remains the Prince of a black revolution that, despite its missteps and shortcomings, paved the way for America’s journey from Black Power to Barack Obama.