Steven Casey is Professor in International History at the London School of Economics. His books include Cautious Crusade (OUP, 2001) and Selling the Korean War (OUP, 2008), which won the Harry S. Truman Book Award. His new book, When Soldiers Fall: How Americans Have Confronted Combat Casualties from World I to Afghanistan will be published by OUP in January 2014. 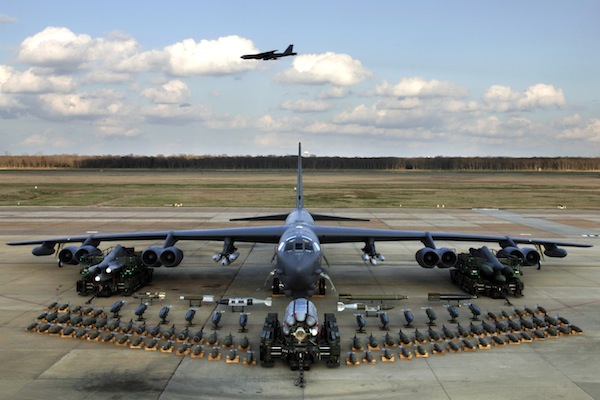 Barack Obama has become the “drone warrior-in-chief.” As president, he has rejected bogging down U.S. ground forces in protracted, perhaps unwinnable wars, in favor of unleashing modern technology that kills terrorists without exposing American soldiers to peril. It is a controversial strategy. Conservatives accuse Obama of moral amnesia. They emphasize the hypocrisy of the Nobel Laureate directly controlling a campaign of “assassination by remote control.” Many liberals simply stress the immorality of his actions. They recoil from their president launching a reign of death from the skies, breaking international law and undermining the sovereignty of a supposed ally to boot.

Viewed outside the parameters of the today’s intense partisan politics, however, Obama’s emphasis on drones is not particularly novel. Presidents have often concentrated on “technowar”: using new innovations, from air power to smart bombs, in order to avoid the high casualties associated with deploying a massive ground army. They have invariably done so for one reason above all others: a clear sense that the public will no longer support a foreign policy dependent on a type of war that results in large numbers of U.S. casualties

Obama became president in the wake of an intensely unpopular war in which thousands of Americans had died for a cause that seemed increasingly murky. He was not the first president to occupy the White House in such a situation. With the exception of World War II -- the so-called “good war,” which remained popular to the end -- America’s wars in the past century have all generated their own casualty-related hangovers.

The Vietnam syndrome is the most famous. As the United States got embroiled in a stalemate and then suffered a searing defeat, the American public increasingly opposed deploying U.S. ground troops to combat communism. Nixon recognized this fact in 1969, and tried to persuade America’s allies to share more of the burden of containing communism. Reagan hoped to change this fact in 1981, but even the “great communicator” felt constrained when contemplating rolling back communism in Central America. As he later conceded, “after Vietnam, I knew that Americans would be just as reluctant to send their sons to fight in Central America, and I had no intention of asking them to do that.”

Similar syndromes had already existed after both World War I and the Korean War. Soon after the guns fell silent on the Western Front in 1918, many Americans concluded that the brutal and bloody trench warfare of the past four years should never be repeated. Likewise, for more than a decade after the Korean War armistice, political leaders decided that the American people would not support another protracted Asian ground war.

Although these different syndromes varied in strength and longevity, they all prodded presidents in a similar direction: a desperate desire to avoid combat casualties. Franklin Roosevelt was the most important leader in the interwar period. Politically savvy, he reflected the national mood by public declaring his hatred of war in 1936. As the international crisis deepened in 1940-41, Roosevelt responded by extending U.S. economic support to Britain in the form of lend-lease, while pledging “to keep war away from our country and our people.” Even after Pearl Harbor, Roosevelt remained attracted to hi-tech forms of warfare, which promised to keep American losses low, from the strategic air campaign over Germany and Japan to constructing the atomic bomb.

In the wake of Korea, Dwight Eisenhower followed a similar path. After 1953, his technowar strategy translated into building up the American nuclear arsenal. With the ability to threaten “massive retaliation,” Eisenhower’s aim was to deter the communists from launching another Korean-style invasion, although he also contemplated reviving Roosevelt’s 1940-41 policy of providing aid short of war. In 1954, for instance, when the Vietnamese communists threatened to overrun French forces at Dien Bien Phu, John Foster Dulles, Eisenhower’s secretary of state, suggested letting local and regional troops do the fighting, while the United States extended air and naval support, money, and supplies.

Such strategies helped to reconstruct domestic support for the use of force after the searing experience of high-cost ground wars, but they have never been entirely problem-free. Technowar’s most obvious drawback is that it promises only to reduce U.S. casualties. What happens to the enemy is largely ignored.

In the short run, ignoring enemy losses -- even civilian ones -- may be good politics. Richard Nixon was perhaps the most cynical technowar practitioner. He came to power in 1969, when domestic support for the Vietnam War was already threatening to collapse. Nixon responded by gradually reducing U.S. troop involvement, while unleashing an ever-more vicious air attack on Southeast Asia. On September 21, 1972, his government proudly proclaimed that the past week had seen no combat deaths -- the first time this had happened in seven years. Just over a month later, Nixon won reelection in a landslide, much to the disgust of his antiwar opponent, George McGovern, who responded acerbically: “When the corpses changed color, American interest diminished.”

Forty years later, Obama reached a similar conclusion. Although vocal partisans on the right and left castigated him for relying on drones, Obama saw his technowar strategy as a political strength. Not only did it disrupt terrorist networks overseas, but it also outmaneuvered his mainstream political opponents at home, for it muted their claim that he was “soft” on national security.

As a short-term political strategy, then, technowar works. But presidents are never interested solely in polls and elections. They also fret about their historical legacy, and here civilian casualties can themselves inflict significant collateral damage. The deaths that resulted from Nixon’s Christmas bombing of North Vietnam, not to mention his secret bombing of Cambodia, have certainly tarnished his already-stained reputation. Similarly, the deaths that resulted from Roosevelt’s atomic bomb project, when it was deployed by his successor, Harry Truman, remain one of the most controversial events in American history. In terms of the lives they have claimed, Obama’s drone attacks have been not been on this scale. But the controversy they have already generated should act as a warning signal to the current and future presidents whenever they unleash American force with the aim of keeping the American cost low, at the expense of what happens to those on the receiving end.