Nancy C. Unger is professor of history at Santa Clara University and author of Beyond Nature's Housekeepers: American Women in Environmental History (Oxford, 2012), a California Book Award finalist. She wrote for the San Jose Mercury News. 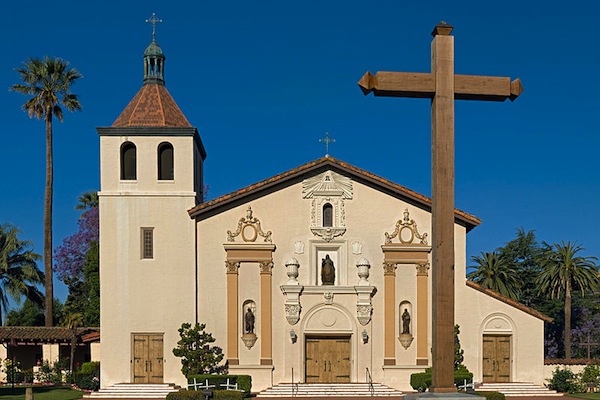 Santa Clara University, a Jesuit institution, has been in an uproar since our president made a unilateral decision to deny faculty and staff "elective" abortion coverage.

Some outsiders have been puzzled by the outrage. Since the university is both private and Jesuit, they reason that its president has the right to impose Church doctrine on its employees, and people should not choose to work there if they cannot accept Catholic doctrine.

This "let Catholics be Catholic" response reflects a lack of understanding of the issues and the enormity of what is at stake -- and not just for the hundreds of faculty and staff members and the women covered by their medical insurance.

Santa Clara University does not generally impose religious doctrine on its staff, faculty or students.

Located in the heart of Silicon Valley, it is California's oldest operating institution of higher education, a world class university with more than 8,600 students and several highly respected graduate schools. It recruits its faculty for diversity rather than conformity.

In the 1960s, the Jesuit order ceded legal power and responsibility for the university to a board of trustees. According to the official history, this was done for financial reasons and to give the institution "greater immunity from ecclesiastical interference, a source of the authoritarianism and paternalism that had characterized and sometimes caricatured its education in the past."

But in this case the president did not seek the board of trustees' approval and ignored the mutually agreed upon formal system of shared governance with faculty, staff and administrators.

Non-Catholic employees are especially alarmed by this. They resent the president's sudden declaration that his religious convictions trump all others. But many Catholic faculty and staff also oppose the decision.

American Catholics subscribe to a wide variety of beliefs and practices, sometimes at odds with Church doctrine, on questions such as abortion, contraception, homosexuality and divorce, making their own moral and ethical judgments. As one sign protesting the president's decision put it, "I have a conscience too."

Jesuits have long promoted open dialogue rather than authoritarianism, even on abortion. Their 1995 statement "Standing for the Unborn" urges members not to "dominate situations of pluralism," but rather to "educate and persuade," following a path of "proposing rather than imposing."

Thus, many are surprised that the president made his decision so soon after Pope Francis, himself a Jesuit, criticized the Church for its "obsession" with abortion and called for a "clear sense of priority: healing wounds and warming hearts."

Santa Clara faculty and staff are not members of a Catholic parish. They are employees of a large corporation. Many fear that this denial of comprehensive abortion coverage is part of a wider effort to allow private employers to impose their religious beliefs on employees, denying a raft of health care services from abortion and contraception to vaccines. The decision came on the heels of a similar denial of coverage at Loyola Marymount University, also a Jesuit institution.

"Father knows best" is not a compelling argument here, especially when one man denies hundreds of women access to a procedure that he could never need. It's also no principle on which to run a university.

Santa Clara has welcomed and respected other religious and philosophical traditions, describing itself as a community "enriched by women and men of diverse backgrounds, respectful of difference and enlivened by open dialogue."

The success of this mission must be measured not by the university's conformity to Catholic doctrine but by its commitment to scholarly excellence, social justice and the education of the whole person.