I Don't Care Who Killed JFK

Peter Dreier is E.P. Clapp Distinguished Professor of Politics, and chair of the Urban & Environmental Policy Department, at Occidental College. His latest book, The 100 Greatest Americans of the 20th Century: A Social Justice Hall of Fame, was published in July 2012 by Nation Books. 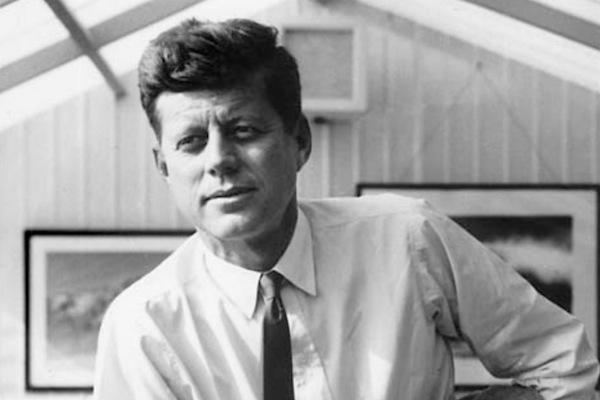 The controversy over who killed President John F. Kennedy has now raged for half a century. Too much of the discussion about the fiftieth anniversary of Kennedy's death has been regurgitating the debate over who was responsible for his murder. It is a diversion and a waste of time.

It is more important to learn from the successes and mistakes of Kennedy's presidency, to reflect on the changes that have occurred since his death, and to restore the hope for a better society and a peaceful world that JFK -- despite his many contradictions -- inspired.

The question of who killed Kennedy will never be resolved. Assassination buffs, for whom the JFK murder is a cult-like obsession, are locked into their views. Proponents of different theories argue and make claims, but they don't really debate. They look at many of the same facts and come to very different conclusions.

Whether you believe the Warren Commission that Lee Harvey Oswald was a lone gunman acting on his own, or one of the many conspiracy theories that Oswald was part of a plot hatched by the CIA, the mafia or both, or some other speculation, the nation will never reach a consensus on the tragic killing of the young president.

I refuse to waste my time wading into the muck of the JFK assassination controversies. It is not that I lack curiosity about American history. But nothing that I uncover would surprise me or alter my view of my country. I already know that the Central Intelligence Agency was involved in the overthrow of governments and the murder of political leaders in Iran, Guatemala, Vietnam, and elsewhere. It is well established that the CIA bungled several efforts to kill and overthrow Cuba's Fidel Castro. I don't need more evidence to know that some politicians and government agencies collaborated with organized crime. I just have to read the news stories about the recent trial of Boston mobster, James "Whitey" Bulger.

Nothing I could learn from the Warren Commission, Oliver Stone's film JFK, or the hundreds of books about the assassination, would change how I think about the current problems facing the United States or what to do about them.

I know that since Kennedy was killed, the nation's economy has become increasingly dominated by a relatively small number of giant global corporations who have too much political influence. Some of the nation's corporate leaders are Republicans and some are Democrats but (with a few exceptions) they share a common outlook about business and government. They want lower taxes, fewer regulations and weaker unions.They seek to maximize profits and control, but they are not a conspiracy. Since Kennedy's time, the super-rich have expanded the tools they use to influence politics. In the past half century, the role of private wealth, corporate-backed think tanks and business-supported lobby groups in American politics has skyrocketed.

Kennedy was hated by the nation's right-wingers, including the KKK, the John Birch Society, some extremists within the military (such as General Edwin Walker) and anti-Catholics among Protestant fundamentalists. But the Republican Party still had a liberal wing. And the right-wing businessmen who later became the money behind Barry Goldwater's presidential campaign in 1964 were still just a faction within the GOP. Today, in contrast, the Tea Party and the religious right -- fueled by funders like the Koch Brothers, political operatives like Jim DeMint, and the right-wing echo chamber dominated by Fox News and Rush Limbaugh -- have taken control of the Republican Party.

Just as President Kennedy was torn between his Democratic Party's segregationist wing and its liberal, pro-labor and civil rights wing, President Obama is often torn between the Democrats' corporate and Wall Street wing (think Tim Geithner and Larry Summers) and its liberal wing (think Elizabeth Warren, the labor movement, environmentalists, women's, civil rights, and gay rights, groups, and the majority of people under forty).

Kennedy was an ardent Cold Warrior, timid on civil rights and had few legislative triumphs as either a senator or as president. Because he was young, charismatic and murdered before he could even complete his first term in office, most Americans overestimate JFK's achievements during his thousand days in the White House. Even so, he rarely gets credit for some of his most important accomplishments, including creating a commission on women that helped jump-start the feminist movement, resisting his top military advisors who wanted to go to war with Russia over the Cuban missile crisis and initiating an effort to limit the nuclear arms race.

Similarly, many of my fellow liberals are quick to criticize Obama for drone strikes, keeping U.S. troops in Afghanistan too long and compromising on health care reform, but they and other Americans don't give him sufficient credit for his efforts to toughen environmental and fuel-efficiency standards, enact the Dodd-Frank bill tightening regulations of banks, support same-sex marriage, push for a higher minimum wage and overcome Republican and business opposition to any health care reform at all.

Regardless of who killed Kennedy, it won't change my view that we need much tougher campaign finance reform to rid the country of its legal bribery system that gives corporate America too much power.

No matter who pulled the trigger in Dallas that November day in 1963, it won't revise my thinking that we need tougher regulations on big business to protect consumers, the environment and workers from irresponsible business abuses, we need to tighten regulations on Wall Street so they can't repeat the damage they caused with their risky, reckless and often illegal practices, and we need to battle the National Rifle Association and win stronger gun control laws.

We'll never know whether JFK would have expanded or ended American involvement in Vietnam, but we do know that Obama can do more than he's done to reduce our country's military presence around the world, cut the defense budget and redirect tax dollars to strengthen our education system, our crumbling infrastructure and our shortage of affordable housing.

Whether Oswald acted on his own or was part of an organized plot, it won't have any bearing on my view that Obama's next Supreme Court appointments should be individuals who will overturn Citizens United, reverse the current court's pro-big business agenda, protect women's right to reproductive health and abortion and restore the Voting Rights Act.

Whether or not JFK was a great president, he did inspire a generation with his call to use their talents to improve our society and our world. The idealism that he helped unleash resulted in a revolution in values and institutional change, including civil rights, the environment, women's rights, gay and lesbian rights, consumer protections, workplace safety, and limits on American militarism. No matter who killed Kennedy, that is his most important legacy.