Alan J. Singer is a historian and professor of secondary education at Hofstra University, author of New York and Slavery: Time to Teach the Truth (Albany, NY: SUNY Press, 2008), and editor of the New York and Slavery: Complicity and Resistance curriculum that received the 2005 National Council for the Social Studies program of excellence award. 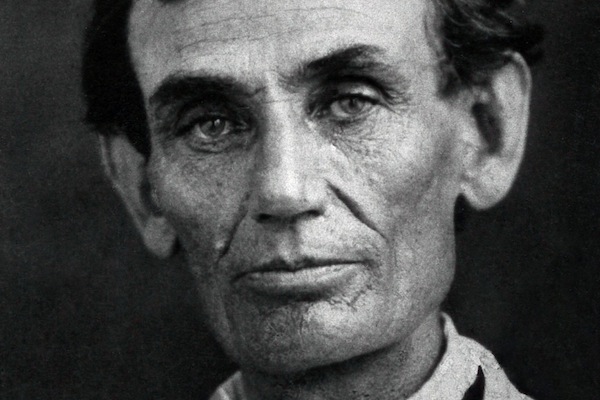 On November 19, 1863, Abraham Lincoln delivered what he considered to be “a few appropriate remarks” at the dedication of a cemetery at the Gettysburg battlefield in Pennsylvania to a crowd of about 15,000 people.

President Lincoln spoke for less than three minutes. There are no photographs of the speech because Lincoln gave the address before the photographers were set up. The speech itself was less than 300 words long; yet Pulitzer Prize-award-winning Civil War historian James M. McPherson has argued it was the "foremost statement of freedom and democracy and the sacrifices required to achieve and defend them."

Who did Abraham Lincoln include in the promises laid out in the Gettysburg Address? Who were the people in this government of the people, by the people and for the people? Was Lincoln proposing a more inclusive concept of men that recognized the full humanity of blacks, non-Christians, and possibly even women?

Answering these questions requires that we examine Lincoln’s words and actions both before and after the Gettysburg Address.

A first clue to what Lincoln believed comes from a series debates when Abraham Lincoln and Stephen Douglas were campaigning to be selected by the state legislature of Illinois as a United States Senator. On September 18, 1858 at Charleston, Illinois, Lincoln told the assembled audience:

I think Lincoln is very clear in this statement that when he speaks of men, women, and children, he is referring to white men, women and children.

This was before Lincoln was elected president and before the outbreak of the Civil War, but Lincoln’s speeches, writings, and actions after these events continued to reflect this point of view about race and equality.

African American abolitionist Frederick Douglass, for his part, remained very skeptical about Lincoln’s intentions and program, even after the p[resident issued a preliminary emancipation in September 1862.

Douglass had good reason to mistrust Lincoln. On December 1, 1862, one month before the scheduled issuing of an Emancipation Proclamation, the president offered the Confederacy another chance to return to the union and preserve slavery for the foreseeable future. In his annual message to congress, Lincoln recommended a constitutional amendment, which if it had passed, would have been the Thirteenth Amendment to the Constitution.

The amendment proposed gradual emancipation that would not be completed for another thirty-seven years, taking slavery in the United States into the twentieth century; compensation, not for the enslaved, but for the slaveholder; and the expulsion, supposedly voluntary but essentially a new Trail of Tears, of formerly enslaved Africans to the Caribbean, Central America, and Africa.

No wonder Frederick Douglass remained apprehensive as the date for emancipation approached. He recognized that “the federal arm had been more than tolerant to that relict of barbarism. It had defended it inside the slave states ... it had returned slaves to their so-called owners; and had threatened that any attempt on the part of the slaves to gain their freedom by insurrection, or otherwise, would be put down with an iron hand..."

Finally, “[O]n the first day of January, in the year of our Lord one thousand eight hundred and sixty-three,” Abraham Lincoln declared that “all persons held as slaves within any State or designated part of a State, the people whereof shall then be in rebellion against the United States, shall be then, thenceforward, and forever free”

It was a symbolic but in practical terms a very limited decree. Slavery did not end in the border states that had remained loyal to the Union. The decree did not emancipate the millions of enslaved Africans in the South because the rebelling territories did not accept federal jurisdiction. At best a few thousand enslaved Africans on plantations on the Georgia and South Carolina coast in areas controlled by Union troops were actually freed on that day.

But symbolism is important. Frederick Douglass called “the first of January 1863 ... a memorable day in the progress of American liberty and civilization. It was the turning point in the conflict between freedom and slavery. A death blow was then given to the slaveholding rebellion.”

But Douglass’ suspicions about Lincoln’s motives and actions once again proved to be legitimate. On December 8, 1863, less than a month after the Gettysburg Address, Abraham Lincoln offered full pardons to Confederates in a Proclamation of Amnesty and Reconstruction that has come to be known as the 10 Percent Plan.

Self-rule in the South would be restored when 10 percent of the “qualified” voters according to “the election law of the state existing immediately before the so-called act of secession” pledged loyalty to the union. Since blacks could not vote in these states in 1860, this was not to be government of the people, by the people, for the people, as promised in the Gettysburg Address, but a return to white rule.

In his Second Inaugural Address on March 4, 1865, Abraham Lincoln offered one of the most quoted lines in American oratory when he promised “With malice toward none; with charity for all."

But to whom was Abraham Lincoln offering “malice towards none and charity for all”?

As I read Lincoln’s Second Inaugural Address, I see a war-weary and politically cautious president who never believed in racial equality; who in December 1862, less than a month before finally issuing the Emancipation Proclamation, offered the South gradual compensated emancipation that would have extended slavery in the United States into the twentieth century, and who in the actual document sharply limited the scope of emancipation so that very few enslaved Africans out of the millions in bondage were directly and immediately affected. This Lincoln expressed tentative support for voting rights for black veterans, but did not believe he had the authority to enforce the idea.

I suspect if this Abraham Lincoln had lived, presidential Reconstruction would not have differed much from the program promoted by his successor Andrew Johnson, and it probably would have received more support because of Lincoln’s political capital earned as a victorious war president. In this circumstance, the United States may never have seen the Fourteenth and Fifteenth Amendments defining African Americans as citizens entitled to vote.

One hundred and fifty years after the Emancipation Proclamation and the Gettysburg Address, Americans still have to decide, how responsible Abraham Lincoln’s biases and indecision were for the failure to create a society where “all men are created equal.”