The Roots of White Rage

Carole Emberton teaches history at the University at Buffalo (SUNY). Her first book, "Beyond Redemption: Race, Violence, and the American South after the Civil War" was published by the University of Chicago Press in June. 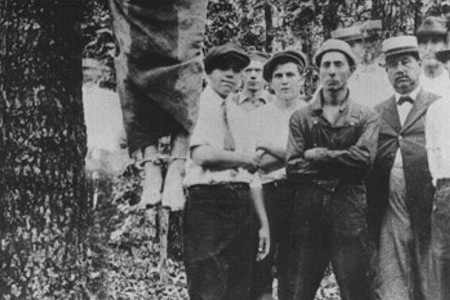 Amidst all the ink that has been spilled this week regarding the acquittal of George Zimmerman for the murder of Trayvon Martin, a disturbing theme has emerged. Whether talking about Zimmerman's individual mindset, or the mindset of the Florida legislators who passed the now-infamous Stand Your Ground (SYG) law, or the mentality of white Americans in general with regard to young black men, the idea that fear is at the heart of the matter has emerged as a popular explanation for Martin's murder. However, there is another emotion with perhaps even greater historical valence for understanding these events: rage.

Take, for instance, Zimmerman's own words to the 911 operator the day of the killing. "Assholes" and "f*cking punks" were the words he used to describe the person he was following. Those words denote anger and resentment but not fear. Zimmerman only indicated he was afraid of Martin after he had killed him.

This kind of racial rage has deep roots. In the immediate aftermath of the Civil War, white Southerners lashed out with homicidal rage against their former bondsmen. In Fernandina, Florida, which lies about 160 miles up the coast from Sanford, the place where Martin died, a planter named Joseph Higginbotham tried to kill the freedpeople on his plantation when he ordered his wife to mix strychnine in the laborers' food in 1866. Having declared on several occasions "before his Niggars would be free he would poison every damned one of them," the freedmen kept a close watch on the kitchen and, fortunately, detected the poison before any of them ate it. Higgenbotham was not alone in harboring such murderous fantasies. "I want the power of annihilation," declared Ann Pope, a plantation mistress from North Carolina. Likewise, Mary Colcock Jones, whose husband had been a prominent Presbyterian minister in Savannah, Georgia, expressed her belief that "with their emancipation must come their extermination." Whether they were fantasizing about having "the power to blow their brains out" or wishing blacks dead from disease or starvation, the post-emancipation world gave rise to a virulent and violent form of white rage.

Some people at the time believed such vile expressions to be the product of deranged, unstable minds. After all, the livelihood of the planter class now relied on maintaining a steady, reliable, and healthy workforce. To murder or abuse them would be cutting off their nose to spite their face. This is the response Gen. O.O. Howard, the head of the Freedmen's Bureau, gave to freedpeople on Edisto Island, South Carolina, in October 1865, when they reported that they were being whipped and abused by their former masters. He assured the freedmen the "whipping post of which you complain is abolished forever," and furthermore, "[t]he old master would be very foolish to try a system of oppression as it would ruin them forever..."

Howard wrongly assumed that a certain type of liberal economic rationality would triumph over the rationality of white supremacy. While it is tempting to see those bloodthirsty visions as irrational, in fact, they possess a logic all their own. Racial violence allowed defeated white Southerners to re-enact their dominance over the people they so recently owned by law. The killing and mutilation of freed slaves spoke to the power of violence to mark the inferiority of blackness. "They amuse themselves by cutting off the ears, noses, or lips of their former slaves," wrote a Northern journalist living in Montgomery, Alabama, after he witnessed five black men stagger into town, naked with their ears cut off. Such acts may seem excessively sadistic, thus evidence of some kind of mental defect, but those missing body parts symbolized white southerners' vision for a reconstructed South where they still maintained control over the bodies of black people.

In other words, racial violence has a communicative power that speaks to those who suffer it as well as those who witness it. As historian Amy Louise Wood demonstrates in her study of lynching photography, there was a communal aspect to these ritualized killings that implicated not only the lynchers themselves but also the crowds of onlookers, often including women and children, in the spectacle of white supremacy. In these brutal performances, white Southerners learned that to be white in the South was to have the power of life and death over those you deemed a threat.

Even those white Southerners who might turn away from such orgies of violence nonetheless believed that emancipation had been "the great crime." The belief that freedom would unleash disorder in the South was widespread. All over the former Confederacy, whites complained of "insolence" among freedpeople, their use of "obscene language," 'idleness and pilfering," as well as drunkenness. There were also many recurrent "insurrection panics" throughout the 1860s and 70s, fears that blacks were stockpiling weapons and plotting to burn them out. These fears never materialized, but what did materialize were vigilante organizations like the Klan and other paramilitary groups dedicated to protecting the white South from the specter of pillaging freedmen. Their targets, however, were black veterans, officeholders, labor organizers, and others who spoke out against discrimination and maltreatment, not "criminals." As was the case with George Zimmerman, white Southerners' used the language of fear and paranoia to deflect blame for their campaign of terror against former slaves.

The narrative of black depravity that arose in the Reconstruction was a product of an incalculable rage, a rage that continues to simmer, enabled by the advent of SYG laws in this country. Of course, anger is often the handmaiden of fear, but because we tend to grant sympathy to those who are afraid, we risk absolving the George Zimmerman's of the world of their violent actions. When I think of fear, I am reminded of the case of Peter Marang, a freedman who was nearly killed in Mt. Holly, South Carolina, in 1867. Ely Faulk, a white man, had stopped Marang in town and accused him of stealing two barrels of turpentine, even though it had been reported that the thieves were two white men. A quarrel ensued, and as Marang attempted to run away, Faulk shot him twice in the back. Although Faulk had provoked the confrontation by falsely accusing Marang of theft, the authorities did not arrest him for attempted murder. Only after the local Freedmen's Bureau agent demanded action was Faulk arrested. However, some white friends posted bail and Faulk skipped town, never facing justice for his actions. Faulk did not need a law codifying his right to "stand his ground" when confronted by an inferior being; it was inherent in the culture of the post-war South. When I think of what it means to be afraid, I think of Peter Marang ... and Trayvon Martin.