Saying No To The Surveillance State

Jackson Lears is editor-in-chief of the Raritan Quarterly, and Board of Governors Professor of History at Rutgers University 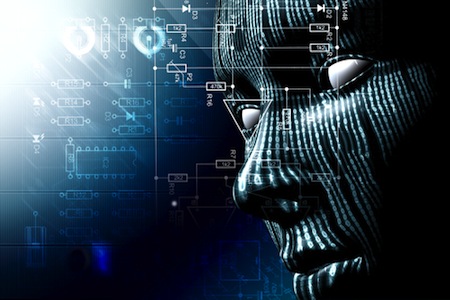 These are dark days for the republic. Indeed it is a measure of our crisis that the very word “republic” has come to seem a sentimental relic of a simpler time. The air is full of assertions about a New Era. Technology, it is said, has changed everything, forcing a decisive break with the past in our economic life, our education, our modes of expression, our public policies, and even our fundamental political principles. Nor can we decide or even discuss whether we want to accept these changes. The train has left the station, we are told. The genie is out of the bottle. This techno-determinism is the default setting of contemporary public discourse, and it has already proven to be a prescription for disaster.

The consequences of deterministic thinking are clearest in the apparent public indifference to the Edward Snowden affair. Through the Guardian columnist Glenn Greenwald, Snowden revealed that the National Security Agency has been collecting and storing the telephone and e-mail records of millions of Americans (not to mention countless innocent citizens of other countries). The government can dip into this vast and growing storehouse of metadata on the mere suspicion that the subject of their investigation might somehow, someday, be connected to terrorism, espionage, or -- it now appears -- domestic crimes as well. The only check on this dragnet, at least with respect to intelligence matters, is the Foreign Intelligence Surveillance Court, which meets in secret, hears only the government’s side of the case, and since 2001 has decided more than twenty thousand to ten in the government’s favor; the FISC, in short, looks suspiciously like a rubber stamp.

Certainly the FISC is no real obstacle to the expansion of executive power, and neither are the other branches -- Congress and the courts -- which over the last decade have given intrusive police power a veneer of legality. The NSA data collection is part of a larger pattern of electronic crime prevention -- the increasingly widespread practice of mining data to identify suspects before crimes have even been committed. As Daniel Ellsberg has written, the U.S. government is realizing the ambition of the Stasi -- the East German secret police who wanted to know everything about everybody. There is simply no avoiding the conclusion that Snowden’s revelations confirm the arrival of a full-fledged surveillance state.

The reaction to his revelations has been as disturbing as the revelations themselves. For confirming the menacing presence of a shadowy superstate, Snowden has been vilified (predictably) as a traitor by the leadership of both political parties, characterized (bizarrely) as a “narcissist” by the noted psychotherapist Jeffrey Toobin of the New Yorker, and criticized (implicitly) as a coward by the likes of Fareed Zakaria -- who implies that Snowden should have followed the example of Martin Luther King, Jr. and Daniel Ellsberg, standing trial and going to prison if necessary for his civil disobedience. Ellsberg himself disagrees, recalling that even after he was indicted in 1971 for espionage, theft, and conspiracy, he was allowed out on bail and left free to speak at antiwar rallies throughout the country. Like King, he was a major figure in a powerful mass movement. Public dissent was pervasive and legitimate, even as it provoked illegitimate reprisals from the Nixon administration. Snowden fled and Ellsberg stayed, but as Ellsberg says: “The country I stayed in was a different America, a long time ago.” What a difference forty years have made. The contrast between Ellsberg’s America and Snowden’s is sobering. Snowden has been accused of espionage in an era when “the battlefield is everywhere” and mistreatment of political prisoners -- especially powerless ones -- is routine. The physical and mental cruelty of the solitary confinement imposed on the WikiLeaks whistle-blower Bradley Manning illustrates the kind of abusive treatment that is reflexively justified by the “war on terror.” No wonder Snowden (as of this writing) has remained in hiding.

The pathologizing of Snowden is predictable enough -- it is how our dominant culture habitually dismisses dissent -- but what is more distressing is the broad indifference to his plight, the apparent acquiescence in the arrival of a surveillance state. This is where the techno-determinist rhetoric of inevitability plays its most sinister role. Frank Rich, theater critic turned policy analyst, presents a case in point.

Rich was an eloquent and effective critic of Bush’s Iraq war, perhaps because the theater critic in him could so deftly puncture the empty swagger of Bush and the portentous warnings of Cheney, and could follow a tangled plot line like nobody’s business. But Rich, like many centrist liberals, is unwilling to take on the Obama administration, despite Obama’s stunning failure to follow through on his campaign pledges to restore constitutional government and roll back the Bush administration’s systematic assault on civil liberties. The Obama administration, we now know, has continued extraordinary renditions and targeted assassinations, expanded electronic surveillance, and intensified the prosecution of whistle-blowers -- including, most recently, Snowden. But for Rich, the uproar over the NSA is so twentieth century, so out of step with the hip and now. To be sure, he writes, when the revelations were first made public, “America’s right and left flanks were unified in hyperventilating about their significance: Rand Paul and the Nation, Glenn Beck and Michael Moore, and Rush Limbaugh and the Times editorial page all agreed that President Obama had presided over an extraordinary abuse of executive power.” But ultimately, “though Americans were being told in no uncertain terms that their government was spying on them, it quickly became evident that ... many just didn’t give a damn.” Why is it that (according to Rich’s survey data) the vast majority of Americans can only yawn at the loss of their privacy? Rich thinks he knows. In his account, “we” gave up our privacy long ago, most of “us” quite willingly, by buying into a tell-all celebrity culture that disregards and even tramples on privacy at every turn, and by embracing the technology of communication that doubles as a technology of surveillance. The genie is out of the bottle. If “we” want Facebook, we have to have the NSA.

The theater critic in Rich has triumphed over the policy analyst. Leaving aside the ambiguity of survey results -- recent polls show that most Americans believe Snowden is a whistle-blower rather than a traitor, and that more Americans than ever believe the U.S. government has violated their civil liberties in combatting terrorism -- Rich’s argument also rests on a category mistake. The Snowden affair is not about self-exposure on social media; it is about protection of citizens from intrusive police power. Rich turns a fundamentally political question into a multitude of personal choices. His “we” conceals a wealth of disparities in access to knowledge, technology, and power. Some powerful interests are served by surveillance; many less powerful ones are suppressed by it. From Rich’s view, the constitutional issues raised by the NSA revelations have simply been rendered obsolete by technological change. This is a familiar attitude; one hears it often in the wake of the Snowden affair: if the phone company knows everything about me, why should I be surprised that the government does, too? And besides, the data collection is in a good and necessary cause, of stopping terrorist plots before they start. Rarely do the questions arise: is this undiscriminating dragnet really necessary? Won’t it sweep up innocent people, at the whims of government, and subject them to potential abuse? Do most people really believe that they could not possibly be targeted or smeared -- accidentally, deliberately, capriciously -- by such an all-encompassing system? Isn’t it possible to protect citizens against terrorist attack without negating the Fourth Amendment?

Since the Fourth Amendment to the U.S. Constitution is at the heart of the Snowden controversy, it is worth quoting in full:

The right of the people to be secure in their persons, houses, papers, and effects, against unreasonable searches and seizures, shall not be violated, and no warrants shall issue, but upon probable cause, supported by oath or affirmation, and particularly describing the place to be searched, and the persons or things to be seized.

One does not need to take a strict originalist stance to appreciate this statement. It is an extraordinary formulation of enduring value -- a powerful guarantee of protection from illegitimate government power in the twenty-first century as in the eighteenth. It was written by men who had rejected imperial power and were determined to prevent its reassertion in their new nation. This is made clear in the requirements that searches not be “unreasonable,” that they be justified by “probable cause,” and that their objects be strictly specified. Nothing could more flagrantly violate those requirements than the NSA dragnet. And nothing has occurred to invalidate them in the centuries since the amendment was written.

New technology does not negate the fundamental necessity of protecting the citizenry from an intrusive government. If the genie is out of the bottle, then there has to be a way to regulate and oversee its power. Atomic energy, for example, has always posed enormous difficulties of regulation and oversight. However inadequately those problems have been addressed, at least they have periodically been the subject of public debate. There has been general agreement that the destructive power of atomic energy must be contained by vigorous oversight. The framers of the constitution could not anticipate the Internet or the myriad technologies of surveillance developed by the national security state, any more than they could anticipate nuclear weapons. But they did anticipate the abuse of government power, and they institutionalized restrictions on it in the founding document of our nation.

One can only imagine their reaction to our current constitutional crisis. The “war on drugs” dramatically expanded police power by creating a multitude of exceptions to the requirements of the Fourth Amendment; the “war on terror” has accelerated that expansion. Powerful interests, in government and business, have reinforced the constriction of our liberties by deploying new technology -- not only new forms of electronic surveillance but new military hardware, now increasingly adopted as part of “full riot gear” by local police. The mil- itarized police have played a vital role in suppressing the people’s right to assemble in public, or even to entertain themselves -- vice squads now routinely use SWAT teams to round up underage drinkers and break up poker games. The effect would be comical if it weren’t so grim.

The conflict before us, as David Bromwich has written, is not “Democrat against Republican, or welfare-state liberal versus big- business conservative.” Rather it is “the anti-authoritarian instinct against the authoritarian.” Where do we find anti-authoritarian instincts in a constitutional crisis? Wherever we can. Snowden’s courage has pointed the way. Assaults on fundamental liberties make strange bedfellows. The libertarian Left and the libertarian Right may yet make common cause against the imperial center. That is what happens when “the government is in stealthy insurrection against the letter and the spirit of the law,” as Jonathan Schell observes. “What is needed is a counterrevolution -- an American restoration, returning to and reaffirming the principles on which the Republic was founded.” The authoritarians and their apologists claim we cannot stop technological innovation. Maybe not, but we have to come to terms with its political consequences. If the train has left the station, it’s time to pull the emergency brake.