Leslie Rogne Schumacher is a visiting lecturer in the history department at SUNY New Paltz. He received his PhD in British history from the University of Minnesota in 2012. He can be contacted at leslie.schumacher@gmail.com. 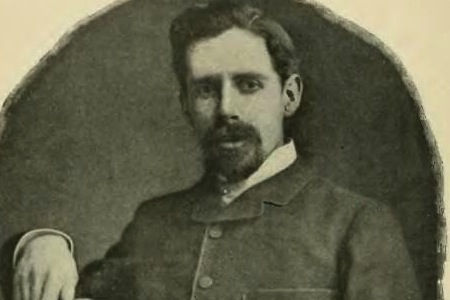 Meet the Press host David Gregory’s recent insinuation that Guardian reporter Glenn Greenwald should possibly be charged with the crime of aiding and abetting whistleblower Edward Snowden in the NSA surveillance scandal is alarming for all who value protecting the principles of investigative journalism. It is made more alarming, though, by considering how closely this exchange matches a landmark case in the history of public secrecy and investigative reportage, namely the 1878 Globe scandal. A consideration of this episode in relation to Greenwald’s (and, indeed, Gregory’s) role in the ongoing NSA imbroglio should be unsettling to those who value and want to protect the freedom of the press.

In 1878 Britain was in the midst of a sensitive international situation related to a war between Russia and the Ottoman Empire. To stave off a confrontation between Britain and Russia, in late May the two countries signed a treaty. This treaty was meant to be kept secret as it conflicted with the Tory government’s public rhetoric. However, the very day after it was signed it was leaked to the press by a low-level Foreign Office clerk named Charles Marvin. Marvin, who had been brought in late at night to translate the document, was told by several more senior clerks that the text of the treaty would most likely be published in the following day’s papers. Hoping to get a scoop on the British government’s preferred press organs, Marvin, who supplemented his income by teaching a mnemonic method and by writing pieces for London newspapers, memorized the treaty and gave it to one his contacts, the editor of the Globe newspaper. When the Globe published the treaty early the next morning, and it became clear that the Tory Foreign Secretary, Lord Salisbury, had in fact had no intent of making the secret treaty public, Marvin was arrested for stealing government documents.

When Marvin was brought to trial, however, he was able to prove that he had not stolen any physical document but only the information it contained, which at the time was not established in English law as a crime. He was acquitted, to the delight of many Liberals, such as Radical Sir Wilfrid Lawson, who suggested a dinner be arranged to honor Marvin for having exposed the secret dealings of the Tory Cabinet. Lord Salisbury and his supporters, however, continued throughout the scandal to claim that the version of the treaty that was leaked was “wholly unauthentic” and “imperfect and misleading.” In fact, a review of the Globe’s version and the original treaty reveals that Marvin’s mnemonic method was near-perfect, and thus history shows that Salisbury was lying to Parliament and to the public, changing the nature of the case from a question of the Cabinet’s right to make deals without the Parliamentary debate into one of clear-cut malfeasance. But because the government held the actual treaty in confidence for decades thereafter, no one was able to deny that Salisbury might be telling the truth.

The Globe scandal not only displayed an, at best, dissembling character of a hero of British politics, but also saw the use of strong-arm tactics on the part of the government to widen the net in their investigation of the leak. After Salisbury charged his subordinate Lord Tenterden with pressuring the Globe’s editor to reveal his source and found the editor unwilling to comply, Salisbury turned to the public and friendly members of the Fourth Estate to drum up support for the idea that public knowledge of secret affairs should be frowned upon. The Tory Pall Mall Gazette, although appalled at the revelation of the secret dealings of its benefactors in the Cabinet, was deployed to attack Marvin’s character. In an eerie similarity to the characterization of Snowden as a “high school dropout,” the paper gently (and thus cleverly) indicted the Foreign Office for employing a “man on the street” whose only qualification for his job was basic literacy. That is, low-level clerks like Marvin, who inhabited a “cheap and untrustworthy class of people” as Salisbury put it, should be barred from access to confidential negotiations.

It is clear that this episode stuck in Salisbury’s mind, and in 1889, now prime minister, he presided over the passage of the first iteration of a pillar of British (and, as a model, global) governmental power and privilege, the Official Secrets Act. This act codified the disclosure of information, which was essentially what Marvin did, as a crime, effectively stating that the government could do what it liked in secret. Contradictory public and private policies -- to the point of malfeasance -- were the province of a sitting government, full stop. Not even Parliament had a right to complete information access. It fell to historians to battle it out once secret information was released decades later, and thus could finally be matched to the relevant public comments of the government in question. It is important to note that this act was not totally unpopular with much of the British public and the press, suggesting an central aspect of the modern democratic mind: many of us are not only comfortable with the government maintaining a secret context for decision-making that parallels (and often trumps) the public one, but we might even ask for it and look to secrecy-friendly members of the press to support our views.

David Gregory’s lame defense that he was just “asking a question” -- and not appealing to those who adhere, at best, to a noblesse oblige form of governmental information authority -- tells us that we remain in a state of doubt over the right of the government to hold the public narrative in contempt by pursuing a private, elite set of policies, to which no one except “trustworthy” affiliates can add their voice. To be sure, Snowden’s recent flight from U.S. authority makes it unclear what his overall character and purpose are; personally, I'd prefer he surrender himself to U.S. authority, even if this means acting as a prisoner of conscience. Still, it is clear that the Obama administration (and its Republican allies on this issue) can rely on friendly members of the press to continue attacking Snowden, while reporters like Greenwald should feel threatened into silence under penalty of the same crime as their informants. Rep. Peter King’s call for Greenwald’s arrest two weeks ago obviously helped elicit Gregory’s leading “question,” and it is because of historical events like the line between the Globe scandal and the passage of the 1889 Official Secrets Act that we must remain vigilant for this kind of collusion between the forces of governmental privilege and their friends in the media.