The Good, the Bad, and the Ugly of Obama's Terrorism Speech

Juan Cole is the Richard P. Mitchell Professor of History and the director of the Center for South Asian Studies at the University of Michigan.  His latest book, "Engaging the Muslim World," is just out in a revised paperback edition from Palgrave Macmillan. 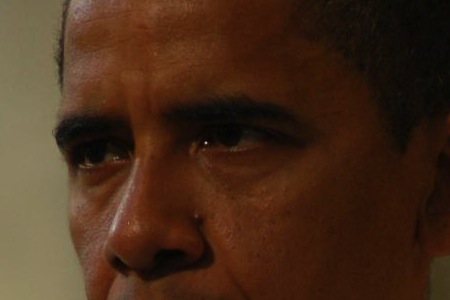 Here are the good, the bad and the ugly things in President Obama’s important speech on counter-terrorism Thursday, and in the off-stage steps he has announced that mysteriously did not appear in the speech:

President Obama seems determined to give responsibility for drone strikes to the Department of Defense, taking it away from the Central Intelligence Agency. While there is no automatic Congressional oversight of Pentagon actions and programs, the Congress can at will call over DoD officials to explain themselves. At the moment, the program is largely handled by the CIA and is covert, so that its very existence could not be admitted by U.S. officials and no public question could be answered about it by, e.g., the secretary of state. I have argued that having it in the CIA makes the program profoundly undemocratic and unaccountable. That sixteen senators and congressmen were told about the strikes after the fact is not sufficient and does not equal informing "Congress," much less the public.

President Obama appears determined to reduce the use of drone strikes to instances where there is evidence of a clear and present danger to U.S. territory. At the moment, drones are used in the place of hot pursuit to punish Taliban and al-Qaeda forces based in the tribal belt of Pakistan for supporting or engaging in operations against NATO and the Karzai government over the border in Afghanistan. Obama made it clear that such "force protection" steps will cease at the end of 2014 with the withdrawal of U.S. combat troops from Afghanistan. I also read him to say that while a strike might be carried out on an al-Qaeda in the Arabian Peninsula operative in Yemen if there was evidence he was imminently involved in an attack on the US, the use of drones to shore up the government in Sana'a against radical Sunni Muslim challengers would cease.

The president recognizes that a condition of permanent war inevitably undermines democracy (as James Madison held), and wants to end or deeply modify the 2001 Authorization for the Use of Force. Actually, since the AUMF refers to fighting those who planned and carried out 9/11, and since the remaining such cohort is getting to be small and long in the tooth, I think it would be enough just to interpret the AUMF more literally and to not apply it to territorial, vague al-Qaeda affiliates (Obama implied this).

Obama tried to shame the Congress into letting him close down Guantanamo, where most of the remaining prisoners have either been declared victims of false arrest or where the case against them has been compromised by the U.S. government use of torture. Keeping under lock and key dozens of people declared eligible for release, for whom no trial is envisaged, is a profound violation of both U.S. and international law.

Obama’s defense of the continued use of drones skirted many important issues. He did not admit that the evidence used in deciding to assassinate someone in a foreign country often comes from shady and manipulative sources and may not always be trustworthy. He did not admit that the courts in Pakistan, e.g., have found U.S. drone strikes illegal and a violation of Pakistani sovereignty, and that many at the UN and the ICC have similar concerns.

Obama asserted that the drone strikes are effective. While this view prevails at the CIA and in the National Security Council, there are many dissenters from it. Al-Qaeda in the Arabian Peninsula and other radical Sunni groups have grown in numbers and influence in Yemen during the period of U.S. drone strikes, and possibly because of them. How effective, then, have they really been? Inside-the-Beltway analysts are obsessed with atriting the enemy’s leadership cadre. But asymmetrical terrorist groups, some of them kin-based, don’t have that big a need for alpha leaders. Kill one, and a cousin will take over. Blowing stuff up also isn’t all that hard to do, so killing people who know how to do it doesn’t stop the bombings -- others just teach themselves how to make and set off explosives.

President Obama committed himself to the continued use of targeted assassination via drone. Although he asserted the validity of a vague doctrine of self-defense as a basis for doing so, many of the considerations above bring that justification into question.

He did not admit that NGO findings that the U.S. has killed at least 400 innocent civilians via drone strikes have been found plausible by academic social scientists.

The president spent a lot of time asking Congress to do things that that Tea Party-dominated body will not do. So, in the end, the speech changes little. Obama cannot close Guantanamo. He will continue to drone people, including American citizens, to death. He will continue to target journalists for intrusive surveillance until, he said, Congress passes a shield law (why can’t he just issue an executive order that journalists are not to be targeted)? He asked for an increase in foreign aid, which isn’t going to happen. In his flights of fancy, some of that imaginary money would be used to train security forces in Libya! That would be an excellent idea, but apparently won’t happen until the Tea Party gets behind it (never).

Obama admitted that the Israel-Palestine issue roils U.S. relations with the Muslim world (though he did not say that it is because the U.S. is helping Israel screw over the stateless Palestinians), and argued for more diplomacy to resolve it. But the simple fact is that Obama could unilaterally put enormous pressure on Israel to change its policy of stealing Palestinian land and resources simply by declining to use his veto at the UN when the Security Council introduces resolutions of censure against the Israeli government for its illegal actions against the Palestinians. The proposition that the government of Binyamin Netanyahu is likely to take any steps toward genuine peace with the Palestinians is risible.

I’d just like to point out in closing that counter-terrorism in the Muslim world could usefully begin with better explaining the United States. We can’t do that very well with skeleton crews cowering in embassies in Tunis and Tripoli; Obama needs to stop being so afraid of the Republicans and let the diplomats do their work out there.

Some U.S. policy may be objectionable, but people often don’t even know the basics about the U.S. in the region. Most of them don’t speak English, and the number of solid Arabic, Persian, Urdu, Indonesian and Swahili books about the United States is tiny. I have published books in Arabic about Thomas Jefferson and Martin Luther King in the past couple of years. The U.S. government has a small translation program, but it hasn’t really gotten the word out about real U.S. values. It should be expanded and efforts should be made to get these books into high school and university courses. Moreover, that al-Hurra satellite television channel needs to be rethought; almost no one watches it. The U.S. isn’t serious about communicating with people instead of droning them until it does something serious about this Information Gap.