Marc Lendler: "Every Idea is an Incitement..."

Aaron Leonard is a freelance journalist based in New York. He is regular contributor to the History News Network, truthout, rabble.ca, and PhysicsWorld.com. His writings can be found at www.aaronleonard.net. 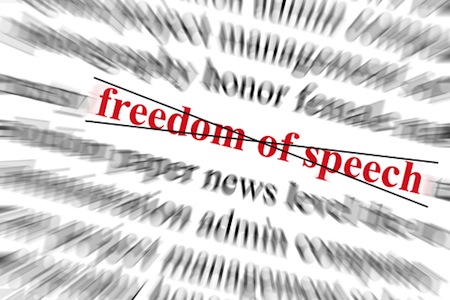 Marc Lendler, a professor of government at Smith College, recently published an account of the 1925 Supreme Court decision stemming from the arrest of Benjamin Gitlow in November 1919 -- two months before the infamous Palmer Raids -- for “criminal anarchy” (advocating the overthrow of the government). Gitlow and his co-defendants were arrested and tried for publishing something called the “Left Wing Manifesto,” a political treatise that among other things outlined how the Socialist goal had to be "to destroy the parliamentary state and construct a new state of the organized producers which will function as a revolutionary dictatorship of the proletariat." In 1920 he was convicted and sentenced to five to ten years in prison, of which he served over two years. While Gitlow v. New York is a staple for anyone studying constitutional law, most people in the U.S. have never heard of it, let alone understand how critical it is in relation to free speech rights. I recently corresponded with professor Lendler by email to talk about the book.

Aaron Leonard: Most people think of the First Amendment as sacrosanct i.e., speaking your mind in this country is a basic and near boundless right. Your book shows rather starkly that until only quite recently, this was not the case. What were the limits on speech prior to 1965?

Marc Lendler: The Supreme Court only began to think through the First Amendment during World War I. The legal convention at the time was the "bad tendency" doctrine, which meant that expression suggesting something illegal, however unlikely, was criminal. So Socialist leaders who criticized the draft were convicted for obstructing it. At first, the Court upheld the convictions unanimously. Then Oliver Wendell Holmes and Louis Brandeis began dissenting, arguing that only speech urging immediate, serious illegal acts should be prohibited. By the early 1930s, the Court majority adopted the positions in those dissents, and overturned the convictions of Communists and others. But it did not repudiate the "bad tendency" doctrine and in the early Cold War upheld convictions of Communist leaders. The formal repudiation came in 1969, when a unanimous Court ruled that only incitement to "imminent, lawless action" could be punished. Since then, it has been extraordinarily difficult to get a conviction for expression alone.

Why was the government so fearful of anyone advocating revolution in the 1920s?

Gitlow was actually charged in 1919, in the immediate aftermath of World War I, the Russian Revolution, and formation of the American Communist Party. In addition, in the spring of 1919 there were a number of bombs mailed by anarchists to prominent people, including Justice Holmes. In 1920, there was an anarchist bombing on Wall Street that killed thirty-eight people. Although we now know that American political institutions stabilized in the 1920s, it was not nearly as clear at the time

Gitlow comes across as at once courageous and bombastic. Who was he?

Ben Gitlow was the son of left-wing Russian Jewish emigrees on the Lower East Side. He joined the Socialist Party as a teenager and, influenced by the Russian Revolution, became a leading member of the Left Wing Section of the Socialist Party in 1919. He became the managing editor of the group's newspaper, which urged the creation of a Leninist party in the United States. That was the basis of the charges against him. By the late 1920s, he was a leader in the faction of the Communist Party headed by Jay Lovestone. Gitlow served as general secretary for a very brief period. He went to Moscow in 1929 with Lovestone and eight other American Party members to argue against the changes Stalin had ordered for the Party. He, Lovestone, and others were expelled. After seven years as a Marxist dissident, Gitlow became an anti-Communist, as described in his memoir, I Confess. Following World War II, he moved to the right and became a public anti-Communist crusader.

During the Gitlow trial a lot was made about a strike in Winnipeg, Canada. Could you talk about what happened there and why the government thought it was relevant to its case?

The most discussed topic in the Gitlow trial -- and the trials of his associates as well -- was the general strike in Winnipeg, Canada in March 1919. It would seem a stretch for a labor conflict in Canada to be the basis of a prosecution in New York. But the state used it to indicate what Gitlow and the others wanted to bring about -- not just the disruptions of a strike, but the usurpation of the functions of local government by a committee of strikers. In the Gitlow trial, presiding judge Bartow Weeks painted the Winnipeg strikers' committee as a pro-Soviet, and Gitlow's support of it as a signal that he and his colleagues wanted to displace legitimate government by illegal means.

Clarence Darrow defended Gitlow. What tack did he take in arguing the case?

In general, the Gitlow trial was not one of Darrow's great efforts. He was defending other Communists in Chicago, took the Gitlow case only at the last minute, and did not take part in the appeals. But he did give a concise summary of the speech rights conflict in his final argument to the jury: "As long as men speak, they will talk a lot of nonsense and there and there some sense.... But it is one way of finding out the sense and nonsense -- to let people talk."

The subtitle of the book is “Every idea an incitement.” where did this wonderful phrase come from and what does it mean?

When the Supreme Court upheld Gitlow's conviction for violating New York's Criminal Anarchy Law, Oliver Wendell Holmes wrote a dissent. The majority opinion said that the article Gitlow printed was not simply description but incitement. Holmes in his dissent wrote that "Every idea is an incitement." What he meant was that the strength of a writer's belief in his ideas could not be given as a reason to make them criminal.

Could you foresee something like the Gitlow ruling ever being reaffirmed, especially in light of the assault on civil liberties since 9/11 and the Citizens United decision?

Although the bad tendency doctrine has been repudiated, the Gitlow verdict has never been formally overturned. The free speech consensus on the Court for the last fifty years has been strong, and largely avoids the liberal-conservative division, but there always is a chance that the arguments of the Gitlow majority will be revived as a precedent. The Court's recent decision in Holder v. Humanitarian Law and the outcome of the Tarek Mehanna trial -- both cases about advocacy of Islamic radicalism -- have nibbled around the edges of the "imminent lawless action" rule.