How the Republicans See the Democrats: The Party of Treason

Lewis L. Gould is the Eugene C. Barker Centennial Professor Emeritus in American History at the University of Texas -- Austin. A prolific writer and presidential historian, he is the author of numerous books on the presidency and the Progressive era, including, most recently, a new biography of Theodore Roosevelt. An updated paperback version of his 2003 book Grand Old Party: A History of the Republicans, has just been released by Oxford University Press. 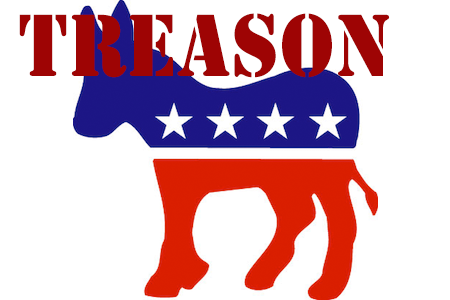 In all the hand-wringing among the punditry about the electoral spanking of the Republicans, one key element has gone unnoticed. The Grand Old Party has not yet resolved its issues with the legitimacy of the Democratic Party and its role in American politics. This problem goes back to the founding experience of the Republicans. During the Civil War, many northern Democrats sympathized with the Confederacy and hoped for a Southern victory. Republicans concluded that Democrats were marked with “the taint of disloyalty” and were “ready to barter the integrity of the Union for the sake of political power.” In 1876, the Republican platform said that the Democratic Party was “the same in character and spirit as when it sympathized with treason.” This dismissive attitude about the right of the Democrats to govern became embedded in the partisan assumptions of the Republicans where they have persisted ever since.

Thus, there are allegations during the twentieth century that the Republicans were “the party of patriotism” during World War I while the Democrats were guilty of “twenty years of treason” during the era of Joseph R. McCarthy. Republican electoral success brought “the grown-ups” back to power in the 2000 election while Democratic triumphs, as in the 2008 election came only because of Barack Obama’s demagoguery or the allegedly fraudulent intervention of a group such as ACORN. Democratic chief executives were, for Republicans, “not my president,” as Dick Armey said of Bill Clinton, and thus unworthy of respect. Only Republicans, while claiming a majority of white voters, could enjoy mandates. The votes of minorities or the poor, when found in the Democratic column, conveyed no explicit right to govern, as two reporters for Politico argued in recent days.

In the past decade, as partisan divisions have intensified, the crisis over legitimacy has deepened. Although Republicans have little in common with the party of Abraham Lincoln and the radicals in Congress in the 1860s, they have carried with them the Civil War skepticism about Democratic fidelity to the United States. No longer must deference be paid to the institutional commitment to democracy through public respect to the president. Instead, since President Barack Obama is a usurper and a fraud for many in the GOP, norms of political civility are to be disregarded in favor of rhetorical guerilla warfare against an illegitimate intruder.

Like the fire-eaters of the 1850s who wanted to break up the Union to protect slavery, contemporary Republicans no longer concede that their opposition is an inherent and necessary part of the political process. In fact, as a defeated senatorial candidate in Indiana said this year, bipartisanship occurs when the Democrats surrender to Republican priorities. When those who vote Democratic are derided as “maggots,” in the word of the Republican country treasurer, Peter Morrison, in Hardin County, Texas, their status as political vermin makes compromise with the opposition a suicidal tactic. When Grover Norquist talked of strangling a much reduced government in the bathtub or others dreamed of isolating Democrats in urban pockets away from real Americans, they envisioned a one-party world in which the opposition party was little more than an entertaining relic in a cloistered, ghettoized run-down theme park.

The Republicans face a choice. They can, by denying Democratic legitimacy and embracing intransigence, render the United States ungovernable. Strident voices in the party embrace such a course as a way to punish the “takers” and reward the “makers.” If in the end the Republicans cannot persuade Americans to endorse their policies, they may take a more ominous course and turn to force over argument. The sporadic calls for secession among more extreme elements in the Republican South reflect these dangerous views.

There is, however, another course for the Republicans to consider, one that involves staying within the democratic consensus rather than destroying it. In the heat of the campaign to win the Republican presidential nomination in 1912, Theodore Roosevelt said “in the long run, this country will not be a good place for any of us to live in unless it is a good place for all of us to live in.” Those were the cadences of a Republican who saw the nation as an organic whole in which a shared commitment to underlying values made possible a vigorous debate about policies without aspersions of disloyalty. Roosevelt himself did not always live up to his better nature in this area, but he was right in that instance.

Losing political races is never easy and can be a traumatic experience as the events of the past week have demonstrated. But as the late Lawrence O’Brien reminded his readers, there are “no final victories” in politics, nor should there be. Legitimacy grants that the political wheel will keep turning and the nation will endure. Republicans have moved far away from the wisdom of tolerating opposition for the sake of perpetuating democracy. It is in their interest and the national interest for the Grand Old Party to return to the public square with a stronger and more mature attitude toward the American experiment in self-government.