The Importance of Doing Recent History


by Renee Romano and Claire Potter 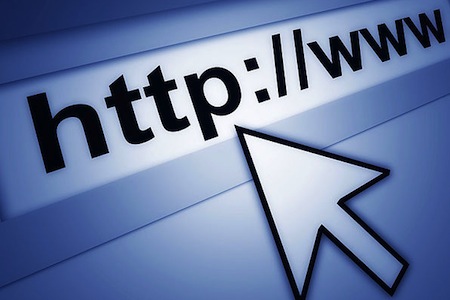 Journalists, it has been said, provide the “first rough draft of history.” Presumably historians come to the scene some time later and draw on a variety of sources -- including those first journalistic accounts of events -- to revise that “rough draft” into something more finished and considered. But while historians do not cover events as they unfold like journalists do, in fact some historian has to be the one to write that first draft of history.

Take Arthur Schlesinger’s magisterial volumes on the history of the New Deal. They were completed within twenty-five years of Franklin Delano Roosevelt’s election. Schlesinger was writing, he acknowledged, about a past that was “just over our shoulder.” He recognized that it might be harder to draw “lasting judgments” about such recent events. But he sallied forth boldly -- and brilliantly, we might add -- creating a body of work that remains powerful and significant.

We believe that a growing number of historians today are gravitating towards writing about the recent past for reasons similar to Schlesinger’s. They are politically engaged, and they see contemporary events as sorely in need of analysis. Scholars at many different points in their careers are turning the historians’ lens to events that occurred in their own lifetimes and perhaps only in the last decade. From James Patterson’s Restless Giant: The United States from Watergate to Bush v. Gore (2007) to Sean Wilentz’s The Age of Reagan: A History, 1974-2008 (2008), Robert Self’s All in the Family: The Realignment of American Democracy Since the 1960s (2012) and Bethany Moreton’s To Serve God and Wal-Mart (2009), historians are pushing themselves to interpret the significance of a range of new and ongoing phenomena like AIDS, feminism, the Tea Party, and 9/11.

We argue that writing contemporary history is different from the role historians might play as public intellectuals who draw on their expertise to comment on recent events in the media. Instead, the writing of recent history shifts the boundaries of what might be considered a legitimate topic of historical study. The very definition of “history” has hinged on the sense of a break between past and present that allows for critical perspective. The historians’ traditional task has been to bring a “dead,” absent past back into the present. However, those doing recent history recognize that their subject matter is not fully past, or as Renee Romano puts it in our edited collection about recent history, it’s “not dead yet.”

That anthology, Doing Recent History: On Privacy, Copyright, Video Games, Institutional Review Boards, Activist Scholarship, and History That Talks Back (University of Georgia, 2012) developed out of a series of informal conversations. Both of us had embarked on our own research and writing in America’s recent past. We soon realized that there had been very little discussion within our field about specific issues related to writing the history of contemporary events despite the fact that studying the recent past presents real methodological challenges. It untethers the academic historian from the aspects of our practice that give us all, regardless of field or political bent, a sense of common enterprise: objectivity, perspective, a defined archive, and a secondary literature that is there to be argued with, corrected and leaned upon.

Yet at the same time, writing contemporary history also offers tremendous opportunities. We who turn our attention to the recent past have the chance to write that first draft which will serve as the starting point for the historiography to follow. We have access to huge numbers of sources, many of which do not exist for earlier periods. Our work has the potential to complicate or enrich political and cultural discourses about urgent contemporary problems. We also have the opportunity to foster discussions about method that are often deemphasized among historians.

Doing Recent History insists that if we as historians decide to write (or teach) about the more recent past, we need to be cognizant of the potential pitfalls and pleasures of the practice. Its essays explore a wide range of methodological issues that those who study the recent past need to address directly and responsibly. Our world runs through forms of media, for example, that historians have not begun to fully account for as evidence. Indeed, as David Greenberg points out in his essay, a generation of scholars raised on TV don’t watch enough of it when they sit down to do research. Jeremy Saucier insists that cultural historians will need to become comfortable using video games as sources much as nineteenth-century historians might use novels and newspapers to understand nationalism and identity.

The proliferation and accessibility of sources for contemporary history, while offering great benefit, also creates real challenges. How can we deal with the glut of evidence produced in our new information age? Historians of recent events who may be excited about searchable databases, the Internet, and social media may quickly find themselves inundated with such enormous amounts of information that just reading, much less collating, it becomes nearly impossible. Writing recent history may require us to rethink what it means to master a body of evidence.

Other challenges stem from the fact that most of us who study the recent past are dealing with people who are very much alive. Not only can they “talk back,” as Claire Potter reports, putting a historian’s authority over her own arguments in question, but living subjects also have real privacy concerns. As archivists Nancy Kaiser and Laura Clark Brown warn, this may well lead archives to close collections to historians for decades. Furthermore as more of us work on topics where we can talk to living subjects, Martin Meeker of Berkeley’s Regional Oral History Office insists that historians must move beyond their opposition to the scrutiny of their methods by Institutional Review Boards designed to protect human subjects. Rather, he argues, we should see the need for IRB approval as the perfect opportunity to articulate and outline our methods and ethics.

Not all of us will want to write about the recent past. But those of us who do should do so thoughtfully. As scholars pushing the boundary of the discipline, we have the opportunity to offer important insights that could redefine historical practice more generally. In his 2002 work, The Landscape of History, John Lewis Gaddis compares historians to mapmakers. Like mapmakers, historians seek to provide an approximation of the landscape from a distance, one that offers a representation -- not a recreation -- of reality. Early maps of any territory, Gaddis writes, are usually “crude sketches of coastlines” whose features become more specific over time as other mapmakers revise and revisit them. Those of us writing about a past that is “just over our shoulder” certainly aspire to offer more than a “crude sketch,” but we know that our first histories will be subject to revision and additions as time passes. But we also know, just as those early cartographers, the exhilaration of being among the first to use the tools of our trade to map the topography of the terrain of the recent past.