Dean King: The Saga of the Women of the Long March

Aaron Leonard is a writer and freelance journalist and regular contributor to the History News Network. His writings can be found at www.aaronleonard.net. 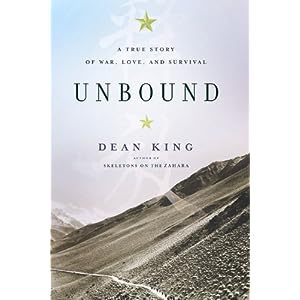 Dean King has just published Unbound A True Story of War, Love, and Survival, which retraces the historic Chinese Long March which pitted the Chinese Communist Party’s Red Army against Chiang Kai-shek’s Nationalist Kuomintang.  King carves into this through the participation of the thirty women who marched with the Red Army branch of Mao Zedong.  I corresponded via e-mail with King about the book.

What was the Long March?

The Long March was a strategic retreat undertaken by the Chinese Communist Army in 1934-35 and is most significant for the fact that it preserved the CCP and saw the rise to power within the CCP of Mao Zedong.  Driven out of their southeast China stronghold by the Kuomintang’s National Revolutionary Army under Chiang Kai-shek, the First Red Army, together with the Communist national leadership, traveled 4,000 miles—mostly on foot—in a single year.  Fighting Nationalist and provincial warlord forces, the Reds also contended with disease, starvation, and exposure while crossing southern China from east to west and then proceeding north to Shaanxi Province.  This epic trek took them through the 15,000-foot Snowy Mountains and the high-altitude bogs of Sichuan Province.  Of the 86,000 men who set out, fewer than 10,000 finished.  Thirty women marched with the First Army; all survived. Three other armies—the Second, the Fourth, and the Twenty-Fifth—were also set in motion and eventually joined forces with the First Red Army in Shaanxi Province after their own Long Marches.

How did you become interested in the women on the Long March?

When I first learned that there were thirty women on the Long March with 86,000 men, I was immediately intrigued.  How could you not be?  Having just written Skeletons on the Zahara, about the crew of a Connecticut merchant ship—all men—wrecked on the west coast of Africa and enslaved on the Sahara, I was struck by the chance of examining a group of women in an equally harrowing and brutal predicament.  As I am the brother of four sisters and the father of four daughters, I have always been surrounded by women.  I immediately felt kinship with this story and knew that writing it would be an adventure not to be missed.

Being a woman on the Long March carried a double burden.  I was struck by the basic biological hardships the women endured; from dealing with menstruation to pregnancy.  Could you talk about how they managed these basic problems and still contributed as much as the men on the march?

They knew not to expect any special considerations.  For their menstrual periods, they had to use leaves, rags, cotton, or ashes.  Sometimes they had nothing at all.  But they did not let that stop them.  They kept going no matter what.  They tried not to become pregnant, because they knew that they would have to march no matter what, and at the end of nine months of suffering, if they were still on the trail, the baby would be left behind.  The women performed many tasks on the trail.  They organized stretcher teams to carry the sick and wounded, recruited troops, foraged for food, acted as nurses and medics, and performed on stage to educated and entertain the masses and the soldiers.  The women stuck together in various groups of friends, helping each other over mountains, nursing each other through illnesses, sharing food, and pitching in when others were too ill or exhausted to perform their duties.

Were you able to talk directly with any living veterans of the March?  How do they see that experience today?

In 2006 and 2009, I met with several Long March survivors and Long March historians.  The crowning moment of my research was meeting with 93-year-old Wang Quanyuan, the last of the thirty women who marched with the First Red Army and could still tell her story (I also met with Xie Fei, who was no longer compos mentis, but could still sing the songs they sang on the Long March).  I spent five hours with Wang over two days at her Jiangxi Province home.  She spoke passionately about her life and her role in the Long March, which was clearly her defining moment.  The Long March had rendered her infertile and a sex slave to a Ma Army officer for two years.  Escaping from the Ma, she was rejected by the Communist Party because she had been away for two years.  The Party was so paranoid that it would not accept this proven veteran back into its fold after she had walked 4,000 miles, watched friends die in battle, and given up her own body for the cause.

You make a point “Most Chinese had little interest in complex theories of labor and capital.”  Instead, they were drawn to the movement by its advocacy of equality and the promise of escape from poverty.” [20] Who took part in this march and why?  Should they have been more interested in the complexity of what they were part of

Most of the women were peasants.  Some of them were educated.  The point I was trying to make is that most knew only what they had seen in their young lives and what their families had experienced.  There was mass starvation when crops were bad, constant toil, and endemic poverty.  There was little or no social mobility.  For women, you had additional issues, such as arranged marriages, domestic confinement, and, for some, bound feet.  Their need for profound social change was so basic and against such long odds, that some understandably were going to seize whatever opportunity they could find for change.

You get a strong sense reading the book that the Long March was not only historically unprecedented but decisive in the formation of the China we know today.  The leaders in the Long March would become the leaders of China—Lin Biao, Zhu De, Zhou Enlai, Deng Xiaoping, etc.  You point out that a quite a number of the participants would come under scrutiny and worse during the Cultural Revolution.  Yet that revolution was also attempting something unprecedented – putting aside the matter of how it was carried out and the various things that happened some of them quite awful.  It did have a purpose, i.e. attempting to stop forces like Deng Xiaoping from taking China toward the capitalist model in play today.  Given all that, what is the continuity and discontinuity between the Long March and where China is today?

The Long March today serves as a symbol shedding of the oppressive bonds of the past in China and the forming of a modern nation, one that is rapidly changing before our eyes.  What I sense from the Chinese readers of Unbound is a desire to leave behind the legacy of Mao—Communist economics and tyranny and the paranoia, brutality, and disregard for liberty associated with it—but a desire to preserve their national identity and history.  The Long March is one of the defining events of modern China.  There is also a desire among the Chinese to know the real story, not the embellished tale promoted by Communist propagandists.  Unbound is another step in grounding the story in reality.  After all, it hardly needs to be embellished.  They went 4,000 miles on foot in a single year.  Isn’t that enough?

Dean King is the author of numerous books, including the highly acclaimed biography Patrick O'Brian: A Life Revealed. King is the series editor for the Heart of Oak Sea Classics and has written for many publications, including Men's Journal, Esquire, Outside, New York, and the New York Times. As part of his research for Skeletons on the Zahara, he traveled the Sahara on foot and camel. He lives with his family in Richmond, Virginia.