Blogs > Steve Hochstadt > The Politics of Fear and Vaccination

The Politics of Fear and Vaccination 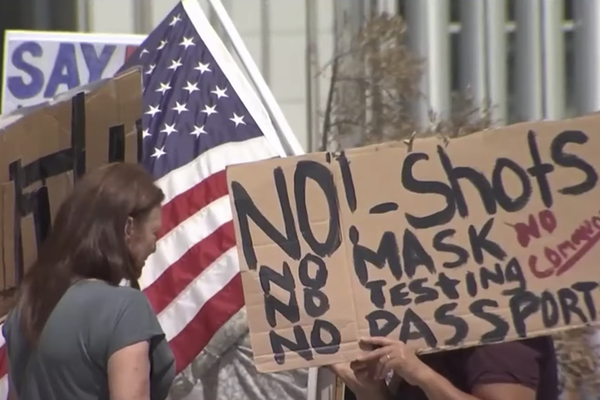 Getting a COVID-vaccine is now totally politicized. The anti-vaxxers, from rural towns to the halls of Congress, gleefully claim that their opposition to vaccination is a principled political position. I think it’s about fear. They are afraid of the shot.

There are good reasons to be afraid. The shot only hurts for seconds, but some people are deeply afraid of all shots. The prospect of getting a needle in the arm genuinely alarms about 1 out of every 20 adults, whose fears have been labeled “blood-injection-injury phobia”. It doesn’t help that the real experience of getting an injection results in no injury, just a pin-prick.

Some people are specifically afraid of the COVID-vaccine. While American medicine has done wonders for most of the population, with new wonders occurring every year, the medical establishment has been especially unkind, even deadly, to some specific groups of people. Black Americans have good reason to distrust the care they might get from the overwhelmingly white and historically racist medical profession, and that mistrust was documented long before anyone knew about COVID. In surveys, the proportion of Black Americans who said they “would definitely or probably get a coronavirus vaccine if it were available” has hovered below half. That legacy of systemic racism is so strong that it can overcome the knowledge that the COVID pandemic has had twice the deadly impact on African Americans as on whites.

People I know have inquired fearfully about side effects, which nearly everyone experiences. Feeling awful when you still have to perform, losing a day of work or child care that you can’t afford, is an obstacle. Assurances that getting the disease is much worse than any side effects don’t help much to allay this fear.

But the loud voices against the vaccine don’t proclaim their own fears. They say that the rest of us shouldn’t be persuaded to get the vaccine, that we are dupes to be vaccinated, that they are righteous patriots to resist the idea of a vaccination program. They obviously have much greater fears.

The anti-vaxxers say that the whole vaccination discussion is political, because for them the decision can have life-altering political consequences. Accepting the vaccine means rejecting their whole political orientation about fake science and fake news and Trump love. It means realizing that the voices they have trusted, Republican leaders and conservative media heroes, have been lying about the disease since the beginning. Maybe they have been lying about other things, too. Maybe about everything.

That is something to be afraid of.

The political fears of Republicans are being tested in real time as the Delta variant causes rising death rates in red states, and by the confusing argument among prominent Republicans. Mitch McConnell said,“These shots need to get in everybody’s arm as rapidly as possible. I want to encourage everybody to do that and to ignore all of these other voices that are giving demonstrably bad advice.” That bad advice comes from other Republicans, who invite anti-vaxx conspiracy theorists to testify in state houses, or try to ban the military from requiring vaccinations, as part of their new blend of anti-government propaganda and Trump cult membership.

Most Republicans who refuse to get vaccinated even think Trump was lyingwhen he revealed that he and Melania were vaccinated. In this case, cognitive dissonance can be deadly.

Conservative politics revolves around promoting fear of imaginary enemies, who are often real people. They have been remarkably successful in driving the rational faculties of their white Christian supporters into submission to fears of mythical beasts. Q is the letter of fear, whether it is carried like the Olympic torch or hidden behind a veil of gibberish.

Fearful people commit dangerous acts against imagined enemies. The rest of us will play the role of those enemies in the minds of red America for some time.