Blogs > Steve Hochstadt > What History Can Teach Us About Capitalism, Socialism, and Inequality

What History Can Teach Us About Capitalism, Socialism, and Inequality 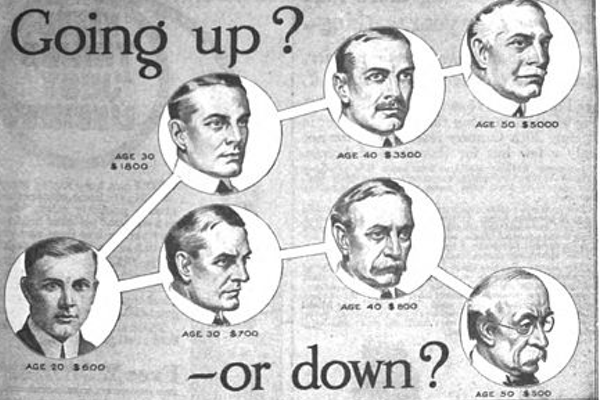 Capitalism based on the profit motive and private ownership is supposed to provide the best economic outcomes for everybody. As the owners of industry and commerce enrich themselves, they provide employment for the rest of the population. Everyone shares in economic growth, even if owners reap a greater share. The metaphor “a rising tide lifts all boats” describes this explanation of how capitalism should work.

Proponents of socialism argue that only the owners of capital profit from such a system. The great majority of people labor for the profit of a few. They propose an economic system based on social ownership and more equal distribution of profits.

These competing theories tend to leave out the role of government in shaping an economy and influencing the distribution of wealth. In every economic system, the state encourages and restricts economic activity, and funnels economic advantages to selected population groups.

In all of the real existing systems that have called themselves socialist, social ownership has meant in practice government ownership. In every case since the creation of the Soviet Union, socialist governments have been dominated by a single political party, which have not allowed any challenges to their power. Inevitably, this has led to the corruption of the ideal of popular ownership of the economy. Those in charge of socialist governments have given themselves and their close supporters economic privileges denied to the wider population, from the special access to goods and services enjoyed by members of the Communist Party in the Soviet Union and its Eastern European satellites to the accumulation of wealth by the leading families of Communist China.

The absence of democracy, the brutal repression of critical ideas, and the continuing economic weaknesses of the Soviet systems led to their collapse in 1989. But not all socialist states were so unsuccessful. China, which had one of the world’s poorest populations through the first half of the 20thcentury, has nearly eradicated extreme poverty, according to the World Bank. Although the Cuban economy is one of the most government-controlled in the world, the poverty level is very low, and education and health care rank high.

In the US, capitalism has sometimes worked to make all boats rise. A remarkable study last year of the history of national income, written by the foremost French researchers about income inequality, Thomas Piketty, Emmanuel Saez, and Gabriel Zucman, shows that from 1946 to 1980, real income doubled across the economic spectrum. That was also a period of extraordinary economic growth: gains of over 5% in gross domestic product for most years, and occasionally more than 10%. The top income tax rate for the richest Americans was higher than 85% until 1964, and then 70% until 1980. Nevertheless, the top 0.01% tripled their income after taxes in this period.

But since 1980, the story has been very different. The income of the poorer half of Americans has remained completely stagnant. The upper half has seen its income grow, but most of that growth has been at the very top: incomes of the top 1% have tripled, and that tiny rich slice earns almost twice as much before taxes as the whole bottom half. The few thousand families in the top .001% have multiplied their income 7 times. Our graduated income tax, along with other income-based payments like Medicaid, does redistribute money toward the bottom, but that hardly dents the huge inequality.

That’s due to political choices. The top tax rate has fallen steadily, to 50% in 1982, to 40% in 1993, to 35% in 2003. The tax rate on capital gains from stocks, which nearly all go to the wealthiest Americans, has also fallen from 40% to 20%. After nearly tripling from 1940 to 1970, the real value of the minimum wage has fallen since then. One of the least discussed but most important political policies that contributes to growing inequality is the ability of the very rich to hide their income in international tax shelters. The leak of the so-called Panama Papers brought the illegal use of tax havens into the international spotlight: the anonymous leaker said he was motivated by “income inequality”. It is estimated than 10% of the world’s GDP is held in offshore banks, including about 8% of American GDP.

Corporations have contributed to rising inequality by boosting the incomes of top management. CEO’s earned about 30 times the income of a typical worker in 1980. That ratio has skyrocketed to 300 times average wages.

Political choices continue to widen the economic gulf between the few and the many. The Republican tax reform of 2017 mainly benefitted the rich, notably by doubling the amount of money that can be left in an estate without being taxed, helping only a few thousand families.

Growing inequality is not only an American problem, but a global problem that keeps getting worse. Between 2010 and 2016, the total wealth owned by the poorest half of the world’s population fell by over one-third. At this moment, the world’s top 1% owns more than all the rest of us. The world’s economy keeps growing, but the yachts of the wealthiest are disappearing from view. Since 2000, the bottom half of the world’s population has gotten about 1% of the increase in global wealth. The top 1% took in half of that growth. The 8 richest men in the world now own as much as the poorer half of the global population, 3.6 billion people.

Rising inequality in the US has provoked louder discussion. Conservatives try to derail political discussions about economic inequality by talking about the “politics of envy”. Mitt Romney as presidential candidate in 2012 criticized President Obama’s concern for the poor: “I think it’s about envy. I think it’s about class warfare. When you have a President encouraging the idea of dividing America based on the 99 percent versus 1 percent—and those people who have been most successful will be in the 1 percent—you have opened up a whole new wave of approach in this country which is entirely inconsistent with the concept of one nation under God.” Scary diatribes about the failures of “socialism” are designed to support the status quo.

It’s a common mistake of both left and right to talk about capitalism and socialism as if there were only two choices. One-party socialist systems in less developed countries have not worked well over the past century. Capitalism as practiced in the United States and many other nations has mainly benefitted those who already are wealthy. The nations in which all citizens gain from economic growth have combined elements of market economies, private ownership, and political policies that mitigate inequality. In western Europe, public health care, nearly free university education, stronger progressive taxation, higher minimum wages, and inclusion of trade unions in corporate decision-making result in much lower inequality and much happier populations.

No American politician argues for replacing capitalism. The political choices of the past 40 years have weakened our national economy and our political unity by favoring the wealthy. The rising tide is swamping too many American boats. It’s time for a different politics.