Blogs > Checkered History > Political Uses of the Past

Political Uses of the Past 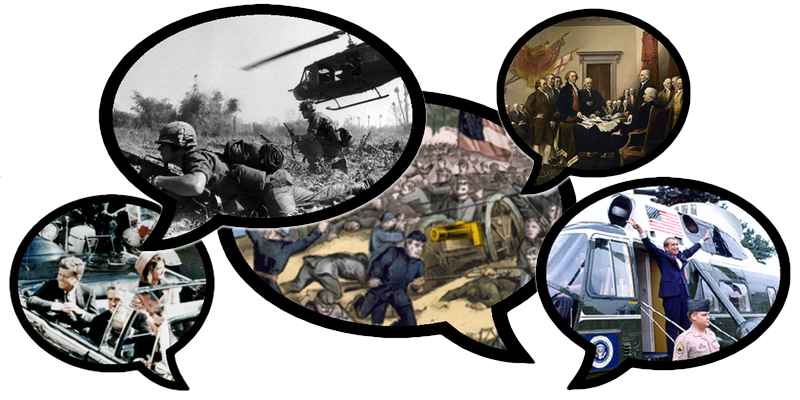 This blog is by Allen Mikaelian. Allen is an editor and writer who specializes in creating meaningful projects for amazing people. He holds a history PhD from American University, is a former editor of the American Historical Association's "Perspectives on History," and lives in Washington, DC.

History matters, and not just because it enriches our lives or provides transferable skills or prevents the past from repeating itself. History also matters because our political class uses it like currency; their perceptions of the past inform their policies, color their rhetoric, and create world views.

A member of Congress recently argued that the Ninth Circuit Court of Appeals, a source of much discontent for the Trump administration, was merely established to bring law to the wild west; now it has outlived its usefulness and can safely be abolished.  A White House spokesperson asserted that the Johnson Amendment, which limits political endorsements by nonprofits like churches, was akin to silencing Martin Luther King. Another member of Congress claimed that the present crisis in Africa is much like the Irish Potato Famine—it was created by politics, not by actual shortages. History matters because our elected officials are making it matter, every day.

The Political Uses of the Past project collects statements by elected and appointed officials who deploy history and historical comparisons in their speeches, remarks, and arguments. The collection is updated nearly every day and focuses on Congress and the administration. Historians are invited to rate and comment on these statements. As the collection grows, the project will include a database and visualizations (much like what you see here). Much else is possible; much else is in the works. And the stream of historical statements by politicians will provide an incredible amount of fodder for whatever comes next.

This project has been brewing for a while, but received a strong push as I watched how our political conversations increasingly disdain facts and expertise. This is of course not particular to history, but historical truth is a frequent victim. Historians are pushing back with solid research and writing, and are taking their expertise into the public square with newfound urgency. This project aims to feed that urge.

My hope is that a historian will see one of these statements and use it as a prompt for further public engagement. The project provides an easy way to do that with a comment form (available to historians after light vetting), but many historians will, I hope, engage by creating longer pieces or find inspiration for lesson planning. Either way, there’s a value in watching closely how politicians are using the past, especially now.

Each week this blog, generously provided by HNN, will highlight a particularly provocative statement, a new trend, or conversations inspired by recent statements. The project is very open to ideas, suggestions, guest posts, and guidance (which you can submit here). Those who are interested in a daily dose of political uses of the past can subscribe to the project's newsletter. (just provide your email in the “Updates” form on the left side of this page. You will receive one (and only one!) email per day with the day’s updates. Daily updates are also available via Twitter, RSS, and Facebook.

As I process the daily onslaught of political uses of the past (read the about page for more on how I’m finding these statements with a nifty bit of machine learning code), I’m finding many more statements than I have time or space to publish, and I’m picking up on some fascinating trends and tropes. Each of these offer opportunities to public-minded historians.

The Teapot Dome scandal, for instance, is suddenly relevant to the issue of Trump’s tax returns. One of the main talking points on the president’s budget is the idea of 3 percent GDP growth being normal throughout US history. And if the administration wants you to take away anything from Trump’s first foreign trip, it is that the trip was “historic” (check the transcripts—they can’t seem to stop saying it).

These threads suggest different political uses of the past and different ways historians can engage. If Teapot Dome is suddenly relevant, explainers by historians would be a great public service. And perhaps that 3 percent growth figure is true. Perhaps not. Either way, it’s a statement that cries out for the kind of historical context that you’re unlikely to get from an economist. Or what exactly was historic about that trip to Saudi Arabia? This is a nation that has been an ally for some time; are we really facing a turning point in that relationship?

History really matters; it is a constant background hum in the cacophony on the Hill and in the White House. The daily updates to this project will prove that. The question then is: What are historians going to do about it?