Blogs > Iwan Morgan > 40 Years of Free Market Policies Is Long Enough for the Magic of the Market to Have Worked. So What Went Wrong?

40 Years of Free Market Policies Is Long Enough for the Magic of the Market to Have Worked. So What Went Wrong? 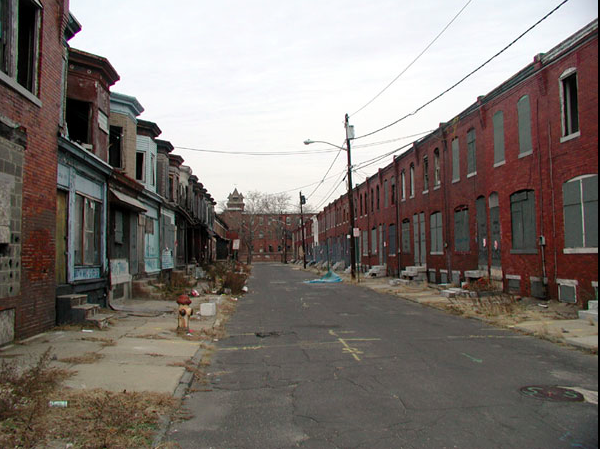 Iwan Morgan is the author of "The Age of Deficits: Presidents and Unbalanced Budgets from Jimmy Carter to George W. Bush" (University Press of Kansas).

In the final week of August 2014, American investors were in seventh heaven. The S&P 500 composite index reached a record high, briefly surpassing the once Everest-like 2,000 mark. For many on Wall Street that was almost as exciting as seeing the Dow Jones Industrial Average surpassing the once-unimaginable 10,000 mark in 1999. Now, of course, 10,000 looks like small potatoes with the Dow exceeding 17,000 this week. Corporate profits are soaring, with growth in excess of 9 percent for 2014 and 10 percent for 2015 predicted by many respected financial analysts.

Compare that with the less than stellar financial performance across the pond. The FTSE 100, London’s blue-chip share index has been stuck in the doldrums for most of 2014 – rather than passing its all-time high of 6930 (achieved in December 1999) as many experts had predicted. Money managers and financial editors in the UK and Western Europe are consequently casting envious eyes across the Atlantic. ‘The US has an uncanny knack for dealing swiftly with its problems,’ wrote London Evening Standard city editor James Ashton (‘Why isn’t the FTSE as bullish as Wall Street?’ 28 August 2014), ‘and its markets have reaped the benefit…. America teaches us that mending banks mends confidence, powers the wider economy and encourages spending.’

Such rose-tinted adulation of the US may be justified with regard to Wall Street, but whether it holds true for Main Street is far more questionable. Floyd Norris of the New York Times aptly summarized the condition of two Americas: ‘Corporate profits are at their highest level in at least 85 years. Employee compensation is at the lowest level in 65 years.’ Corporate profits reached a record-high 10 percent of GDP in 2013, while wages fell to a record-low 42.5 percent – down from 49 percent in 2001.

This reflects a trend that has been ongoing since the mid-1970s regardless of which party has held power in Washington. It partly reflects the structural changes in the US economy whereby the FIRE sector (finance, real estate, and insurance) has supplanted manufacturing as its principal driver. It further reflects the ascendancy of conservative ideas since the economic crisis of the late 1970s.

Whatever brick-bats conservative critics hurl at Thomas Picketty’s thesis about the maldistribution of wealth, it is evident that wages did keep pace with increases in productivity during the ‘long boom’ of the postwar era (1945-1973). The combination of manufacturing ascendancy and Keynesianism ensured a better (but still far from equitable) spread of prosperity in the US in these years.

Today’s troublingly-high unemployment in America reinforces the inequity of wage stagnation by reducing employer competition for workers. U.S. labor force participation is at historically low levels, prompting even the International Monetary Fund to advocate broader economic stimulus. Millions who want to work full time can only find part-time jobs or have quit looking for paid employment. Job creation is lagging far behind what is needed to recover fully from the Great Recession and keep pace with population growth. The jobless rate among non-college educated youth, especially in the African American community, has been for half-a-decade at the kind of crisis level that prompted federal intervention in the 1930s. The decline of unions in the manufacturing sector has further limited the possibility of collective bargaining addressing the relative decline of wages.

If all that was not bad enough, poverty levels reached their highest level during the Great Recession and its aftermath since the Great Society put the issue at the forefront of the national agenda in the 1960s. In 2012, three years after the downturn’s official ending, the Census Bureau reported that 16 percent of the U.S. population was impoverished, including nearly one child in five. In 2013, a UNICEF report fingered the United States as having the second-highest child poverty rate in the developed world, outperforming only Romania. The Democrats had gone ballistic when the numbers of Americans living in poverty hit 14.5 percent of the population in the early Reagan years and had kept up a steady drumbeat of criticism even as the poverty rate declined somewhat in Reagan’s second term. Today, by contrast, poverty does not figure strongly in the national agenda of either main political party.

Given these disparities, commentators like R.J. Eskrow (‘Stock Market Reaches Milestone, But Who Cares?’ LA Progressive, 22 August 2014) are right to talk of two American economies rather than one. The first is the domain of the corporations, the wealthy, and the investor class. The other is the domain of the hard-pressed middle-class and the even more hard-pressed low socio-economic status groups where life is less rosy.

The vast majority of Americans are not sharing in the unprecedented financial boom that benefits the wealthy minority. What’s remarkable is the lack of collective dissent about this situation. If the private economy is not distributing a sufficient share of wealth to the bulk of the population, only government can ensure greater equitability. Conservatives might contend that more statism can only stifle the tide of prosperity that will eventually lift all boats. Such an argument ignores how much the wealthy benefit from public policy in terms of spending restraint, taxation, and deregulation. If the magic of the market really worked, we would have seen the evidence long before now. America has been waiting nearly forty years to see something equivalent to the admittedly-inequitable but still-superior distributive benefits of prosperity of the postwar era.

The American political system currently serves the wealthy few at the expense of the many. That’s also true in the UK and many other places in the developed world. It was America’s apparent success in market liberalization that led to the broader triumph of this philosophy in the late twentieth century. If the United States reverted to a model akin to the mixed-economy approach of its postwar heyday, this would likely have ripple effects elsewhere as the benefits became evident.

It used to be said that Ronald Reagan was the Roosevelt of the right. There is no convenient alliteration for what America needs now in terms of political leadership - other than to hope for a protagonist of progressivism. However, the real change has to come within the broader society’s demand for such leadership, and that seems a long way off. The chances of the 2016 presidential and congressional elections being the present-day equivalent of 1912, 1932, and 1964 look slim to say the least.