This is my contribution to the CounterPunch memorial issue for Alexander Cockburn, the left iconoclast who died recently. 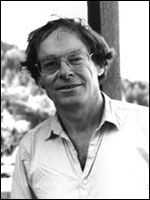 A libertarian--a radical, decentralist, pro-market, but anti-capitalist left-libertarian, at any rate--could tell that Alex Cockburn was exceptional when even his eulogy for a departed Marxist compelled interest.

After the Marxist economist Paul Sweezy died, Alex wrote that Sweezy "trenchantly detected and explained: the reasons for the New Deal's failure, until World War II bailed out the system; military Keynesianism and the Korean war as the factors in US recovery after that war; underdevelopment in the Third World, consequence of dependency that was created by imperialism . . . ; the increasing role of finance in the operations of capitalism. . . ."

The implied debunking of the standard left-right fairy tale that constitutes most people's notion of American history, is--or should be--of great interest to libertarians, who ought to understand that capitalism equals, not radically decentralized freed markets, but exploitative corporatism.That insight and attitude are what drew me and my left-libertarian comrades to Alex. My last contact with him was to ask that he blurb a book to which I contributed, Markets Not Capitalism, edited by Gary Chartier and Charles W. Johnson. He delivered the blurb: "We on the left need a good shake to get us thinking, and these arguments for market anarchism do the job in lively and thoughtful fashion."

Unfortunately, I only met Alex once, in 2008. We both spoke at an extraordinary conference put on by the Future of Freedom Foundation in Reston, Virginia titled "Restoring the Republic: Foreign Policy and Civil Liberties." What was extraordinary was that this well-attended anti-empire, pro-Bill of Rights gathering featured the most prominent conservatives, progressives, leftists, and libertarians who were alarmed about imperial war and domestic tyranny. They included: Glenn Greenwald, Bruce Fein, Stephen Kinzer, Robert Higgs, Justin Raimondo, and Ron Paul.

I knew of Alex's work long before that, and followed his writings in The Village Voice, The Nation, even The War Street Journal. Now, finally, I would have my chance to talk to him. (He had already published me at CounterPunch.) He did not disappoint; he was funny and charming, and interested in what subversion I was up to. I'd like to think we hit it off.

In his wonderfully wide-ranging talk, he discussed the prospect of an alliance between the libertarians and his kind of left. "There has to be more utopianism, and there has to be more straightforward spirit of mutiny, which I think you libertarians are good at offering. If the left would offer a little bit of utopia-some of the utopia may differ-then I think we can continue to have an enjoyable and hopefully a creative association."

When I asked him to elaborate in the Q&A, he referred to an earlier attempted alliance, namely, the old Inquiry magazine (which I helped edit, 1982-1984), which assembled the best anti-statists no matter where they placed themselves on the political spectrum. Acknowledging that there are "some big issues [between libertarians and him] that . . . have to be sorted through," he continued, "I think a battle of the ideas, maybe one a year, would be a lot of fun. We should talk about it. I hope we do." Alas, we never got to do it.