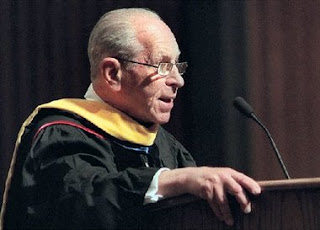 Tom Szasz was what Chris Sciabarra would call a dialectical libertarian. Here's an example. Many years ago the city of Berkeley, California, (if I remember correctly) had a public referendum on whether to outlaw all electroshock, or "electro-convulsive therapy [sic]." Tom endorsed the ban. But he was a libertarian, so how could he possibly support a ban on even voluntary electroshock?

Simple. He knew that electroshock was far more likely to be used on people against their will. In the unlikely case that someone wanted it, he or she could go to a neighboring community. The net result of a ban would be that no one could be subjected to that barbaric procedure against his or her will within the borders of Berkeley. Hence it was a clear-cut victory for freedom.