"Fiction Makes a Better Job of The Truth"? Telling the Erased Story of Lucia Joyce

Annabel Abbs has a degree in English literature and History from the University of East Anglia in the UK. The Joyce Girl was her first novel, and has been published in 15 countries and translated into seven languages. 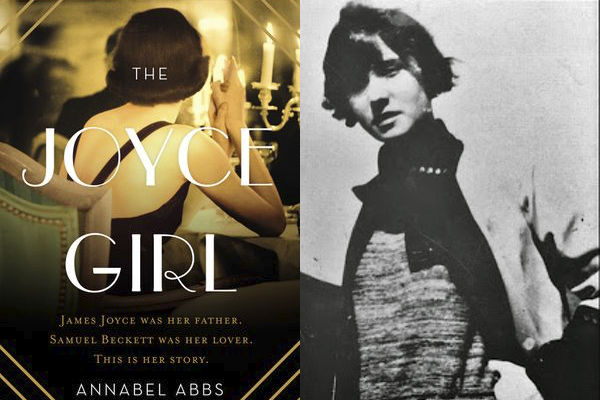 The Joyce Girl tells the hidden story of Lucia Joyce, a dancer who lived in 1920s Paris, and happened to be the daughter of novelist James Joyce.

It was the day after Christmas when I sent the manuscript of my novel, The Joyce Girl, to my editor. I’d spent several weeks drafting and re-drafting, while my family cooked, shopped, wrapped and ate with festive abandon. I didn’t get the break I’d hoped for: my editor asked me to write a new scene.  A scene he felt was vital, but a scene that I had no circumstantial evidence for.

‘I can’t do that,’ I said, ‘because I don’t know that it happened.’ After three years scratching around for every bit of factual accuracy I could find, having to invent an entire scene made me feel deeply uncomfortable. Over the previous years I had traced the 120 homes in which my protagonist lived, tracked down the dance schools she attended and the theatres she performed at, read every surviving letter and diary entry that referred to her. I’d sat in archives, libraries and every park I thought she might have walked through - from Italy to Switzerland to Paris. I’d even spent months learning to dance in the modern freeform style my protagonist pursued, not to mention endlessly listening to the music she danced to. I’d also read every biography and letter of every person alleged to have spent time with her, from Alexander Calder to Sylvia Beach. Most challenging of all, I’d pored over two books that routinely top lists of ‘the most challenging books ever written’: Ulysses and Finnegans Wake, by the legendary Irish author James Joyce.

It hadn’t been easy because my protagonist, Lucia Joyce (James Joyce’s daughter) had been intentionally erased from history. Most of her letters (to her, from her, about her) had been destroyed.  Despite her spending months in analysis with Carl Jung, there were no surviving notes. Despite seeing more than two dozen doctors during her lifetime, not a single medical record remained. Her diaries, poems and the draft of a novel she had supposedly written had also been lost or destroyed.  What remained of her life was little more than a few bald facts strung together and viewed through the lens of other people. She was the subject of a meticulously researched biography, but one with a curious void at its heart. Hardly surprising with so little source material.

I’d realised early on that only a novel was going to give me the emotional truth of Lucia.  Only fiction could provide the emotional access to the past I was looking for.  To experience her life, both in the intense, claustrophobic Joyce household and colourful, creative jazz-age Paris needed imagination, not another biography or history book.

And yet everything I’d written was justified by some scrap of empirical evidence – a newspaper article, words from the report of a bystander, lines from Joyce’s own works. These, however flimsy, had been my anchors, my beacons of veracity.

My editor pointed out that there was no indication that the innocuous scene he wanted me to write – in which an admirer of Lucia watches her in a dance class - hadn’t taken place. He urged me to have a go, persuading me that it would enhance the narrative flow.  Eventually I agreed.  But first I had to banish the academic who squats perpetually on my shoulder like a petulant parrot, demanding a footnote (by way of explanation my father is a university professor).  Once banished, I felt a huge liberation. As if my imagination had been freed from its self-imposed cage. But although I wrote unconstrained by facts, I preserved the fastidious accuracy and exactitude that brings historical fiction to sparkling life – details of clothing, interiors, landscapes, the smells and sounds of 1920s Paris, the traits of my real-life characters.

I began to see that an evocative sense of place and time is often more important than precision. And I realised that the shedding of accumulated knowledge takes imaginative courage. Kill your darlings, indeed.

The experience was so revelatory that I returned to my manuscript determined to rewrite it yet again. Freeing myself from the noose of veracity enabled me to slip beneath the skin of Lucia Joyce in a very different way.  I didn’t veer from a single fact.  But instead of evading the gaps, I embraced them, realising that these gaping speculative holes while anathema to the scholar are the shadowlands where historical fiction lives and breathes.  They are the spaces closed to biographers and historians – the omissions, repressions, evasions of history, the tantalising voids that paradoxically illuminate what Virginia Woolf called ‘the thoughts and emotions which meander darkly and obscurely through the hidden channels of the soul.’

Besides, my research had revealed just how slippery ‘facts’ can be.  Because Lucia’s own voice had been effectively smothered, most ‘facts’ came from those later responsible for incarcerating her in a series of mental asylums and hospitals.  Few sources are genuinely independent, memory is notoriously fickle, and all facts are open to interpretation. My fellow writer, Louisa Treger, describes historical fiction as a lie through which the truth can emerge.

Writers exploring lost voices, or restoring marginalised voices, have to be capable of shedding the weight of historical precision.  Fiction provides, uniquely, the chance to view major events and significant personalities through the eyes of a narrator displaced from history. It gives a voice to the dispossessed, the disempowered and the suppressed: women, the poor and illiterate, people of colour.  When centre-stage is occupied by someone with a different viewpoint, the reader experiences history differently, perhaps in a more complex and nuanced way.

Personally, I don’t like huge departures from the truth.  If we’ve learnt anything from the doyenne of historical fiction, Hilary Mantel, it’s this: interpret and imagine thoughts and emotions as much as you like, but make sure your research is rigorous and thorough.

For me, this meant writing tens of versions of The Joyce Girl in order to find that delicate balance between historical accuracy and imaginative flair. It also meant a lengthy Historical Note and a full biography where I listed all my sources. And while Mantel may dislike the ‘cultural cringe’ of an author’s Historical Note, I always want to know where I can find more.

When I started my second novel, Frieda: The Original Lady Chatterley, my liberation was complete. I had learnt to lean on the empirical evidence in order to explore experience, rather than letting the evidence confine me. I had learnt to construct an historically detailed and precise scaffolding on which to string imagined emotional truth – without misrepresenting the facts.

And as Doris Lessing famously said, ‘There’s no doubt fiction makes a better job of the truth.’