Samantha Benthien is an intern for the History News Network. 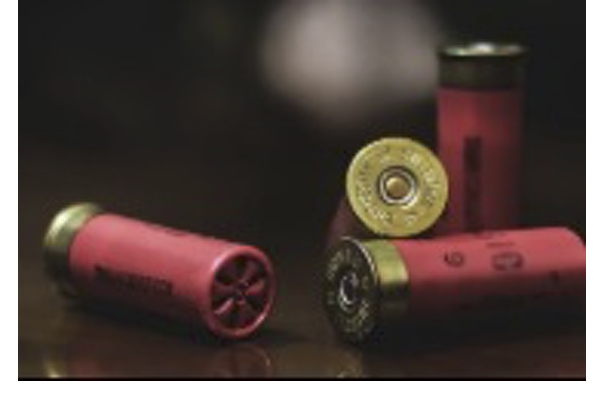 Receiving a breaking news alert about a mass shooting in the United States is no longer shocking, but anxiously anticipated. As the prevalence of gun violence and mass shootings continues to exponentially increase, asking the question “Did you hear about that shooting?” is now often met with the question “which one?” Americans have become shockingly desensitized to the constant violence caused by guns, and the significance of a mass shooting is appraised by the number of casualties inflicted, rather than the frequency at which these shootings occur.

While all Americans mourn the lives lost, politicians remain divided about the best solution. Those who support gun control attribute the recent increase of mass shootings to the lack of federal regulations on the sale of guns. Contrastingly, those who advocate for gun rights argue that they have the right to be armed according to the Second Amendment and that the removal of weapons from American citizens would be unconstitutional. However, gun control in America has not always been a polarized, uphill battle. Historically, support for gun control has been largely influenced by how gun violence and gun ownership have effected and subsequently shaped our political and social spheres. Understanding the turbulent history of gun control in the United States can explain why Americans cannot agree on gun control legislation when it is most needed.

The origins of gun control began in 1934 when the violence caused by crime boss Al Capone incentivized Congress to pass legislation that required all gun sales to be recorded in a national registry as a way to regulate who owned firearms in the country. About 25 years later, the first single gunman mass shooting occurred in Camden, New Jersey. Howard Unruh killed 13 people in his neighborhood in 1949, bringing large-scale awareness to gun violence in the United States. But it was the assassination of President John F. Kennedy in 1963 and Rev. Martin Luther King Jr. in 1968 that sparked unprecedented public support for gun control at that time. These events catalyzed The Gun Control Act of 1968 which became law on October 22, 1968. The federal law prohibited the sale of mail-order guns, banned all convicted felons, drug users, and those found “mentally incompetent” from owning a gun, and changed the age of legal purchase to 21. Upon signing the Gun Control Act of 1968, President Lyndon B. Johnson stated: “We have been through a great deal of anguish these last few months and these last few years - too much anguish to forget so quickly… We have made much progress--but not nearly enough.”

However, President Johnson’s call to add more regulations on gun sales in America did not come to pass. The rising crime rates in the 1960s generated widespread concern about violence in the United States. Many believe this fear of crime was compounded by racialized fears of black people with guns. For many, this intensified the perceived need to obtain a firearm for personal protection. As concerns for personal safety escalated, the National Rifle Association utilized the Second Amendment and its large political influence to lobby against previously established gun control policy.

Surprisingly, the NRA was not always opposed to gun control legislation; in fact, they supported initial efforts that enforced gun control, including the Gun Control Act of 1968. But as more and more individual Americans began buying firearms, the NRA lobbied to equate gun ownership with American freedom, as they interpreted the Second Amendment as the right for all citizens to bear arms individually. The NRA tried to convince the public that owning a gun was more than just a way to ensure personal safety: it was patriotic and a constitutional right. This newfound change surrounding the appeal in gun ownership, which stemmed from the NRA’s social and political influence, led to the 1986 Firearms Owners’ Protection Act. Ultimately, this law rescinded the majority of the gun control legislation that was established in the Gun Control Act of 1968 and included a prohibition on the previously implemented national registry of gun owners. This dramatic transformation in gun control legislation combined with the growing patriotic sentiment surrounding gun ownership coalesced into the polarized gun control issue the United States has come to recognize.

Since the 1986 Firearms Owners’ Protection Act, the NRA has fought hard to keep gun control to a bare minimum and has continued to promote this patriotic culture within communities that advocate for gun rights. It is important to note that in recent mass shootings, the majority of weapons used in these situations were purchased legally, despite several gunmen having documented mental health issues or criminal histories.  Although 89 percent of Americans support expanding federal background checks and all 19 democratic candidates running for the 2020 presidency support an assault weapons ban, Congress is seemingly unable, or unwilling, to pass gun control legislation.

Unfortunately, the topic of gun control in the United States is one that is both painfully familiar and extremely taboo. It has become a topic that has permeated into our everyday lives, yet discussing its history and complexity is avoided at the dinner table. But we need sufficient gun control legislation now. What is strikingly clear is that our current gun control legislation is simply inadequate at protecting Americans and is allowing those who want to hurt or kill large numbers of people as quickly as possible to obtain the means to do so both legally and with ease. Our history demonstrates that gun control legislation is not impossible to achieve, but also warns that how we frame gun ownership impacts political outcomes. When we glorify guns, it is harder to pass new gun control legislation. We must learn from historical trends and consider them as we continue to take steps towards implementing effective gun control today.