Maestro Is Out of Tune 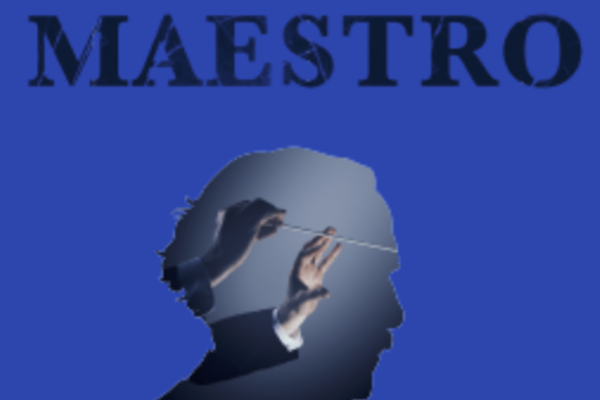 Arturo Toscanini was one of the greatest symphonic conductors in the history of the world. He first raised his baton at the age of 19 and pretty much kept conducting until his death at the age of 82. The Italian genius led orchestras in numerous nations and even the famous NBC Symphony orchestra in New York. His orchestras played some of greatest classical music ever written and had some of the planet’s great musicians in them. Among the singers he worked with were superstars Ezio Pinza and Enrico Caruso. A little-known chapter to most Americans was his running battle with Benito Mussolini, the fascist Italian dictator, Adolf Hitler and their goons from the early 1930s to the end of World War II.

Now that intriguing story is finally being told in a new play, Maestro, that opened last night at the Duke Theater, 229 W. 42d Street, in New York. It stars John Noble, includes a small orchestra that plays composition by some of the great composers and has a vivid historical video news clip show that tracks the Mussolini takeover in Italy.

Maestro does not work, not at all. The legendary Maestro drops his baton in this drama, and that is sad because the story is so fascinating and inspiring. The play, though, is really out of tune.

In history, Toscanini was publicly critical of both German Chancellor Adolf Hitler and Italian dictator Benito Mussolini, sided with the Jews all over Europe against the fascists and was condemned by the Italian government. The conductor eventually fled the country. Generally speaking, that story is told in the play, but most of the interesting aspects of his war with the fascists are left out by playwright Eve Wolf.

Toscanini refused to conduct in Italy because of his hatred for Mussolini and so he led orchestras in other countries nearby and his audiences there were enormous. That’s not covered sufficiently in the play.

The program notes tell the vivid story of how Toscanini helped Italian Jews escape transport to camps and how he even got them out of Italy and helped find them jobs in the U.S. That is not in the play.

In 1931, six years into Mussolini’s reign, Toscanini was physically assaulted by fascists, but that story is not in the play. Musicians are quoted in the program notes recalling how Toscanini not only made them better musicians, but better people. That is not in the play.

He was one of the star conductors of Germany’s Bayreuth Music Festival, but he quit in 1931 as the Nazis marched towards power. In Italy, he refused to play the new fascist national anthem that Mussolini insisted upon, infuriating the Italian strongman. Again, not in the play.

Toscanini’s defiance of Mussolini never ended. As an example, he refused to ever show Mussolini’s photograph at concerts, as just about everyone else did. An angry Mussolini had Toscanini’s phone tapped and had him followed. Not in the play.

There are several problems with Maestro besides its thin history. First, it is a one man show and Noble has to carry the whole drama on his shoulders. The tale cries out for other characters, such as his wife, Carla, the NBC brass who created their symphony just for Toscanini in 1937, his many musicians, music lovers and, of course, Il Duce himself. This is great play waiting to happen. It does not happen at the Duke.

For some bizarre reason, playwright Wolf slips in the five-piece orchestra to play numerous classical music pieces by Verdi, Wagner, Gershwin, Tedesco, and others. The music goes on and on and on. Actor Noble could have lunch between each piece. The musical interludes seem longer than Mussolini’s nearly 20-year reign in Italy. The orchestra has absolutely nothing to do with the story (the musicians in the orchestra, Mari Lee, Henry Wang, Matthew Cohen, Ari Evan, Maximilian Morel and Zhenni Li, are quite good, though).

The book is choppy. It starts with Toscanini yelling at “musicians” who are audience members and then he is off discussing the last years of his career, skipping over all the years, the decades, that made him so famous.

Questions are never answered. Toscanini tells the audience that he and his wife had not slept with each other for over twenty years, that he did not see her from 1938 to 1945 and did not get a single letter from her for seven years. When he returns to Italy at the end of the war, he tells the audience he is stunned that she was not there to greet him. Huh? In the play, Toscanini sort of left out the fact that during his marriage he had affairs with half the women in Italy and one third of the women in America. And the wife did not want to see him?

We are told the Mussolini has taken his passport, which means he can’t leave the country, but then he pops up in New York City with the NBC Symphony. How did he do that? At one point in the story he shows up in Palestine to lead an orchestra made up of Jewish refugees. How did he get there? Did someone invite him? Did he get off the train at the wrong stop? What?

He returns to conduct at La Scala, in Milan, but says he won’t walk the streets of Milan. Why?

Noble does a decent job portraying Toscanini in this play directed by Donald T. Sanders, but, unfortunately, he has a very weak book to work with and is unable to tell much about the fabled conductor whom Mussolini hated so much. You might have learned much about history but did not.

This play is like a concert in which much of the music is missing.