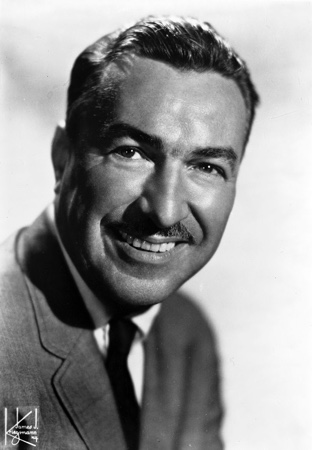 There is a large photo outside of the Castillo Theater on W. 42d Street in New York, where Peter DeAnda’s new one-man drama Adam, about Adam Clayton Powell Jr., is playing, that shows the longtime, controversial Congressman getting ready to talk to a huge street crowd in Harlem. It is a mesmerizing photo because it caught the popular Powell in the middle of his Harlem flock and at his best. This one single photo reminds everybody of what a charismatic leader Powell was from the 1930s to the 1970s.

The play about him, that just opened, is a nice story about Powell’s achievements in his lifelong battle against racism in which he represented Harlem for nearly three decades in Congress. It is also an interesting look at how the public perceives its Congressmen.

The story is appropriately set on a beach on the island of Bimini, in the Bahamas, where Powell, a fishing fanatic, spent much of his time. The Reverend is seated in a beach chair, fishing cap on his head, sunglasses on his nose and hands on a fishing pole. From his beach chair he goes back through time to tell his story in a favorable way.

Powell became the minister of a large church in Harlem and then plunged into politics. He led marches, demonstrations and strikes in the 1930s to get more African Americans hired in stores and hospitals, fought for better education and public housing for blacks and built a large base following in Harlem. The charismatic, handsome community organizer was elected to the New York City Council in 1941 and went to Congress as one of its first blacks for the first time (he served through 1970). There he fought for the Kennedy and Johnson administrations' Civil Rights programs.

The play is full of solid history and takes the audience all the way back to the start of the Depression when Powell and others served as the pioneers of the Civil Rights Movement, which did not gain full strength until thirty years later. You learn much about the role, and importance, of the minister in African American neighborhoods, the battles between community leaders and city officials and the power of the mass demonstration. You learn much about the street politics of New York City in the 1930s and 1940s, too.

It is a good story, but not really a complete one.

What always annoyed people about Powell was his cavalier attitude, frequent absences from Congress, rumors of infidelity, three wives, long travels at government expense, sometimes with young women other than his wife at the time, irreverence toward Congress and his determination to turn every one of the scandals in which he found himself involved into conspiracies to victimize him for being a liberal and being black.

He was also a political maverick. He did not maintain close ties to his party, the Democrats, and often feuded with other leaders in the Civil Rights Movement. He broke party ranks and campaigned for Dwight Eisenhower in 1956, infuriating the Democrats.

The problem with Adam is that the playwright ignores this well-known history. He glosses over a lot of the troubles in the life of the Congressman. He is portrayed as a distinguished minister, a righteous man of the cloth and public servant who was unfairly victimized all of his life and ignores the fact that the Congressman created his own problems.

Powell’s extravagant playboy life finally caught up to him in the late 1960s when Congress, fed up with his parties, womanizing, travels at government expense and maverick politics brought him up on charges and censured him (the vote was 307 to 116). He was booted out of Congress.

It was at this time, pleading innocent to all charges, that Powell developed his famous line to his followers, “keep the faith, baby.”

He ran for his old seat in a special election and his Harlem constituents, who loved him no matter what happened, returned him to Congress with an astonishing 85% of the vote. He then sued the government, won and went back to Congress a year later. Congress was not finished with him, though. He lost his seniority and his chairmanship of the Education and Labor Committee. Added to all of that was the case of Yvette Diago, his third wife. She was a paid employee of his but lived for six years in Puerto Rico, reportedly not doing any work for his office. It was a classic case of an alleged no-show job and helped to end to his career. He lost the 1970 election and retired, dying two years later.

The story that is told, despite its omissions, is a good one, full of history and information about one of the well-known figures of the Civil Rights movement. It just needs to fill in the holes.

Director Ajene D. Washington gets a solid performance from Timothy Simonson. He is tentative as Powell at the start of the play, but by the middle of it is impressive, especially when he preaches sermons as Powell the minister, which drew a roar from the crowd.

So, in the end, who was Adam Clayton Powell, Jr., a saint or a sinner?