Emilie Raymond is an associate professor of history at Virginia Commonwealth University. She is the author of three books on Hollywood and politics, including "Stars for Freedom: Hollywood, Black Celebrities, and the Civil Rights Movement" (University of Washington Press, 2015). 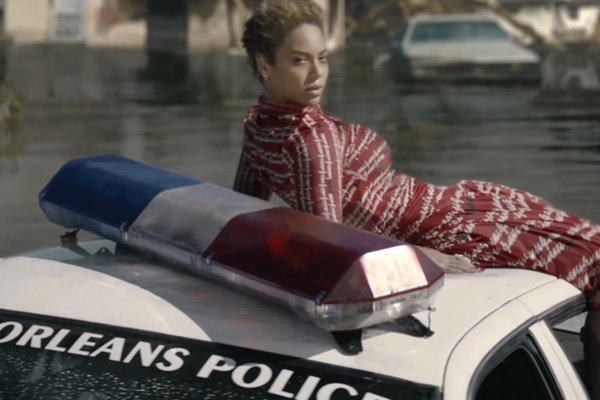 After years of distancing themselves from controversial political causes, the billionaire hip-hop mogul Jay Z and his equally famous wife Beyoncé appear ready to carry the torch for civil rights. Jay Z’s Tidal music donated $1.5 million to the Black Lives Matter campaign and affiliated organizations only one day before Beyoncé shared her politically-charged video “Formation” for free. Combined with the activities of such other stars as the singer John Legend and the actor Jesse Williams, perhaps the mantle for civil rights will be passed from such veteran celebrity activists as Harry Belafonte and Sidney Poitier, who raised money and awareness for the civil rights movement in the 1950s and 60s, to a newer generation. With the Black Lives Matter campaign itself in a transition phase, Jay Z and Beyoncé’s support comes at a crucial time, and could have long-lasting significance for what is now being called the “new civil rights movement.” 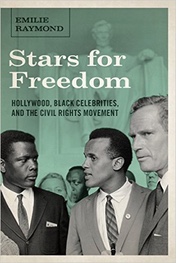 The couple’s support has not been automatic. When Belafonte expressed his disappointment in their failure to support liberal social causes in 2013, Jay-Z pushed back. On his multiplatinum album Magna Carta Holy Grail released that same year, Jay-Z rapped, “Mr. Day O, major fail,” referring to Belafonte’s most famous song, “respect these youngins boy, it’s my time now.” In an interview, Jay-Z said his “presence was charity,” claiming that he provided more opportunities for African Americans as a businessman than as an activist, giving him a reputation as a selfish egomaniac. However, in 2014 Jay Z was credited with delivering “I Can’t Breathe” t-shirts to the Brooklyn Nets and Cleveland Cavaliers players before a December game in support of protests against police brutality involving the unarmed Eric Garner, who died during an arrest. His final words—“I can’t breathe”—were caught on tape. In 2015 a Black Lives Matter activist claimed that Jay Z and Beyoncé wired thousands of dollars to bail out protesters jailed in St. Louis and Baltimore during demonstrations regarding the deaths of Michael Brown and Freddie Gray, although the couple never confirmed the story. Tidal’s recent $1.5 million donation, raised through a charity concert also involving the rappers Lil-Wayne and Nicki Minaj, is a major break from the couple’s previous behavior.

Likewise, Beyoncé’s song “Formation,” performed live at the Super Bowl, is far more political than her usual pop fare. The video includes images that reflect contemporary racial concerns, including what many African Americans considered a slow federal response to help black victims of Hurricane Katrina and unjustified police shootings of unarmed black men. Beyoncé expresses pride in her regional background in the song’s opening: “My daddy Alabama, Momma Louisiana; You mix that negro with that Creole make a Texas bamma.” However, the video imagery harkens to Southern Gothic, alternating between wealthy plantation settings and low-rent street scenes, highlighting the corrupt and decaying nature of southern society. The video’s final image, in which Beyoncé sinks into flood waters atop a police vehicle, is a powerful statement on the region’s ills. The song’s final line—“always stay gracious, best revenge is your paper”—suggests that success and money can be used to overcome such problems, perhaps explaining Tidal’s recent donation.

Jay Z and Beyoncé are by far the wealthiest celebrities, with the most visible media platforms, to align with Black Lives Matter. They have begun to play a role very similar to Belafonte, who used his artistry as a platform to explain racial issues to mainstream audiences, and to raise hundreds of thousands of dollars for the cause both behind the scenes and in large benefit concerts. Belafonte worked closely with Martin Luther King, Jr. and with the youth-based Student Nonviolent Coordinating Committee (SNCC). Much like Black Lives Matter, it was a small and raw organization. It came into the national spotlight for lunch counter sit-ins and the Freedom Rides on interstate busses traveling through the South. However, as the Freedom Rides came to a close, SNCC arrived at a critical juncture, and wondered where to go next. Belafonte donated $40,000 of his own money (about $320,000 today) to finance voter registration projects in the South, thus allowing SNCC to evolve into a constructive organization with a specific program. The SNCC activists help lay the groundwork for a voting rights bill and King’s Selma campaign, which led to the Voting Rights Act of 1965, one of the most significant pieces of legislation of the 20th century.

Belafonte, along with Poitier, the comedian Dick Gregory, the actors Ossie Davis and Ruby Dee, and the entertainer Sammy Davis, Jr., served as a cadre of celebrity support to the civil rights movement, providing financing, publicity, strategic advice, and emotional support to movement organizations and activists.

Their involvement shored up the financing and media exposure that ensured the movement was not a short-term phenomenon but a national movement. With Belafonte, Poitier, and Gregory all about 90 years-old, and Ossie, Sammy and Dee dead, it is crucial for a younger generation of stars to accept the baton of civil rights activism. If Jay Z and Beyoncé continue to do so, they will give Black Lives Matter the resources to perhaps influence American society as significantly as King and SNCC.