This Is Why the Art Market Is So Frenzied

James Hamilton is an art historian and biographer. Formerly a Fellow at St Antony's College, Oxford, he is now University Curator and Honorary Reader in the History of Art at the University of Birmingham in England. He is the author of A Strange Business: Art, Culture, and Commerce in Nineteenth Century London, out now from Pegasus Books. 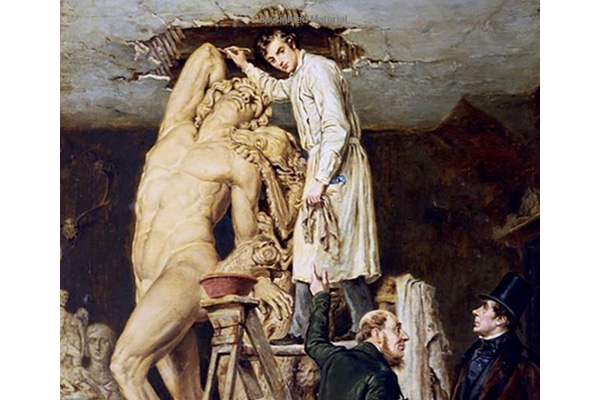 A thriving art market is an essential component of a capitalist economy. Without an art market —no matter its stage of its evolution—there can be no prizes of lasting value. It is just the same in other walks of life: As the sportsman plays for the cup, the entrepreneur plays for the Koons. Art is the prize. And human nature has not changed that much over time. While a zillionaire today might aspire to own a Jeff Koons, a Cy Twombly or a Damien Hirst, two hundred years earlier, the same wealthy individual might have played for a Claude, a Reynolds, or a canvas by that young upstart Turner. 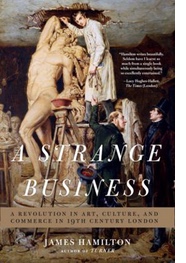 Demand in the art market must always greatly exceed supply. If it doesn’t, dealers are there to check it. That is why artists’ prints are sold in strictly limited editions today, and why, in 1855, a London print dealer organized an exclusive gallery soirée for his guests to witness the smashing of the engraved printing plates of a dozen popular images by popular artists. By so publicly smashing the plates, the dealer, Thomas Boys, was ensuring that their prints could retain ‘sterling and lasting value,’ and their images could ‘never become common.’

The difference between art and industry is that while a particular piece might no longer be made (however much you might wish for it), art will never cease production. Artists will be around so long as there are humans. The profession of art probably vies with only one other to be the world’s oldest profession. If one kind of art dries up as time and tide pass by, another will grow in its place. Artistic expression is as natural and as close to the core of life as the human scream. If an artist’s work goes out of demand, either that artist will change tack and produce something new or else refuse to change and thus fail and somebody else will move in. This natural law scuppered the nineteenth-century painter Benjamin Robert Haydon, who obstinately continued to produce large history and religious paintings even though the world was losing interest. Others, like Turner, made so much money when they were young and in demand that, in their older years, they had the luxury of scorning public opinion and painting however they wanted. (That surely is the ideal career trajectory, but one which only the most dogged and accomplished artists would achieve.)

Art certainly is ‘a strange business,’ as Turner himself remarked, and in A Strange Business I have tried to show how the revolution in art, culture and commerce in nineteenth century London kept pace with the industrial revolution and acted as its sharp and shining point. Since the mid-eighteenth century, industrialization had changed the face of Britain and spread rapidly across Europe and to the United States. The huge profits from industry not only financed the growth of towns and cities, the improvement of infrastructure, the capital in the banks and (slowly and sparingly) an improvement in social welfare, but also enabled a rapid growth in expenditure on art and decoration in the splendid houses of the rich. After all, a house is not complete when the last brick is placed on the chimney but rather when the drapes go up at the windows and the paintings are hung on the walls.

The trick was in being able to hold onto the collection once it was bought. In a capitalist society, there are always winners and losers and it was a regular and natural occurrence then as now for great collections of art to be sold to stave off ruin. The princely and ducal collections of Europe were sold during the late eighteenth century revolutionary period and largely bought up by British collectors. Similar works found their way from Britain and Europe to America in the later nineteenth and twentieth centuries when the tide of industrial and commercial money flowed westwards. Now, Chinese and middle eastern capital draw European art eastwards. Art is part of the flotsam in the economic ocean. Back in the early nineteenth centuries, some unlucky dealers got badly burnt – Noel Desenfans was landed with the large and expensive old master collection he had amassed for the King of Poland but suffered when the king abdicated and he was left only with the pictures, a vanished client, and a huge debt. That story, however, had a happy ending when the collection was bequeathed to form the nucleus of the Dulwich Picture Gallery near London.

Evolution in the natural world causes plumage and particularity to hone themselves to peaks of effectiveness and stability. When a species can no longer maintain its natural balance, it becomes extinct. As in evolution, so in the art market. What I have tried to do in A Strange Business is to capture the simple, eternal fact of economics and human desire: that a little bit of extra loose expenditure on something pretty or contemplative to cheer us all up is not a luxury but a necessity; that excess wealth needs to be reflected or announced in some way, as a flag announces a castle; and that it is a heck of a lot easier for artists to do what they are driven to do when there is a paycheck coming from a patron of the arts.

Life deserves to be decorated. At the high end, we might buy a painting of a bunch of flowers; at the simplest day-to-day end of the scale, we just buy a bunch of flowers. In New York a few years ago, I saw an advertisement for Citibank. It read: ‘For a good return on investment, buy flowers.’ It works, I assure you.