Alexander Hamilton and the Hip Hop Founding of America 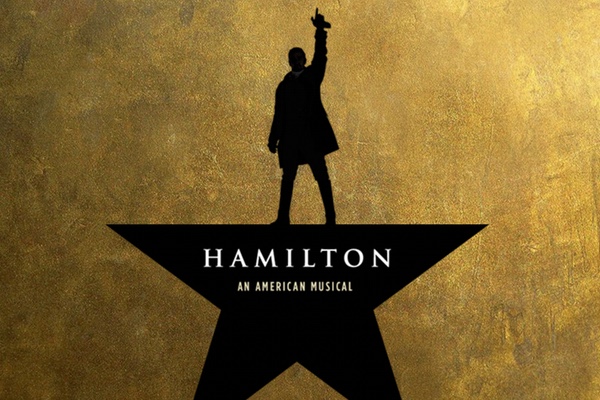 Think about the picture of Alexander Hamilton on the ten dollar bill. Patrician? Glamour boy? A marble man?

Now watch the opening number in the new Broadway hit musical Hamilton, in which Alexander Hamilton emerges at the end of the song as a genuine singing and dancing hip hop historical entertainer, a Kanye West with a musket slung over his shoulder, a Jay Zee with a draft of the Constitution in his hand.

It is difficult, but not impossible, to create great plays, and movies, about historical events, but really hard to create the stories of the important men and women who made this nation. The reason is that these people are so famous that it is a task for writers to capture their personalities. For nearly a hundred years, admirers of Abraham Lincoln cried out for some movie that showed him as the titanic man he was, and not the drippy Father Abraham, the above-politics hero who bound up the wounds of the nation with a prayer book, black top hat and a few words at a small Pennsylvania town. They finally got it with Steven Spielberg’s recent movie Lincoln.

Except for the HBO series on John Adams, there have been very few decent plays or films about heroes of the American Revolution (the television series Turn is more about the spies than George Washington). That’s because we see these colonial era men and women from so long ago as dancing the minuet at elegant balls or peering down at us from large murals on the walls of public buildings.

But now that is all over because America has Hamilton, the sensational Broadway show that has just opened at the Richard Rodgers Theater on West 46th street and whose music is tearing the roof off the sedate old theater that is packed with overflow, roaring crowds every night of the week. Hamilton is the revolution on stage, history come to life, strong fists thrust into the air and bold men and women singing their hearts out for the overthrow of the British yoke and the emergence of a new world order on the shores of the United States.

The show, with book, lyrics and music by marvelously gifted Lin-Manuel Miranda, who also stars as Hamilton, is one of the best musicals in the last thirty years, history or non-history, and will run for another thirty years. The French revolutionaries in the long running Les Miserables? Eat your hearts out monsieurs -- these American revolutionaries are taking over the town.

Hamilton does not succeed because of its brilliant hip hop music (it is really a standard Broadway musical with a half dozen hip hop songs thrown in), eclectic staging, fine performances, soaring historical themes (they raise the roof for freedom, they really do). It does not thrill audiences of Americans and tourists from all over the world because of its multitude of songs, inspired choreography or marvelous history tales.

It is one of the best musicals ever for the same reason as the others – Miranda tells a passionate, complex story about Hamilton. His portrayal of him is deep and personal, multi-layered and evocative. This is a play about a brilliant man, a great leader, but a man with numerous personal flaws, an egomaniac who had trouble getting along with anyone, a man who could not keep his mouth shut, a husband who cheated on his wife for months, a politician who annoyed everybody and a man who, in the end, angered the despicable Aaron Burr into murdering him in a fabled 1804 duel.

Miranda’s story covers all of the events in the storied Hamilton’s life: his arrival form St. Croix, the money genius, his role as Washington’s right hand man in the Revolution, his lobbying to get the Constitution ratified, his job as the first Secretary of State, his establishment of the money system and the National Bank and his fabled duel with Burr in Weehawken, New Jersey. The musical traces his public life and portrays his private life with loving care. It chronicles his marriage to one Schuyler sister and the love the other sister maintains for him for decades. There is his affair with the saucy Maria Reynolds and his public acknowledgement of it, that ruins his career. There is the death of his son in a duel, his departure from the government. It is all there, but it is put together very, very carefully and, hour after hour, minute after minute, the man comes to life, warts and all, bathed in both criticism and glory.

The actors who play the key roles in Hamilton make the show a winner. Miranda is the complicated, ever-yearning for success Hamilton, always telling people to “take their shot” in the new America, and he takes his, again and again. There is Christopher Jackson as a solid George Washington, a tall man with a huge swagger who looks every bit the national hero. Leslie Odom Jr. steals the show in many places as the despicable Aaron Burr (oh, he is despicable!). Daveed Diggs is a mercurial Thomas Jefferson, big hair, big beard, big personality, and a funkadelic vision all the way. One of the real stars of this show is Jonathan Groff as the always smug King George III, who bullies and brags and then, when he loses the war, whimpers and whines.

The show has several themes. There is the theme of too much ambition. From the time he leaves St. Croix until his death, the compulsive Hamilton (I kept seeing the energizer bunny commercials every time he took the stage) pushes and pushes for some hard to see goal up ahead, uncaring about the people he bruises along the way. Others, such as Jefferson, Washington and Madison, are far more careful.

Another theme is ego. Hamilton is drench in it. And you thought Donald Trump was egotistical!

There is love, but not just love of a woman. Alexander Hamilton loved his country, very deeply, and that is evident in every scene of the play.

There are many other themes that run through the show. Two of the strongest are that America was created by very different people with very different personalities and agendas who fought with each other almost as much as they fought with the British. Second, it was the immigrants and oppressed, Hamilton from the Caribbean, Lafayette from France, the soldiers from Ireland and the former slaves in uniform, who won the war and started this country.

Best of all, Hamilton is a slice of American history brought to life on the stage. The actors who portray Hamilton, Washington and the others are triumphant in the way they bring the history of the Revolution and the country’s founding to life – the good and the bad. It is a vivid musical, an absorbing story. And why shouldn’t it be? America is, and continues to be, an absorbing story, good and bad, and always will be.

Director Thomas Kail has done a fine job with the play and gets much help from musical director Alex Lacamoire, costume designer Paul Tazewell and choreographer Andy Blankenbuehler, who gets impressive performances form his dancers. The American revolutionaries could fight, but they could sure dance, too.

Hooray for Hamilton! Let’s have more plays about history and its famous men and women like this one.