Why We Love Prison Stories, from the 1922 Chain Gang Movies to Netflix’ Orange Is the New Black 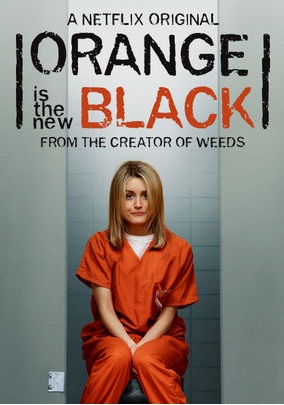 I just cannot wait for season three of Orange is the New Black, the hit Netflix prison series, to premier on Netflix this week . With the vicious inmate villain Vi dead, who will fill the power vacuum at the women’s prison in Litchfield, Connecticut? Will the posse still run the kitchen? Will Red get out of the greenhouse? Will Chapman completely end it with her former fiancée, Larry, go back to girlfriend Alex, or find a new man? Or woman? Will Crazy Eyes calm down? Will the people running the prison all get indicted?

There has always been drama in prison stories, all the way back to the silent era chain gang films (Whipping Boy, 1922) and those marvelous 1930s black and white movies, such as I Am a Fugitive from a Chain Gang, Each Dawn I Die, Prisoner of Shark Island, Angels with Dirty Faces and The Big House. The prison story hooked us long ago, regardless of whether It was set in a male prison, female prison, prisoner of war camp, prison hospital or foreign prison - and continued to spin its magic through films such as the One Flew Over the Cuckoo’s Nest ,Les Miserable,. Shawshank Redemption, Cool Hand Luke, The Great Escape, Papillion, Midnight Express, The Green Mile, Stalag 17, Brubaker, or even way, way back to the Count of Monte Cristo and its many versions. Do not forget all of the many Alcatraz movies, either.

What is it about prison stories that intrigue us? Orange Is the New Black was not only a viewers’ winner over the last two years for Netflix, but picked up numerous wins and nominations in Golden Globe and Emmy awards. The soap-opera-ish story of a woman’s prison has feuds, fights, sex, threats, road rage, betrayals, lies, corruption, riots, and brutal guards.

What’s not to love?

Prison stories are marvelous entertainment because they take place on a great isolated, enclosed set in which writers can spin any number of human dramas, one better than the last. The stories use exotic and dangerous characters, macabre back stories and highlight good and evil in many ways.

They also tell us a lot about history over nearly 100 years of American life and that history reflects not just the history of the prisons and their inmates, but of the country and its people and the problem we encountered in law enforcement and criminal justice. And penal facilities are always in the news. There is always a riot or protest somewhere and some television station is always deep into an investigative report on one of them.

Jails have always been in the news. Many critics have said that penal institutions have become an outrage, a national disgrace. Today the U.S. houses over two million inmates, the highest number in the world and the most in American history. Some are in the middle of long sentences and some are incarcerated for third strikes in three strike states (a third strike brings a lengthy, mandatory sentence). People fume that while prisons do punish people, they do not rehabilitate them (high recidivism rate). The inmates are costing taxpayers a fortune and something needs to be done about it – fast.

The orisons are good homes for dramas. Prisons are parallel universes to our own, where anything can, and does, happen. One of the major reasons why prison movies, television series and plays have worked so well over the years is that hundreds of prisoners have been recently released because DNA tests proved their innocence. This means that there are probably hundreds of other prisoners behind bars who are innocent, too, and many innocent men who were imprisoned or executed throughout history. Americans love stories of innocent men, righteous victims, who struggle to be free and hate oppressive wardens and guards who execute and hold men behind bars who may be not guilty..

There are only a dozen or so basic plots in the prison genre, but when the films are well directed and actor bring depth to their characters the stories soar and touch our hearts.

The most popular plots:

Incarcerated men befriend each other against the guards and the system, the lone struggle of the individual in the vast and scary prison system, a sinister place where he immediately loses his personal identity. Innocent men can get out, even if they have to escape, such as in the The Shawshank Redemption. Rival gangs battle each other, and the facility, and justice of some sort wins out. Women, guilty and not guilty, unite against a common opponent – the warden and guards. Women are supported/abandoned by loved ones on the outside. We admire the tough guy prisoners, men and women, who survive torture and endless days in the hole (Bridge on the River Kwai). We enjoy the ‘good’ prisoner vs. the ‘bad’ guard and ‘corrupt’ warden tale. The innocent inmates are always very good and the wicked wardens are always really wicked.

Prison movies have changed over the years, according to Steve Greenfield, who wrote Films and the Law, and Paul Mason, who edited Criminal Visions. In the 1920s and thirties, due to the Hays Production code, all prison dramas adopted the “crime does not pay” theme (at the end of Public Enemy, criminal Tom Powers, played by James Cagney, MUST die). In the 1940s and 1950s inmate rehabilitation was featured. There were few films in the 1960s, but many in the 1970s. It was in that era that deeper, more personal movies were made, featuring innocent men suffering and/or escaping (Remember Escape from Alcatraz?). In the ‘90s, stories of good men falsely imprisoned and trapped by dreadful wardens and cops emerged (Shawshank Redemption). Now, in the 21st century, we have multi-layer TV series and movies such as Orange is the New Black. Today we also have prison TV series such as HBO’s Oz that are extremely well made and whose directors and actors see prison films as an important genre that connects directly to real life.

Many follow the structure of Shawsank Redemption (my favorite). A clean cut man whom all the inmates admire is found to be innocent and yet the warden will not let him go free. The inmate then sabotages the corrupt, greedy warden, gets him arrested and, the night before, flees to Mexico with all the money he stole from the warden. Good defeats evil, as it does in most prison films. And then, of course, there was Angels with Dirty Faces, starring tough guy James Cagney. In it, ruthless crook Rocky Sullivan fakes an emotional breakdown as he goes to the electric chair in order to be a coward and dissuade the kids who admire him from a life of crime.

In most genre films, it is easy to compare what you see on the screen to real life. Lawyer movies? We all know lawyers. Politician movies? We all know politicians. Sports? We know athletes. Romances? We know them, too. But we do not have any idea what life is like in prison. So we trust the directors, actors and writers in those movies to give us a reasonably accurate picture of what life in jail is like. Now, we know that the stories are going to be dramatized and exaggerated for the screen. The real Robert Stroud, the lovable Birdman of Alcatraz, was a psychotic, his guards said. But we depend on them for some truth. They are not like normal films. They are special.

What always struck me as interesting about prison films, too, is that you find out about inmates in odd ways. One of my favorite was a 1960s documentary about Johnny Cash’s fabled concert inside California’s Folsom Prison. You gained a wonderful perspective on inmates there through the documentary that surely no one ever intended.

No matter how you look at prison movies, though, the truth about life there lies in that line from a Johnny Cash song about the fabled California lock-up:

“San Quentin, I hate every inch of you…”