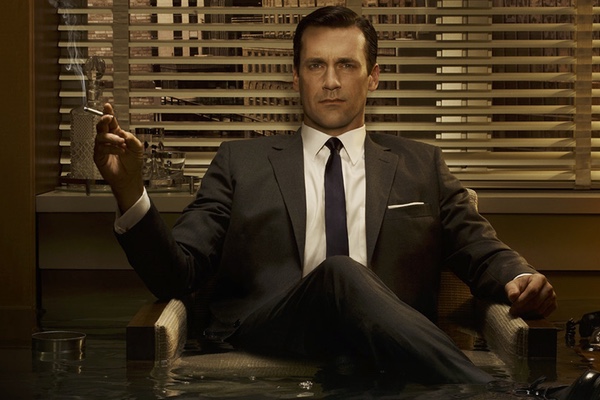 April 5 marks the beginning of the end for Mad Men, and viewers anxiously await a final coda to creator Matthew Weiner’s tale. Will advertising executive Don Draper’s tumultuous peaks and valleys experiences of the 1960s conclude with happiness or tragedy?

The 1960 film, The Apartment, and presidential history during that decade, may hint at an answer. 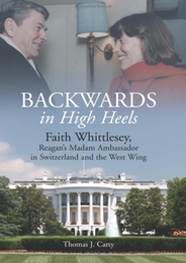 Mad Men creator Matthew Weiner has cited this Academy Award winning movie as an important inspiration for his serial drama. Since The Apartment ended on a positive note with the main character finding love, viewers might expect a similar conclusion to Weiner’s production. More significantly, The Apartment stands as a cultural symbol of the youthful optimism for social change that many Americans associate with the 1960s. Along with the defeat of Richard Nixon by the youthful, vigorous John Kennedy in the 1960 presidential election, The Apartment’s director, Billy Wilder, helped create today’s conventional wisdom that the year 1960 represented a break from the staid conformity characteristic of the 1950s.

In The Apartment, Director Wilder presents protagonist C.C. “Bud” Baxter as a young, bored number-cruncher (played by Jack Lemmon) in the accounting division of a corporation known as Consolidated Life Insurance. There are two primary settings where the characters interact—the vast 19th floor of seemingly endless rows of desks in the skyscraper where Baxter works, and Baxter’s small apartment in New York City.

The story’s problem emerges when Consolidated Life’s personnel director Jeffrey Sheldrake asks Baxter if the rumors are true that married senior executives have borrowed Baxter’s apartment to conduct secret extramarital affairs. Sheldrake’s intent, we soon discover, is not to reprimand Baxter, but to borrow his key so that Sheldrake may have exclusive privileges to bring his own mistresses to Baxter’s den of iniquity.

Although Sheldrake rewards the junior executive with a 27th floor private office and a bowler hat to boot, Baxter soon regrets the decision when he finds himself having to choose between his career and his love for Fran Kubelik, an elevator operator (played by Shirley MacLaine) in his company’s building. When Baxter discovers that Kubelik is one of Sheldrake’s conquests, he must either cling to his newfound place on the corporate ladder or fight for this damsel in distress. In witnessing Baxter’s decision to abandon the company in exchange for romantic love, we recognize a rejection of the 1950s culture of conformity which sociologists, novelists, and journalists portrayed in books such as The Power Elite, The Man in the Grey Flannel Suit, and The Organization Man. 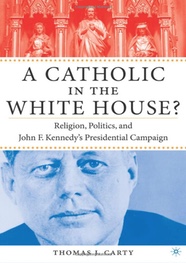 The Apartment concludes with Baxter’s rejection of conformist and debased corporate culture, but Mad Men presents Don Draper as still engaged in the struggle to maintain individual autonomy in the complacent, risk-averse, and conformist white-collar world. In order to carry the drama forward through the 1960s, Weiner created a character more complex than Wilder’s Baxter. Viewers balance Don’s misogyny against his elevation of his secretary Peggy Olson to a position of copy editor. His infidelity is placed in the context of his troubled past growing up in a whorehouse. In the Darwinian jungle of corporate America, furthermore, Draper’s ambition and authoritarianism appear somehow necessary for a man who began without inherited wealth or business contacts.

In Season One, Weiner used the Nixon-Kennedy presidential contest as a Hegalian thesis-antithesis recasting of The Apartment’s theme. Nixon hires Draper’s advertising firm, Sterling Cooper, to help publicize his 1960 presidential campaign. The upstart Kennedy’s victory appears as a tragic defeat for the company’s corporate elite that seeks to perpetuate the conformist 1950s. The image of a triumphant Kennedy symbolizes the hope for change in the new decade, and Draper appears to represent this icon of youthful optimism. In one episode, a character describes the youthful, handsome, and decisive Draper as Kennedyesque—distinct from the common corporate type--saying “You’re JFK!”

But Draper identifies more with Nixon. Somewhat surprisingly, Weiner’s protagonist thinks Nixon’s defeat says more about how the candidate’s handlers failed to present his background than about the spirit of the age. When Draper sees Nixon, he says, he sees himself—a self-made man of the people. Draper’s self-image is not as a member of the power elite, but neither as an idealist. He is a working class man pursuing the American Dream. While many of the Mad Men characters—including Draper—appear to admire Kennedy, the president’s tragic assassination in 1963 casts a pall over the ebullient optimism which Draper, his family, and work associates embodied in the first three seasons.

Given that the program is concluding during 1969—Nixon’s first year as president--Washington Post opinion writer Alyssa Rosenberg has posited that Nixon was “the key to understanding Don Draper.” In Rosenberg’s view, Nixon’s ability to come back from multiple political defeats—including the 1960 presidential campaign and a failed 1962 bid for governor of California—appeared as the model for Draper’s similar skill at surviving setbacks by reinventing himself.

The Kennedy-Nixon dialectic certainly serves as one way of understanding the tension between hope and cynicism in Mad Men, but another politician--Ronald Reagan—may provide the model that Weiner has in mind for Draper’s ultimate fate. Draper’s creative genius and macho cool seems more similar to Reagan’s Hollywood confidence and calm than to Nixon’s calculated professionalism. While Nixon and Draper certainly reinvented themselves multiple times, Draper does not seem to share the dark side that Nixon’s closest aides identified in the former president.

Reagan’s sunny optimism wedded to “tough love” conservatism seems to embody the synthesis that Draper will need to embrace in the years following the Kennedy and Nixon administrations. Similar to Reagan, who was elected governor of California in 1967 (and again in 1971), Draper survived by balancing artistic and practical responses to challenges. Hollywood plays an important role in Draper’s professional and personal lives. Reagan’s divorce and remarriage serve as another parallel with Draper (and not with Kennedy or Nixon). Finally, Reagan’s penchant for concealing his inner self appears akin to the mysterious Draper, who hides his true identity as Dick Whitman from even his closest friends, who are few.

If The Apartment served as a Muse for Weiner’s Mad Men, viewers can expect Don Draper to walk off the screen this year facing a sunny future. Just as Billy Wilder’s film portrayed the protagonists as rejecting 1950s corporate conformity, Mad Men began in 1960 with a theme of individual liberation. The Apartment did not require C.C. Baxter and Fran Kubelik to sacrifice the ideal of romantic love, and Mad Men has vindicated that choice by celebrating the 1960s office culture as a space of social revolution.

But as 1969 draws to a close, Draper will need to engage with the rise of corporate power during the Age of Reagan, as historian Sean Wilentz has characterized the 1974-2008 United States. Indeed, one of the subtexts of Mad Men has been the rising importance of work in the lives of Americans. Weiner’s narrative has shown how corporate America’s adoption of the 1960s liberation movements strengthened rather than weakened capitalism’s roots in the United States. In many cases, Don Draper and his colleagues Pete, Ron, Joan, and Peggy formed closer relationships with their colleagues and their firm than with their own wives, husbands, and children. Weiner surely knows that the show’s fans want those bonds to last a lifetime.