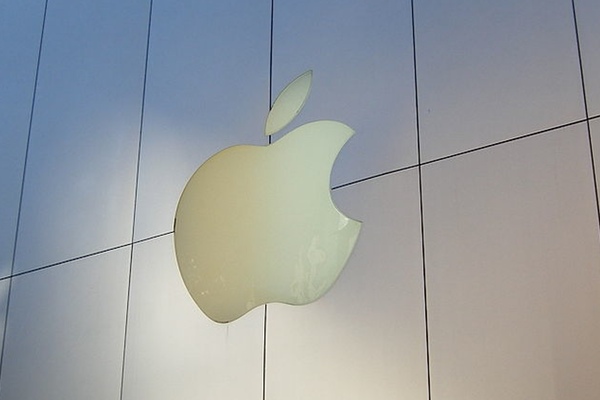 On April 9th Apple’s CEO Timothy Cook’s show-and-tell created media frenzy as he revealed the new iPhone 6, iPhone 6 Plus, and Apple Watch, a minicomputer to be worn on one’s wrist. Some media also repeated Cook’s previous words, “Our whole role in life is to give you something you didn't know you wanted. And then once you get it, you can't imagine your life without it. And you can count on Apple doing that.”

The dramatic roll out of Apple’s new products and the media attention it garnered, plus the more than 4 million pre-orders of the iPhone 6, reveal something important about the American character. Almost two centuries ago the Frenchman Alexis de Toqueville wrote that Americans “will habitually prefer the useful to the beautiful, and they will require that the beautiful should be useful.”

Decades earlier in the midst of the British Industrial Revolution, the poet Wordsworth wrote:

The world is too much with us; late and soon,

Getting and spending, we lay waste our powers;—

Little we see in Nature that is ours;

We have given our hearts away, a sordid boon!

In many of his other poems, such as “Ode: Intimations of Immortality from Recollections of Early Childhood” and “Lines Composed a Few Miles above Tintern Abbey,” he expresses the belief that perceiving nature’s beauty enables us to live wiser and better lives. And Wordsworth had his American admirers who also valued beauty, men like Ralph Waldo Emerson. His “Ode to Beauty,” declares “All that’s good and great with thee / Works in close conspiracy,” and in an essay on beauty he wrote: “The soul seeks beauty. Beauty, in its largest and profoundest sense, is one expression for the universe. . . . Truth, and goodness, and beauty, are but different faces of the same All. But beauty in nature is not ultimate. It is the herald of inward and eternal beauty.”

John Muir, who admired both Wordsworth and Emerson and did so much to establish Yosemite and other beautiful areas as national parks, was another American who emphasized beauty. And he lamented the preference for making money as opposed to seeking beauty. In 1908 he wrote:

For everybody needs beauty as well as bread, places to play in and pray in, where Nature may heal and cheer and give strength to body and soul. This natural beauty-hunger is displayed in . . . our magnificent National parks—the Yellowstone, Yosemite, Sequoia, etc. —Nature's own wonderlands, the admiration and joy of the world. Nevertheless, like everything else worth while, however sacred and precious and well-guarded, they have always been subject to attack, mostly by despoiling gainseekers, —mischief-makers of every degree from Satan to supervisors, lumbermen, cattlemen, farmers, etc., eagerly trying to make everything dollarable.

Six years before Muir wrote these words, philosopher William James decried “the worship of material luxury and wealth, which constitutes so large a portion of the ‘spirit’ of our age.” But by then, the United States was already well on the road to becoming fixated on consumption. As historian William Leach has written:

Making “everything dollarable,” confusing “the good life with goods,” ignoring the importance of beauty, these have been important phenomena during the last century of U. S. history. Poets and other writers have sometimes bemoaned these tendencies. In 1950 one of America’s most prominent historians, Henry Steele Commager, stated: “Who, in the half century from Cleveland to Franklin Roosevelt, celebrated business enterprise or the acquisitive society . . . ? Almost all the major writers were critical of those standards, or contemptuous of them.” But the writers were no match for our consumer capitalism and our dominant consumer culture. Our economy and dominant mass culture have, in the spirit of Timothy Cook, constantly increased our appetite for more goods. They have been true to the spirit of the words of the mid-1920s leading paper in Muncie, Indiana: “The American citizen’s first importance to his country is no longer that of a citizen but that of a consumer. Consumption is a new necessity.” “The way to make business boom is to buy.” In 1987, over 90 percent of U. S. teenage girls in one survey listed shopping as their favorite leisure activity. In a 2012 U.S. poll, only 2 percent of respondents listed a concern about “beauty and art” as among their most important values.

The overvaluing of material goods like iPhones and the undervaluing of beauty have important repercussions for our lives today and in the future. In How to Achieve a Heaven on Earth, which contains 101 essays by influential people including President Obama, Copthorne Macdonald writes that “values are at the heart of the matter.” He quotes a famous neuropsychologist who wrote that “human value priorities . . . stand out as the most strategically powerful causal control now shaping world events.  More than any other causal system with which science now concerns itself, it is variables in human value systems that will determine the future.”

The harm that our misplaced values can do is especially apparent in regard to our present environmental crisis. If we loved beauty more and the latest technological goodie less, we would not be in the current fix that we are. Economist / environmentalist E. F. Schumacher (1911-1977) faulted capitalism for doing what Apple constantly does—expand our needs. He thought that “the cultivation and expansion of needs is the antithesis of wisdom.” By advertising and marketing, we encourage a “frenzy of greed and . . . an orgy of envy,” and we fail to consider adequately “the availability of basic resources and, alternatively or additionally, the capacity of the environment to cope with the degree of interference implied.” Decades ago Schumacher observed that we are in danger of building up “a monster economy, which destroys the world.” In his posthumous collection, Good Work,he criticized modern industrialism by saying it is “mechanical, artificial, divorced from nature” and that it contains “no element of Beauty, Truth, or Goodness.” And he adds, “People matter. Nature matters. Beauty matters.”

Our failure to appreciate beauty is evident all around us. Look at our strip malls, our traffic snarls, our heaps of litter.

In Sinclair Lewis’s Main Street (1920) he has his heroine walk down a town’s main street, one that resembled “ten thousand towns from Albany to San Diego.”

In all the town not one building save the Ionic bank which gave pleasure to Carol’s eyes; not a dozen buildings which suggested that, in the fifty years of Gopher Prairie’s existence, the citizens had realized that it was either desirable or possible to make this, their common home, amusing or attractive.

It was not only the unsparing unapologetic ugliness and the rigid straightness which overwhelmed her. It was the planlessness, the flimsy temporariness of the buildings, their faded unpleasant colors. The street was cluttered with electric-light poles, telephone poles, gasoline pumps for motor cars, boxes of goods. Each man had built with the most valiant disregard of all the others.

I think that I shall never see

A billboard lovely as a tree.

Perhaps, unless the billboards fall,

I'll never see a tree at all.

More than a half-century later billboards, other forms of ads, and consumer capitalism still trump any concern for beauty. Ask parents whether their children pay more attention to the beauties of nature or to their smartphones, tablets, and computers. And appreciating beauty goes far beyond just that of seeing it in nature. How often do we enjoy the beauty of good and kind acts?

Take for example the case of Dorothy Day. In 1933 she began establishing Hospitality Houses, where needy persons received food, clothing, shelter, and other help. A biographer once wrote about her: “She was profoundly attentive to beauty and managed to find it in places where it was often overlooked—in nature, in a piece of bread, in the smell of garlic drifting out a tenement window, in flowers blooming in a slum neighborhood, in the battered faces of people who had been thrown away by society.” But perhaps the greatest beauty was in her everyday acts of kindness to those she helped.

Wordsworth was right: “Getting and spending, we lay waste our powers.” Muir was right: we need beauty and should not seek to make everything “dollarable.” And Schumacher was right: “The cultivation and expansion of needs is the antithesis of wisdom.”