Report: Adjunct Historians Very Much at Bottom of the Barrel 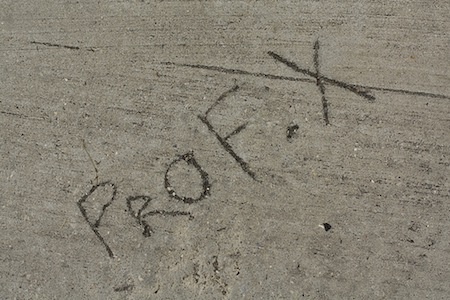 “Adjunct and contingent faculty have a very, very desperate sense of their future,” Edward Reiner, the report's primary author, said in a phone interview. “The consensus, particularly within the humanities, is that adjuncts are treated very poorly, and most never see full-time employment.”

Reiner is an adjunct professor of continuing and professional studies at New York University. He was commissioned by the OAH, along with market researcher Catherine Walton, to analyze data on contingent faculty in all fields released by the Coalition on the Academic Workforce in 2012.

The CAW report surveyed nearly 20,000 contingent and adjunct faculty at colleges and universities across the United States on their working conditions. Reiner and Walton, using membership rosters from the OAH and the American Historical Association, filtered the 731 historians who participated in the survey, and compared their responses to the larger dataset compiled by the Coalition.

The study found that 54 percent of adjunct faculty are under the age of 35; 45 percent hold master's degrees and 31 percent PhDs; and 52 percent earn less than $35,000. By comparison, American Historical Association data compiled in 2010 shows that the average salary for new assistant professors of history is approximately $52,000.

Many surveyed hold full-time positions in all but name, but are classified as contingent faculty to keep costs down.

Unlike tenure-track historians, most adjuncts lack a basic benefits package. One in ten adjunct historians lack health insurance (though some 40 percent have shared-cost insurance plans through their employers), only around a quarter have employer-supported retirement plans, and less than 2 percent have access to child care. Eleven percent of contingent history faculty are union members, compared to the 23 percent of full-time history faculty who work at institutions with a collective bargaining unit, according to the most recent CUPA-HR salary report. (The full CAW report notes that 39.4 percent of all contingent faculty have union representation.)

“In the sciences and in business, job prospects and salaries are better for contingent faculty,” he said. It is in the economic interests of colleges and universities, he added, to use inexpensive adjunct and contingent labor to control costs by teaching less profitable humanities courses.

Ironically, according to the OAH press release that accompanied the report, historians are actually more optimistic about their chances of securing full-time and tenure-track appointments than their counterparts in other disciplines.

But “historians are very much at the bottom of the barrel,” Reiner cautioned. “They just don't have the same career options available to them” as faculty in the sciences and business.