Just How Many History MOOCs are Being Offered Now, Anyway? 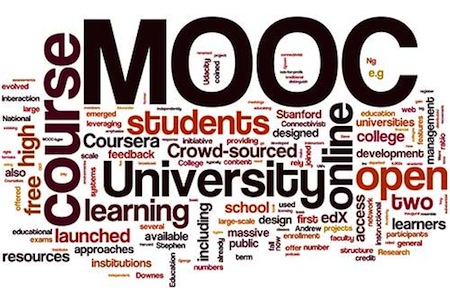 Though many historians are nervous about the potential massive disruption in higher education due to the proliferation of massive online education courses, only a handful of MOOCs are actually dedicated to history.

Of four of the largest MOOC providers survey -- Coursera, edX, Udacity, and Semester Online -- only eight history courses actually taught by history faculty are being offered.

Popular MOOC provider Coursera only has two dedicated history courses taught by historians open for registration as of June 9, though at least one additional class is in development.

EdX, the non-profit MOOC established by Harvard and MIT, also offers eight history classes, but most have a classics or literature focus and are taught by professors from classics, English, or area studies departments.

Udacity does not offer history or traditional humanities courses at all, focusing instead on STEM and social science courses.

The free history MOOCs available for registration (edX courses with an explicit literary or anthropological focus have been excluded, as have courses currently in progress or in development):

Despite the relative paucity of history offerings, the entire MOOC concept is still very much in its formative stages. John McNeill, professor of history at Georgetown University and vice-president for research at the American Historical Association, acknowledged as much in a March 2013 column in AHA Perspectives. Colleges and universities across America are assembling committees to develop MOOC strategies, and McNeill acknowledged that the proliferation of history MOOCs is more or less inevitable.