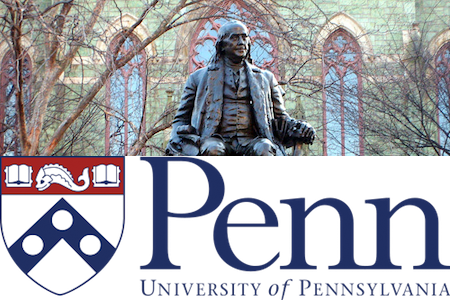 Stephanie McCurry, Christopher H. Browne Distinguished Professor of History at the University of Pennsylvania and a distinguished scholar of the Civil War era, will be leading a new massive online open course this fall about the history of slavery in the United States. It will be based on her popular UPenn course, “The Rise and Fall of the Slave South,” a survey-level class.

The course, which has yet to be officially titled, is the product of the partnership between UPenn and the popular MOOC provider Coursera.

Professor McCurry says that she became interested in teaching a MOOC after spending three years as undergraduate chair at the university, during which she saw a decline in the number of enrollments in history classes.

MOOCs offered an opportunity to shake up the field.

“I became interested in pedagogical and curricular questions, and I'd already begun a series of initiatives within my department to move away from standard survey/AP-style courses.”

Intellectual curiosity also provided a major catalyst for the course. “This will not be a one-way conversation” between the lecturer and the student, Professor McCurry said.

Growing up in Northern Ireland and going to school in Canada, she said, gave her a unique perspective on the history of American slavery, which is often taught without a broader global perspective. “If I'm lucky,” she said, “the class might draw interest in other parts of the world who might see themselves as part of a related history [of slavery.]”

So few historians have taught MOOCs – Jeremy Adelman at Princeton University and Philip Zelikow at the University of Virginia have been two of the pioneers – there is ample room for experimentation.

“Right now, I'm refining how long the course is going to be, and what kind of material is going to be in and out of it.” McCurry said. The question of assessment is also up in the air, though weekly quiz assignments are likely.

Coursera "encourages you to use the cheapest and most widely available materials."

One of the challenges of designing the course – which will not be offered for credit – is that all of the required course material must be available for free. Professor McCurry said that she can offer a list of recommended readings that will cost money to access, but Coursera “encourages you to use the cheapest and most widely available materials.”

Copyright is also an issue – all materials must be cleared of any copyright issues before they're incorporated into the course. “Even on Wiki Commons, you can't assume copyright has been cleared.”

As a result, McCurry predicts that most of the required readings will be primary source documents, as (most) nineteenth-century material has long since entered the public domain.

The course will be finalized throughout the summer.