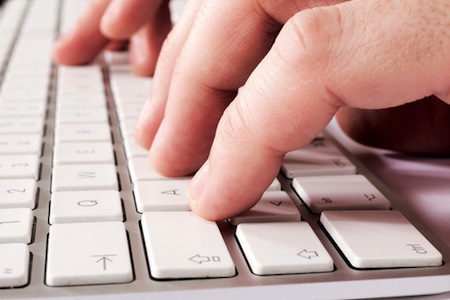 “When colleges and universities finally decide to make full use of the Internet,” Randall Stross, a professor of business at San Jose State, wrote back in 2011, “most professors will lose their jobs.”

With the proliferation of massive online open courses (MOOCs), Stross wrote in an email to HNN, that time may have come.

On May 30, Coursera, the Silicon Valley MOOC provider founded by Stanford University computer scientists in 2012, announced that it had just signed agreements with ten state universities systems to produce and share online courses for credit.

Coursera, which until now has generally partnered with elite colleges to provide free versions of courses designed by so-called “superstar” professors, develop “guided” courses with its individual state university partners and license “adopted” course from other universities.

The cost per course, according to the Chronicle of Higher Education, will be a flat fee of around $3,000, with additional costs on a sliding scale depending on student enrollment.

“I am feeling … future shock”

History faculty at the Coursera-partnering institutions say they were taken somewhat aback by the news. “I guess that I am feeling like someone suffering what Alvin Toffler called future shock,” Richard F. Ham, chair of the SUNY Albany history department, wrote in an email. “It has come so quickly I am not sure what to think.”

“The timing was clever with the semester over and most faculty away,” agreed Charles Steen, history department chair at the University of New Mexico's flagship campus at Albuquerque. “There had been no discussion in advance.”

Even when faculty were consulted, their recommendations were often ignored. “I was a member of the MOOC Task Force last year [for] the University of Nebraska, Lincoln,” William Thomas III, chair of that campus's history department, wrote in an email. “The University of Nebraska system did not seek input from our Task Force. We did not recommend offering or accepting Coursera courses for credit and, in fact, we recommended that the university study further the issue of which platforms to consider.”

Coursera is not the first MOOC provider to partner with state universities to provide credit course. Udacity, a for-profit organization, launched a pilot program with San Jose State University in January; Georgia State announced it would consider treating MOOCs as equivalent to transfer credit in February.

But there has been a backlash at some schools. In April, Amherst College turned down an offer to join edX, a non-profit provider created by Harvard University and the Massachusetts Institute of Technology. Duke University faculty voted down an offer to offer credit courses through 2U the same month, and in May, San Jose State's Faculty Association published an open letter urging caution over the partnership with Udacity, expressing concerns over pedagogy.

MOOCs have also been the subject of an intense debate amongst historians over the past year, despite the fact that only a handful of history classes have been offered by Coursera, edX, and other major MOOC providers.

“This has all happened so quickly.”

“Massive online courses are an experiment,” said Jeremy Adelman, Walter Samuel Carpenter III Professor in Spanish Civilization and Culture, who taught a world history class on Coursera last year. His own Coursera venture was an experiment, he added, in which he wanted to enrich his global history courses by involving people from around the world.

Adelman pointed out, however, that he owns all the rights to his class, and will never offer course credit for it outside of current Princeton students. “Coursera is exploring something I'm not involved with or interested in, which is making profit off of the failures of the New York and California university systems. I don't think this is a solution to those market failure problems.”

“This has all happened so quickly,” he went on. “Within six months [of Coursera's founding], hundreds of institutions were rolling onto the platform, and no one really knew what the fuck they were doing.”

Adelman, however, says he is learning – the 2.0 version of his class will debut on Coursera in September.

San Jose's Randall Stross, who began his career as an historian of modern China, predicts that MOOCs will continue to expand at breakneck pace. With the immense investment in MOOCs – Coursera alone raised $22 million in its first few months – and advances in software “the cost of developing wholly online courses [is] no longer the obstacle it was” in 2011.

And with budget-conscious university administrators eager to cut costs, Stross says, at non-elite state institutions “it does not seem farfetched to predict that [as MOOCs like Coursera mature] faculty billets will soon permanently disappear as faculty members retire.”